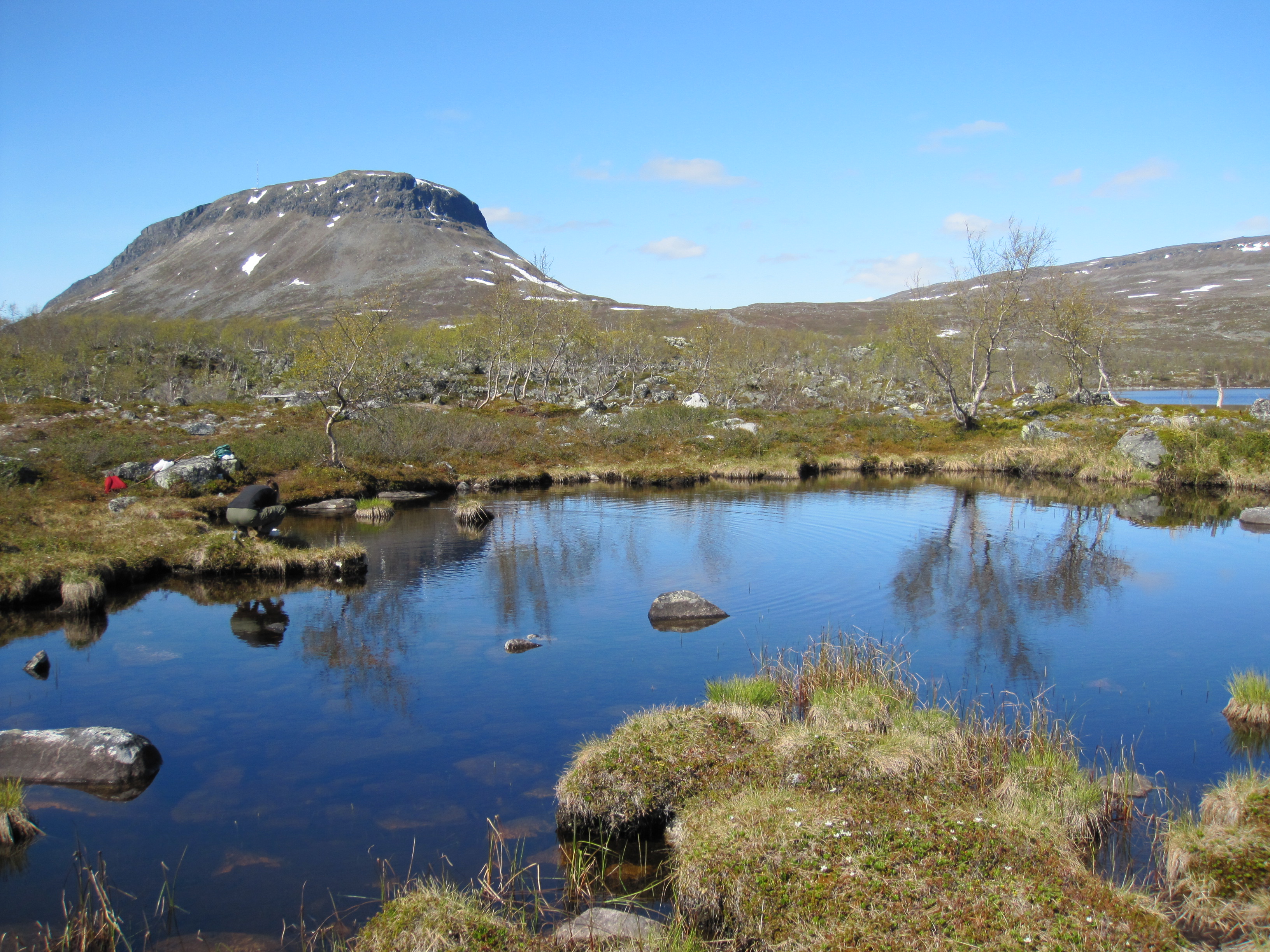 The Strange Weather group is hosted by Marja Helander, an artist of Sámi origin, the people whose land - Sápmi - we are guests on during our field laboratory in Kilpisjärvi. The group will take anthropogenic aerial events and global transformations like acid rain, the Chernobyl disaster, pollution from Kola Peninsula´s nickel refining plants, micro plastics in air, or climate change on Sápmi territory as a starting point to expand on issues of de-colonisation, social and environmental justice and the anthropocene. It will look for marks of impact on the land and people and trace possible related alterations of indigenous livelihood. For example the changes in the winds will change the behavior of the reindeer. The group also offers the possibility to challenge western notions of the sky through situated indigenous knowledges.

Marja Helander is a Sámi photographer, video artist and film-maker with roots both in Helsinki and Utsjoki. In her earlier work, she has studied various themes including her own identity between the Finnish and the Sámi culture. Helander´s recent photographic work has focused on northern landscape in which dark views are portrayed without people. The accent of the work is on the postcolonial topics in the Sámi area, focusing particularly on the global mining industry. The encounter between nature and mankind is not harmonious, but destructive. On the other hand her video works are playful, exploring the contradiction between the traditional Sámi way of life and the modern society. Her recent short film Birds in the Earth was part of Sundance Film Festival Short Film Competition 2019. Since 1992, Helander’s work has been exhibited in two dozen solo exhibitions and over 50 group exhibitions in Finland and abroad. In her art, Marja Helander often builds from her own background between two cultures, the Finnish and the Sámi culture. What drives Marja as an artist is curiosity and the willingness to always learn something new.

Špela Petrič (NL/SI) is a Slovenian new media artist and former scientific researcher currently based between Ljubljana, SI and Amsterdam, NL. Her practice is a multi-species endeavour, a deviant composite which of natural sciences, wet media and performance. She tries to envision artistic experiments that enact strange relationalities in hopes of enriching our adjacent possible. Much of her recent work has focused on plant life.

Niko Wearden (UK/FI) is a transgender performance and visual artist. They are interested in queer intimacies and ways of being okay alone. Niko works often collaboratively, in and through spaces with others, including non-humans. Their work could be described as ritual, rite of passage or space for transition/ transformation. They seek to locate radical, queer cultural outside of cities and in connection to ecologies through softness, slowness, embodiment, evolving entanglements and being in motion.

Currently, Niko is working on a project situated on the Isle of Skye that considers northern masculinity, gender transition and the Scottish cultural history of seaweed. He has shown a large body of both collaborative and solo work internationally, including at The Royal Academy, London, Flykingen, Stockholm and ØY Festival, Papa Westray, Orkney.

Ingvill Fossheim (FI/NO) is as scenographer, costume designer and sometimes curator or producer. Igvill’s work stretches across genres and locations, including contemporary dance, opera, live- & performance art, theatre, audio plays and installations; working in purpose built venues as well as adapted and/or reclaimed performance sites. At the moment Ingvill combines her freelance work and master degree studies at the Costume Design-programme at Aalto University in Helsinki. She is currently developing Her praxis through questioning environmental sustainability, biomatter and new technologies. Considering what narratives might emerge through less conventional material processes and experiences.
Ingvills has been an activist in the artist community and co-founder of the urban community garden DyrkTromsø.

Bulat Zagidullin (FI)  is originally from Russia, from the Ural mountains region, belonging to the Bashkir ethnic group. Currently he lives in Helsinki, where he works on his PhD project in precision medicine at the Institute for Molecular Medicine Finland. He strives to understand what makes each human respond differently to external factors, and whether it is possible to harness this knowledge to better treat cancer. Bulat’s ultimate dream is to cure ageing, or at least dramatically extend the human lifespan. He is fascinated by the inherent beauty of life and by the fact that art and science are not as different as many might imagine.