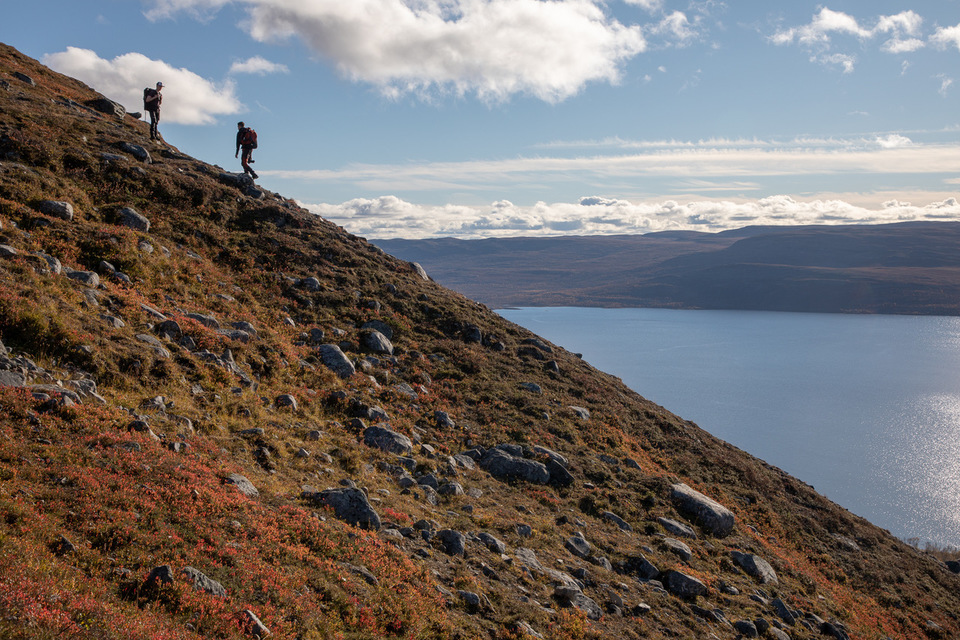 High Altitude Bio-prospecting – Extremophiles:Psychrophiles:Cryobiosis
The copiously branching tree of life reveals that life can exist almost anywhere on Earth. Eighty percent of the biosphere, including the deep oceans, the cryosphere at the planet’s poles and the high atmosphere where the focus of HAB locates, is permanently cold. Yet we know relatively little about cold defying organisms: where do they live? How do they survive? Can we find them? Research suggests that there are microbes above us seeding snowflakes and rain clouds and as such instrumental for life on the ground, forming a shell which is part is seemingly part of every ecosystem on this planet. They may be few and far between – will lengthy flights be needed to find them? Can contact be made? Can we sample the high atmosphere and discover unique extremophiles and psycrophiles that live and thrive? With a transdisciplinary group HAB will seek strategies to investigate the high atmosphere above the subarctic Kilpisjärvi and explore how to think about the relationship between the ecologies of the ground and the sky from the perspective of art and the sciences.

Melissa Grant is a biochemist with a deep interest in the reciprocal influences of arts & sciences. She is a current researcher at the University of Birmingham, curator of the Open Wide project in the Birmingham Dental Hospital and fellow at Birmingham Open Media. She has been part of the High Altitude Bioprospecting (HAB) team, with Oliver de Peyer, since its conception in 2008. HAB are particularly interested in discovery of micro-organisms in extreme environments, such as the stratosphere.

Oliver de Peyer is a lab automation specialist with a particular interest in astrobiology and interdisciplinary research. He was recently awarded Chartered Scientist status by the Science Council largely on the basis of his part work on HAB with Melissa. Oliver is a firm believer than science can span far beyond the lab you work in, and indeed many of the best scientists may not actually be working in “science” at all.

Hannah Imlach (UK) is a Scottish visual artist with a research-led sculptural practice. Hannah contributes to the field of art and ecology by working collaboratively with environmental researchers and creates site-specific sculpture, photography and video, alongside exhibitions and participatory events. Her projects often focus on sites of environmental conservation and are initiated by periods of on-site fieldwork.

Significant projects have included: a year-long Leverhulme Trust-funded residency with marine and molecular biologists at Heriot-Watt University, creating artwork in response to Scotland’s deep-sea cold-water coral reefs; an 18-month commission with the Peatland Partnership, developing sculptural ‘instruments’ inspired by peatland ecology and restoration in the Flow Country; and a series of projects concerned with renewable energy transition, including a residency with the Not Just Energy Futures social anthropology research group at the University of Edinburgh, the Banff Research in Culture residency On Energy, and a series of sculptures informed by community hydro and tidal energy schemes on the Isle of Eigg, North Uist and in Aberdeen.

Hannah is about to embark on a practice-based PhD project within the School of Earth and Geosciences at the University of Glasgow where she will research the potential of site-specific artwork at the RSPB’s Loch Lomond Nature Reserve.

Heidi Pietarinen, (FI) is a professor in the Faculty of Art and Design at the University of Lapland, Finland. She holds a PhD degree in textile design and her research has emphasis on knowledge of jacquard weaving and methods of textile art, design and history. She is curious about the narratives and multiple cultural influences told by hand and jacquard woven textiles. The cultures teaches us to find contrast of materials, colours and structures within the simplest forms. ‘Stories should not think only as a written history, but as what we do. In the ongoing project’ “Future Bio Arctic Design” (2018-2020, www.ulapland.fi/fbad ) Pietarinen prepare base textures of textile prototypes by jacquard weaving. The goal is to explore how material applications of Finnish Lapland’s natural materials and non-toxic plant-based active ingredients will be combined with e. g. jacquard weaving technique.

Till Bovermann (DE) is an artist and scientist, working with the sensation of sound and interaction. He studied Computer Science in the Natural Science, majoring in Robotics at Bielefeld University where he also received a PhD. During his post-doc at Media Lab Aalto University, he lead DEIND, a project aimed to design instruments for people with autistic spectrum disorder. Till was principal investigator of the project 3DMIN project at UdK Berlin. Since 2018, he works for the art-science project “rotting sounds" at University for Applied Arts, Vienna. Till displayed his artistic work and performed with his self-build instruments at various European places such as ZKM Karlsruhe, Queen Mary University London, Berlin, Amsterdam, Athens, Helsinki, Frankfurt. Till co-curated the festival “Performing Sound, Playing Technology” at ZKM. Till has been teaching at various international institutions. Alongside his artistic and academic work, he develops software in and for SuperCollider.

Anne Yoncha (US) was born and raised in Wilmington, Delaware. She is a current Fulbright student fellow at the Natural Resources Institute Finland, working with restorationists to make collaborative art-science work about former peat extraction sites outside Oulu. Her practice combines digital sensing technology, such as bio-data sonification, and analog, traditional processes including painting with ink she makes from locally-sourced tannins. Tree Talk, her temporary site-specific installation sonifying invisible processes within a stand of Ponderosa Pines, was selected as the 2018 Emerging Artist project at Blackfoot Pathways Sculpture in the Wild in Lincoln, Montana. She has also been awarded residencies at Cedar Point Biological Station in Ogallala, Nebraska, and Flathead Lake Biological Station in Polson, Montana. Her interdisciplinary research collaboration won the Best of Grad Con Convention on Graduate Research award in Visual and Performing Arts two years in a row. Resulting work has been exhibited nationally and internationally, most notably in Budapest, Hungary; Idaho Falls, Idaho; Savannah, Georgia; St Charles, Missouri; and Allendale, Michigan. Anne completed her Master of Fine Arts degree at the University of Montana in 2019.