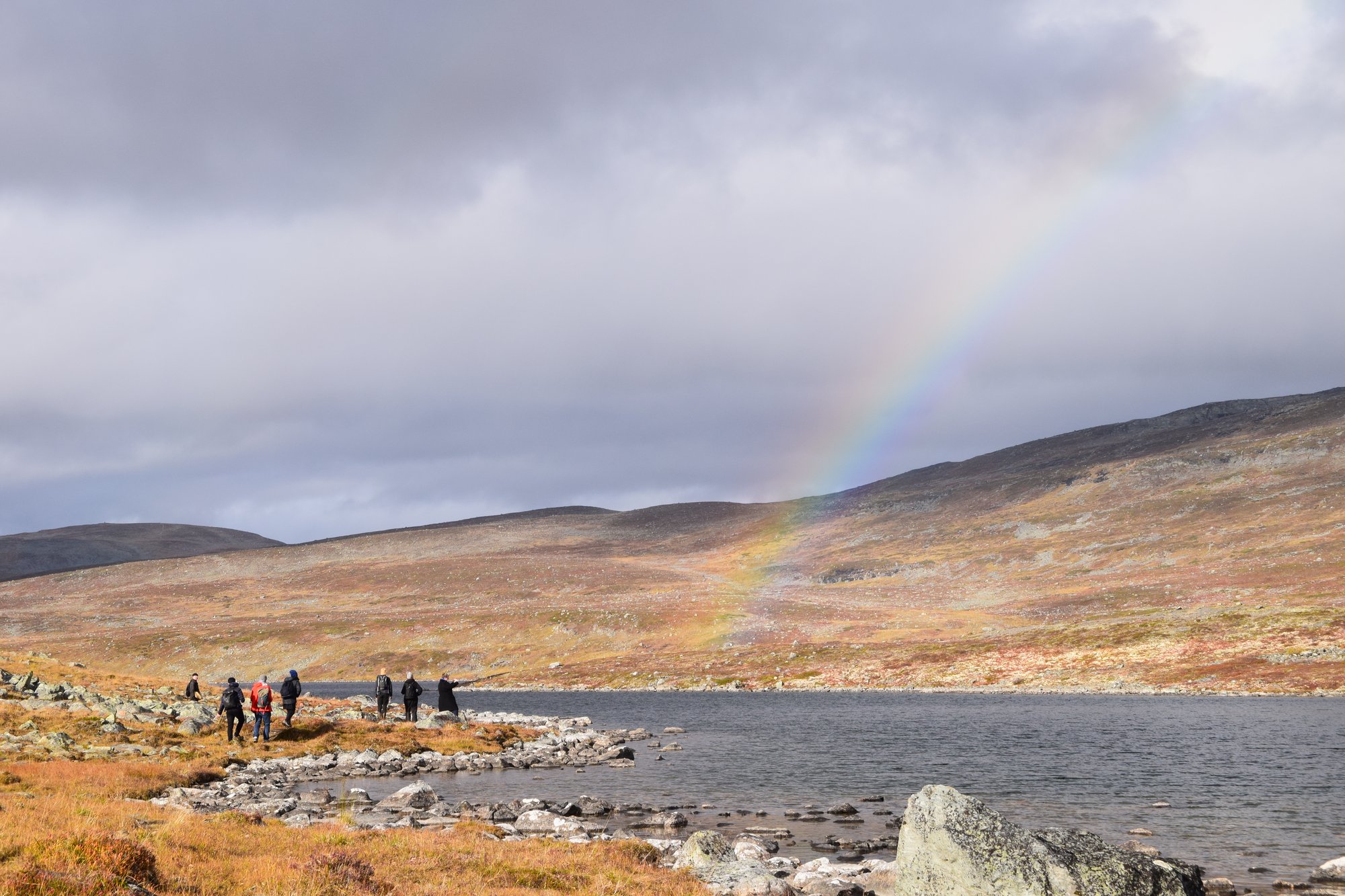 During the previous field laboratories we stayed on the ground around Kilpisjärvi with its natural and human history. If we did go up into the sky with drones or helikopters, then only to look down. With “Field_Notes – The Heavens” we will turn our attention and experiments to the sky and look how the unique sub-Arctic setting of Kilpisjärvi can assist us to learn more about what is above ground: life in high altitudes, the ongoing material exchange between earth and space, atmosphere as hyperobject, the politics of air and space or Sámi stories and life related to the sky and more.

To work into this rather massive theme we have choosen a group of extraordinary artists and scientists who will facilitate the five groups which we will assemble through the open call. Biochemist Melissa Grant and lab automation specialist Oliver de Peyer will host the above mentioned HAB group to investigate the relationship between ground ecologies and those in high altitudes. Some research suggests that there are microbes above us seeding snowflakes and rain clouds and are as such instrumental for life on the ground. Artist Andy Gracie with his SPACE - EARTH - SPACE group will explore the tangible and conceptual connections and exchanges between Space and Earth. Among other questions this group will for example investigate what kind of material has been exchanged between Earth and Space and how to devise methods on how to track, record or visualise such material and the process of exchange. The AIR group of artist Hanna Husberg and environmental scientist Agata Marzecova works with the proposition that ‘Knowing the atmosphere’ is contingent on techno-scientific apparatus, epistemologies, and infrastructures of the “military-industrial-business complex” that cannot be thought of as separate from the histories and politics of capitalism and scientific thought. They will inquire into the political and aesthetic practices that allow for apprehending and sensing the atmosphere. Marja Helander, an artist of Sámi origin, the people whose land - Sápmi - we are guests on during our field laboratory in Kilpisjärvi, is hosting the STRANGE WEATHER group. The group will look on the one hand into incidents of areal colonisation, like acid rain, Chernobyl or Climate Change and how it transforms indigenous livelihood but also gives the possibility to reset our preconditioned notions of the sky through situated indigenous knowledge. Finally, like with every edition of Field_Notes we run the SECOND ORDER group which is this time hosted by artist, curator and writer Ewen Chardronnet. This group will have a different working model then the rest. It will be composed of philosophers, theorists, independent researchers and other suitable practitioners. Their work will be twofold, on the one hand, they do research on the rest of the groups, and at the other hand, they will act as discursive agents introducing critical perspectives in order to go over traditional research boundaries, methods and practices. Read more about the working groups

The Kilpisjärvi Biological Station is situated in the mountain birch forest zone near the 70th parallel of northern latitude (69°03′N; 20°50′E) in the northwestern part of Finland in the area where Sámi culture has its roots. The Sámi are the only indigenous people in the northern parts of Norway, Sweden, Finland and Russia, as well as the whole of the European Union. They inhabited the area long before any state borders were drawn. The area is called Lapland, but the Sámis themselves use the name Sápmi. Approximately 10,000 Sámi people live in Finland, and they speak three languages: North Sámi, Inari Sámi and Skolt Sámi. In the Kilpisjärvi area the traditional Sámi livelihood is reindeer herding which is still practiced. Inari is nowadays the official center of Sámi culture. There is the Sámi Parliament, Sámi Radio, the Siida Sámi Museum and the Northern Lapland Nature Centre, as well as the Cultural Centre Sajos. Inari is 326 km from Rovaniemi to North.

"Field_Notes – The Heavens" is part of the Feral Labs Network, which is co-funded by the Creative Europe programme of the European Union. It is further co-funded by Kone Foundation, the Ministry of Education and Culture Finland and Arts Promotion Centre Finland.