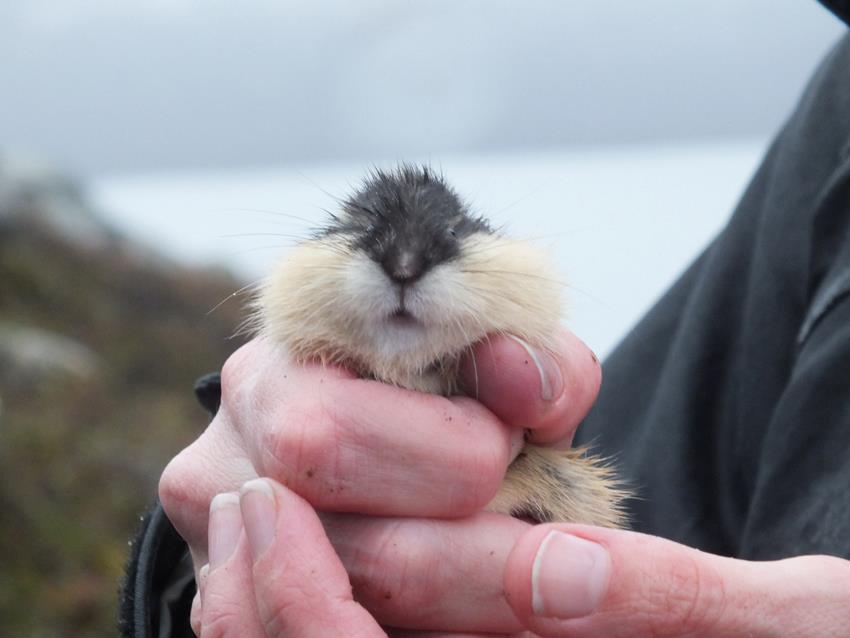 The second order group does research on all the other groups. The group will disguise itself in the form of anthropologists in order to look at how art&science projects on the field are created. The aim is to critically look at the methods and practices of the field and to see whether there are ethical or aesthetic questions specific to local practices. The group uses the tools of ecocritisism, philosophy of science, art history, interviews and documentation.

Terike Haapoja
Terike Haapoja (b.1974) is a visual artist, working and living in Helsinki, Finland. Her work consists of videos, installations and performance projects, characterized by the innovative use of new media and new technlogy. Haapoja's work deals with human - non-human relations and the clash of subjective experience of the world with objective knowledge of it. She has had several solo and group exhibitions in Finland (Including UM festival, Lisbon, Prague Biennale, L'Art en Europe, Reims, Insitute Finlandais, Paris, Gallery Rekord, Oslo, Rauma Art Museum, Finland, Pori Art Museum, Finland, Helsinki Museum of Contemporary Art Kiasma, Oulu Art Museum). She also works as a director and visual designer in contemporary performance projects (including Kiasma-theatre 2005, 2006, 2007, dance-theatre Zodiac, Helsinki, 2005, Alexander Theatre, Helsinki, 2009). She was honoured with Dukaatti-prize, one of Finlands most prestigous prizes for young artists in 2008, and with Finland Festivals' Young Artist of the year –prize in 2007. She has received numerous project- and working grants form the Finnish State Art Fund and private foundations since 2001. Haapoja's exhibition projects are usually highly spatial, using the tools adopted from theatre for creating immersive installation experiences. The exhibitions are built around thematic framing, and often include collaboration with professionals from other fields of studies. The work is not bound to any specific medium; video, experimental camera devices, scientific technologies, light, sound or organic materials function as viewpoints to different questions. Haapoja has a master´s degree from the Theater Academy of Finland (dep. of Performance art and -theory) and from the Academy of Fine Arts in Finland. She is currently working on her artistic reasearch Phd in the Academy of Fine Arts in Helsinki. Haapoja's articles and essays have been pubished in all major art journals in Finland, as well as in international publications.

Ellen Roed
Ellen Røed is educated at the Academy of Visual Arts, NTNU in Trondheim, Norway (2001). Before that she was part of the norwegian art collectives Motherboard and Verdensteatret, who both make make projects that mix elements from both performative and visual arts with electronic art. Having completed her formal education, she immediately started working at Bergen Center for Electronic Art, and from 2004 she was working at the National Academy of the Arts in Bergen, first as Assistant Professor in Electronic Art and Digital Media, and currently as a Research fellow in fine art. Her work spans from complex installations and audio visual theatre/performance to real time video.

Paz Tornero
Paz Tornero, with a Bachelor of Fine Arts, furthered her studies at Southampton Institute in England, Carnegie Mellon University in Pittsburgh and Engine27 in NYC. She holds a Master of Digital Arts from Pompeu Fabra University and was Visiting Fellow at Harvard, as well as MIT, Media Lab. She is currently researching her dissertation at Complutense University of Madrid. Her artworks have been shown in multiple forums like: art fairs, festivals and galleries in USA, Holland, Spain, on the Spanish Tv program Metrópolis and Manifesta8 Biennial. She has received several scholarships: Párraga Museum in Murcia, Alter-Arte Public Art Festival, Krea Cultural Center, Wyss Institute at Harvard for Le Laboratorie in Paris.
http://paztornero.com

Sarah Alden
Originally from Canada, Sarah Alden has been living in Finland since ’08 and holds an MA in Environmental Art from Aalto University School of Art and Design. Coming from a background in Environmental Studies/Geography and Fine Arts led her to search for approaches to diving between these fields, while considering the outlooks and integrity from each. In practice she has explored many mediums, responding to given situations, working mostly with simple materials and documentation. Lately her work consisted of 100 little leaf boats, marking the 100th anniversary of her great-grandmother leaving Finland, sailed in the waters of Helsinki to disintegrate.

Jūratė Jarulytė
Jūratė Jarulytė is a Lithuanian visual artist. She graduated from the Vilnius Academy of Arts in 2002 with a double MFA in Art and Critical Studies. Since 2003, she has been researching and travelling, collaborating, co-curating and producing art symposiums and shows, having lived in Germany, Portugal, India and the USA. She is currently teaching at the Vilnius Academy of Arts. Her work uses video, photography, painting and sound to investigate the specifics of places that have lost their initial historical meaning and use or exist in some way as self-enclosed areas, the results of which are installations of experimental documentation. Her most recent project for the Ghetto Biennial 2011 in Haiti investigates the problem of small and endangered languages.

Rosanne Van Klaveren
Rosanne van Klaveren is a Dutch visual artist mainly working with media as a tool for participative storytelling. Since 1999 she initiated interactive tales online, sometimes connected to specific locations or communities. She holds a MFA, studied at HKA in Arnhem and Post-St. Joost in Breda (NL) and has graduated magna cum laude in Cultural Studies at the Catholic University of Leuven (BE). Recently she started a practice based PhD in the field of locative media art, for which she researches the use, function and possibilities of participatory design with a project called FOOD RELATED. She teaches media art at the MAD-faculty in Genk (BE) since 2007. www.foodrelated.org