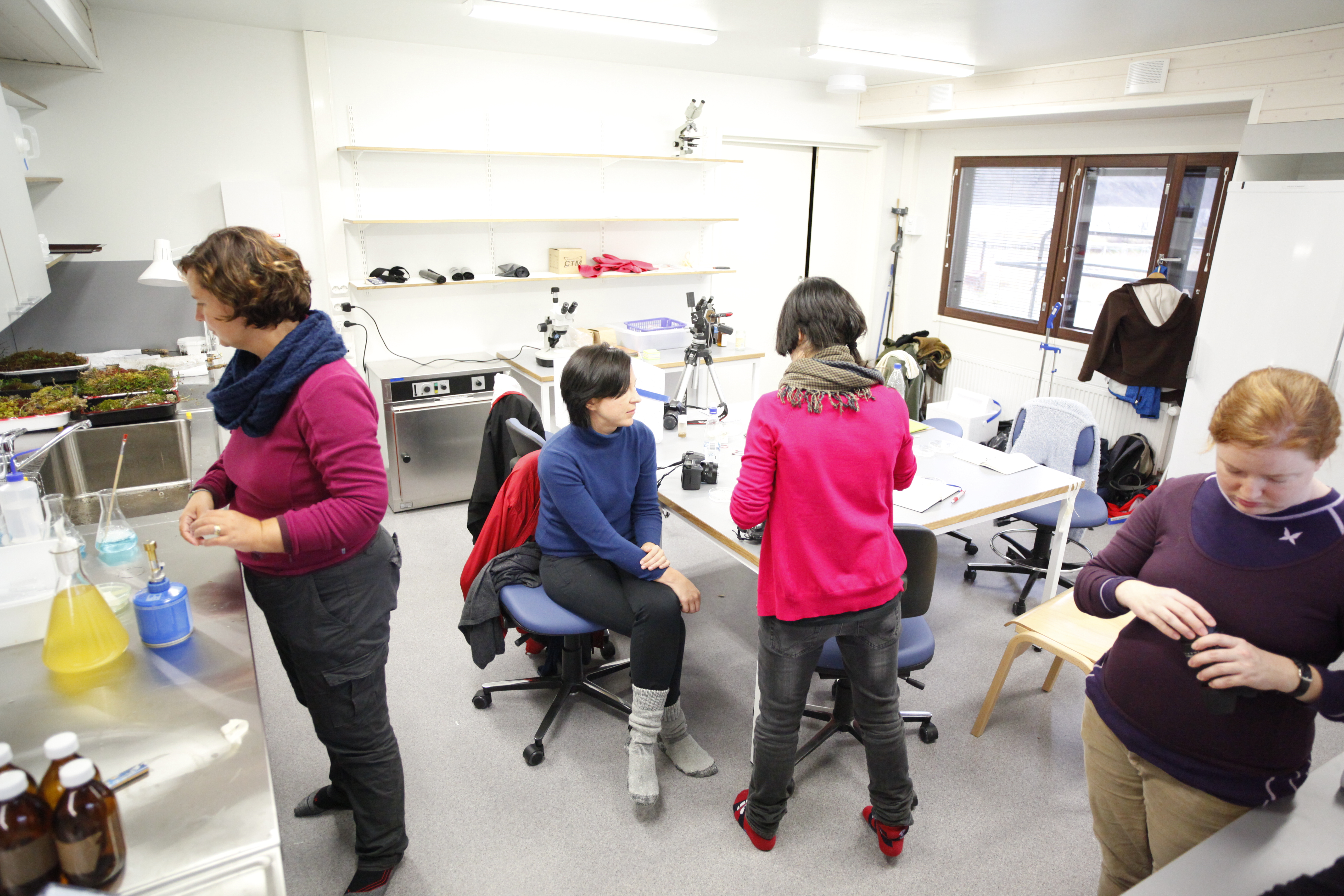 with Dave Lawrence, Niki Passath, Melissa Murphy, Tiina Vainio
takes place in the sub-Arctic nature, in the lab and in the study

The Body/Nature connection refers to nature as a body, something akin to an organism, but also to the body, our body as a sensor, part of nature and immersed in it: an interface with the rest of nature connecting us, linking us and transforming our relation to it. This relation, this communication is part of what defines us as humans, as animals and as natural. This group will try to explore the possibilities of manipulating life, nature and our own nature to express awareness and concepts close to the idea of nature’s identity and our own in present times.

Marta de Menezes
Marta de Menezes is a Portuguese artist (b. Lisbon, 1975) possesses a degree in Fine Arts from the University in Lisbon, an MSt in History of Art and Visual Culture from the University of Oxford, and is a PhD candidate at the University of Leiden. Her work in research laboratories explores the intersections between Art and Biology, demonstrating biological technologies as art medium.
In 1999 de Menezes created her first biological artwork (Nature?) by modifying the wing patterns of live butterflies. Since then, she has used diverse biological techniques including functional MRI of the brain to create portraits where the mind can be visualised (Functional Portraits, 2002); fluorescent DNA probes to create micro-sculptures in human cell nuclei (nucleArt, 2002); sculptures made of proteins (Proteic Portrait, 2002-2007), DNA (Innercloud, 2003; The Family, 2004) or incorporating live neurons (Tree of Knowledge, 2005) or bacteria (Decon, 2007).
Her work has been exhibited and critiqued internationally and is currently the artistic director of Ectopia, an experimental art laboratory within the Instituto Gulbenkian de Ciência in Lisbon. She is also the Director of Cultivamos Cultura in the South of Portugal.

Niki Passath
Niki Passath is a robotics artist and is engaged in his work with the sculptural conditions of robots and the idea of artificial intelligence. 1977, born in Graz, he lives in Vienna, Austria and teaches at the University of Applied Arts Vienna. Niki Passath studied ‘Violoncello’ in Graz, Austria and ‘Architecture’ in Graz, Austria and Montpellier, France and made his degree in ‘Digital Art’ at the University of Applied Arts in Vienna, Austria. He has received the ‘Theodor Körner Prize’ for his work on ‘Architecture Mules’, which translates generative design capabilities of 3D software into real space.

Melissa Murphy
Melissa Murphy is an urban landscape designer and researcher from the United States, currently living in Oslo, Norway. Her work has spanned cities from New York to Kathmandu - focusing on disconnects between urban life and often-forgotten natural ecologies. Taking an interdisciplinary approach, her goal is to imbue design with an understanding of human systems as an affected part of the natural world, seeking holistic sustainability through mutual understanding. She holds an M. Arch from Northeastern University in Boston, MA, USA and a M. Science in Urban Ecological Planning from the Norwegian University of Science and Technology in Trondheim, Norway.

Tiina Vainio
Tiina Vainio is a visual artist from Turku, Finland, whose work with art is quite versatile. In addition to installations and exhibitions, her artistic work includes set design, community art and park planning and design. She often treats materials in a humoristic and experimental way, e.g. laboratory equipments, army towels and rag rugs all have their own story to tell in her art.
Vainio has studied art in Turku Arts Academy, painting, graduated -90, art pedagogue in University of Art and Design, pedagogic studies for artists, graduated –94 and law in University of Helsinki, graduated -91. She was born 1960 in Sauvo in the southern part of Finland.