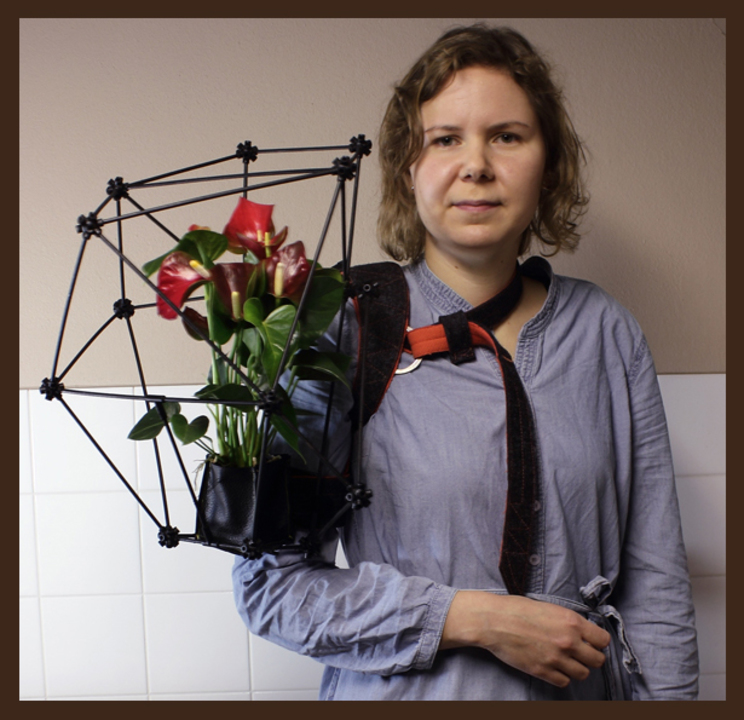 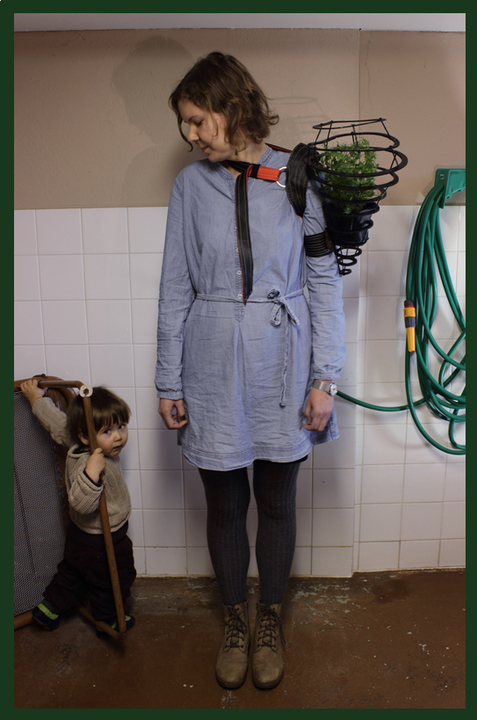 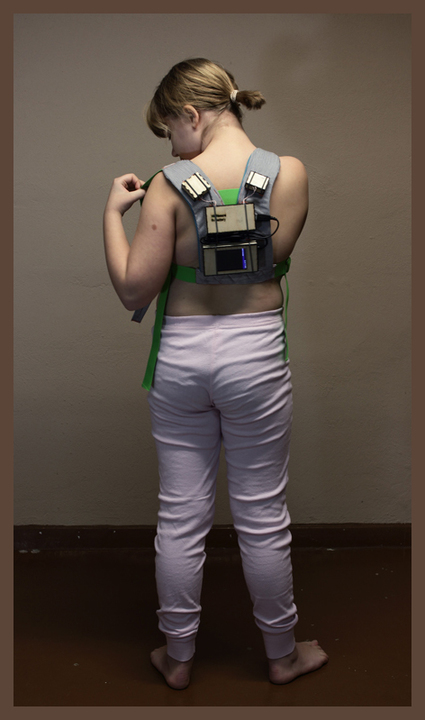 Living in a techno-organic world

There is increasing interests in scientific research concerning the physiological and psychological impact of natural environment to human health and well-being. Various research have suggested that green environment is beneficial and has restorative qualities for human health in comparison to so-called synthetic non-green environment (e.g. research by R. Mitchell, F. Popham, T. Hartig, S. Kaplan, R. Ulrich, L. Tyrväinen among many others).

During the recent years my interests as an artist have evolved around a human and her relation to environment. Specific focus has been on questions concerning a (technologically) enhanced human and her reciprocal relationship with environment that is also getting increasingly modified with the advancements in science and technology. This short introduction to this research project is titled Living in a techno-organic world, which could as well be an overall title of my artistic works of the recent years.

Works in the exhibition:

The works for this exhibition were initated and inspired by the above-mentioned research on the green areas and their potentially beneficial impact on human health. The research within the sciences is often directed towards urban planners, architects and the health sector, which have very practical use for the results. Whereas my work, which investigates the same topic, is rather speculative in its nature. My aim has not been to produce scientifically valid results, nor discredit the value of scientific research, but one could call it kind of pseudo-science, which purpose is to pose questions and experiment beyond the anticipated framework. Yet it is following the route marked by scientific research. The two works realized for this exhibition are tightly related to each other. A Unit is a work that constructs an own private green area for an individual and Evidence relates concretely to the science practice that conducts field measurements of human physiological symptoms in various environments, such as green areas.

As a starting point the work A Unit references the understanding of Gregory Bateson that the unit of survival in the biological world is the organism plus its environment (Bateson 1969). In this work the unit consists of a human plus a fragment of our natural environment -a plant. The work focuses on the potentiality of beneficial impact of natural, green environment for human health. In this case the environment is constructed as a miniature green area to be worn by an individual(s). A Unit speculates on the concept of green environment and its beneficial impact. It experiments with an idea of wearable miniature green space that becomes part of ones everyday existence and asks if this can be considered as natural environment with potential health benefits?

Additionally the work A Unit has another layer, which speculates on the future development of a human-nature relationship. When environment changes it impacts the development of an organism and vice versa. The work A Unit asks: when humans are modified and nature is manipulated what kind of relation will form between them? This wearable device is designed to be housing a GM-plant or other primarily human-constructed plant. It is a training device for our changing relation with organic nature for the future when both humans and nature are artificially modified or constructed.

Evidence, 2012
The last years have shown growing interests towards what is currently called quantified self; self knowledge through numbers. It references physiological measurements and psychological tracking of oneself through various instruments and diary-entries, that are often collected over time and sometimes also shared online with others. At the same time science has long-term experience on various human measurements and their evaluation.
The work Evidence is a self-constructed prototype for conducting measurements of ones physiological symptoms. Unlike the scientific measurement devices that are licensed for valid scientific data but not readily available for public use, this wearable device generates measurements and submits them as open-data, which is online and publicly accessible for different purposes and interests. The Evidence-device will measure physiological symptoms of human stress, such as the pulse and galvanic skin resistance (GSR). This data is combined with geographical data of the wearers location that indicates if the person is within urban or green environment. The measurements are submitted in real-time to an online data-base. The Evidence references the above-mentioned research on the potential restorative qualites of green enviornment for human health. The device can also be used to measure the stress-levels  related to usage and non-usage of A Unit work.

Credits: The hardware and software of the measure device are largely based on the developement of Human Geography project by i-DAT lab, Plymouth University (that was supported by Arts Council England). Support: Aapo Rantalainen, Erich Berger.

I consider my artistic practice as a kind of free laboratory work within everyday life and environment, that has a potential to bring forth new and unexpected aspects. This kind of open working method always includes an element of uncertainty; one can never be certain how the work will develop and how it will be received or used by the public. This also means accepting this kind of uncertainty, and sometimes even a failure, as a part of the process. However, what one considers as a failure in science research, might not apply as such for the artist. A failure from one perspective may be a success with another viewpoint. From my personal point of view; a successful work is one which generates further questions rather than provides full answers.

Laura Beloff: With acclaimed international reputation as an artist Laura Beloff’s (Ph.D.) works can be described as peculiar wearable objects, programmed structures and participatory, networked installations. In her pieces she combines technology fluently with various mediums ranging from video to textile, from sound to sculptural and organic materials. Over the last decade her primary focus has been a human in the global society trying to adapt to complex technologically enhanced world. Her research and practice is located in the cross section of art / technology / science. Collaboration with other artists, musicians and scientists has been one of the features typical for her working methods.Beloff is exhibiting widely in museums and events in Europe and worldwide: in Hamburg and in Helsinki 2012, in Vienna 2011, in Brazil 2008 and at the Venice Biennale 2007. She is frequently lecturing about her research and practice in universities and various conferences. 2002-06 she was a professor for media arts at the Art Academy in Oslo, Norway. 2007-11 she was awarded a five-year grant by the Finnish state. 2009-2010, 2011 she has been a Visiting Professor at The University of Applied Arts in Vienna. She received her Ph.D. in 2012 from Plymouth University. 2012 she was appointed as an associate professor at the IT-University, Copenhagen.