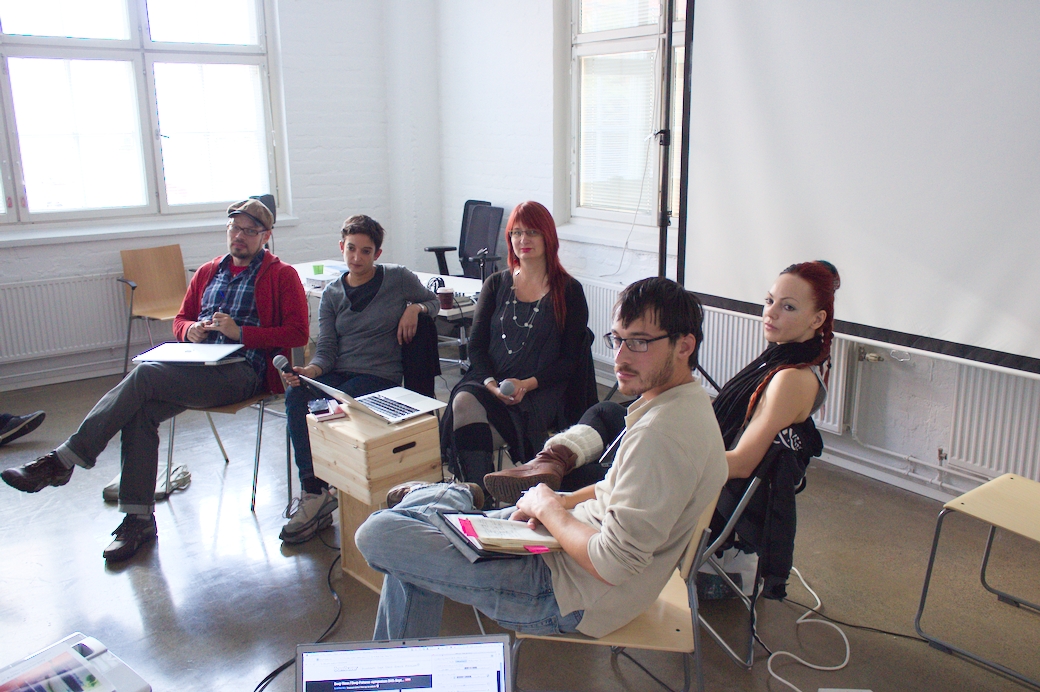 The second order group will have a different working model then the rest. It will be composed of philosophers, theorists and other suitable practitioners, who will be embedded into the other groups. Their work will be twofold, on the one hand, they do research on the rest of the groups, and at the other hand, they will act as subversive agents to introduce counter perspectives. The aim is to critically look at the methods and practices of the field, and to see whether there are ethical or aesthetic questions specific to certain practices. The group uses the tools of philosophy of science and art, art history, and more, as well as interviews and other forms of documentation.

Tere Vaden (FIN)
He is a philosopher living in Tampere, Finland. He works at the department of art in the Aalto University, Helsinki, and is an editor of the Finnish philosophical journal niin & näin. Most recently he has published the books Wikiworld with Juha Suoranta, (London: Pluto Press 2010) and Artistic Research with Mika Hannula and Juha Suoranta, (Gothenburg: ArtMonitor 2005).
http://nuvatsia.terevaden.net/

Zachary Low Reyna (USA)
Is a PhD candidate in Political Science at Johns Hopkins University working at the intersections of political theory, law, and the new materialisms. His dissertation explores law’s materiality, focusing on law’s emergence from and encounters with a vibrant and active material world of which humanity is just “part and parcel.” Using insights garnered from environmental art, the dissertation attempts to rethink law—and law’s promise—not as human-centric statecraft, but as landscape-sensitive eco-art. He lives with his wife, son, dogs, and other things in an old milling community along the banks of the Jones Falls in Baltimore, Maryland.

Zahra Mani (UK/PK)
Musician and composer, lives in Austria and Croatia. Her work focuses on the complex resonances of sounds and spaces “between”. Instruments include double bass, bass guitar, guitar & piano. She uses computers and electronics to relay her constantly evolving archive of field and studio recordings. Her approach to thought processes and aesthetic practice and perception are characterized by contrasting positions and an ongoing process of questioning and celebrating the differences in contradictory positions. She studied German and philosophy at Oxford, and music performance and composition at Bard College, NY.
http://www.zahramani.com

Anu Osva (FIN)
Is a Finnish artist with scientific background in animal breeding (i.e. genetics, quantitative genetics and mathematics). She worked ten years as a researcher in this field, but chose to pursue an artistic career in 1990. In recent years she has been developing artists and researchers collaborations at the Kilpisjärvi Biological Station under umbrella of Ars Bioarctica. Water Flea Circus, Midnight Sun and Climate Scope are projects she was working with together with corresponding project teams. She was the first chairperson of the Finnish Bioart Society. Residency periods in Kilpisjärvi and working in laboratories have given her new ways to work with painting, video and space simultaneously.
http://anuosva.wordpress.com

Markku Nousiainen (FIN/MEX)
An artist and producer with a background in new media concept design. He currently shares his time between Helsinki and Mexico City and is occupied with establishing a Mexican non-profit organization based on participatory design. He is keen on mapping the artistic possibilities of new technologies and used to develop education based on them in his previous work in Aalto University. His own artistic activities have dealt with the use of digital media in performing arts, do-it-yourself electronics, and experimental photography such as with color sensors.

Amanda McDonald Crowley (AUS/USA)
Amanda is a native of Australia now based in New York, she is a cultural worker, curator, and facilitator who specializes in creating new media and contemporary art events and programs that encourage cross-disciplinary practice, collaboration and exchange. Her interests are at the intersection of art, culture, technology, science and social change and also currently include virtual performance, and urban research. She was the Executive Director of Eyebeam Art and Technology Center in New York City from 2005 to 2011. Her contributions to the field of electronic art also include her work as executive producer for ISEA2004 (the International Symposium for Electronic Arts 2004) held in Tallinn, Estonia and Helsinki, Finland, and on a cruiser ferry in the Baltic sea.
http://publicartaction.net/