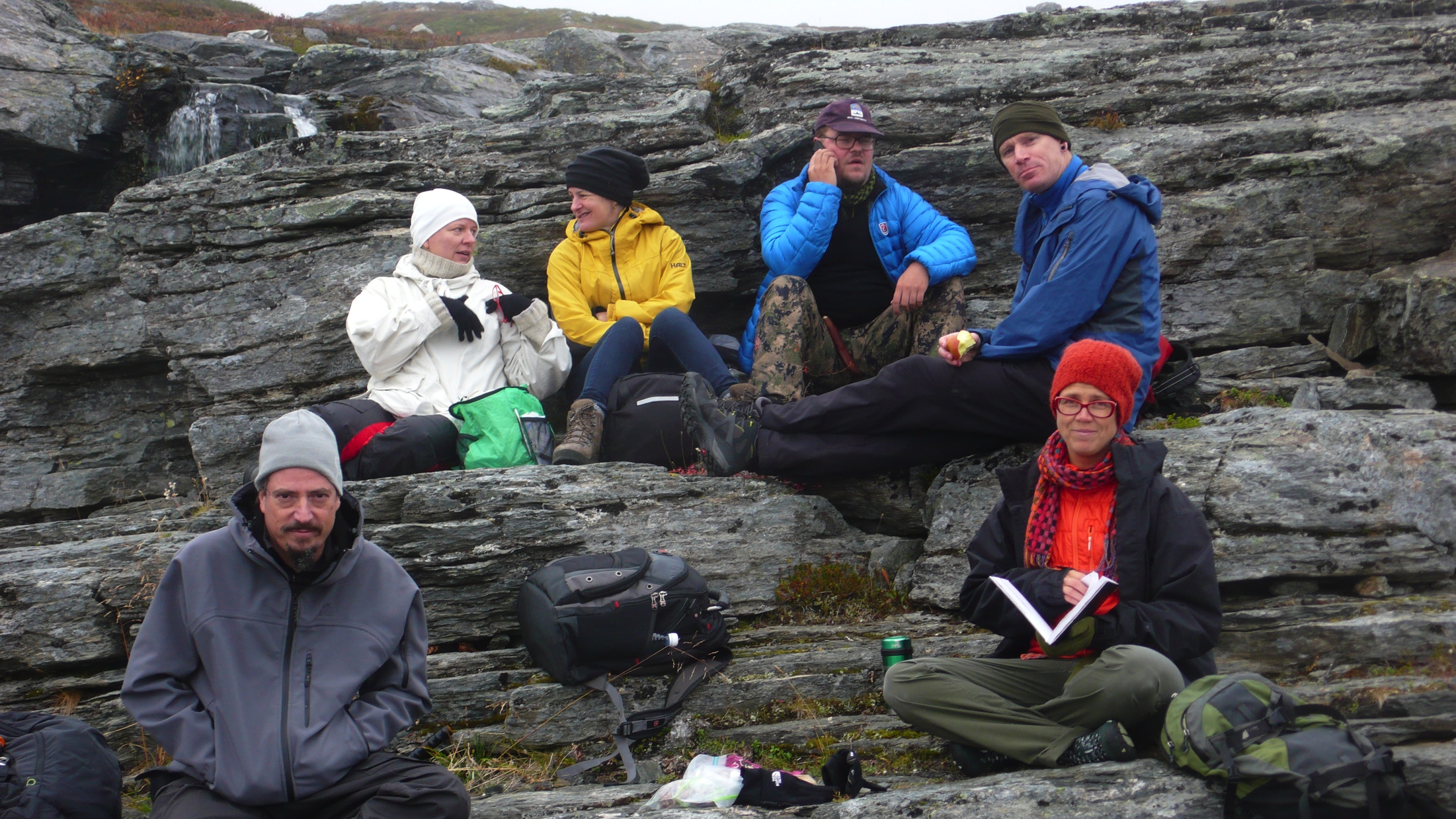 hosted by Oron Catts
with Kira O’Reilly, Andy Gracie, Laura Beloff, Kathy High, Astrida Neimanis, Antti Tenetz
takes place in the sub-Arctic nature, in the lab, and in the study


In 1942 a German Junker 88 bomber plane, loaded with ammunition crashed in Kilpisjärvi. Due to the sub-Arctic climate and its remoteness, the crash-site was left largely undisturbed. Seventy year hence, the site is an open scar, providing a unique biological niche and an opportunity to ask what was the impact of this crash on the biological systems in this area. How this human induced sudden, extreme and toxic event transformed the place. This site will provide an opening to explore post-anthropogenic states; to look at the cascading impact, folding through deep time, of human induced changes, past the disappearance of humans. The crash site will be analysed and compared to other sites using different modes of explorations. Looking at novel or different artefacts to construct narratives of the unintentionally the anthropogenic.


Oron Catts (AUS)
An artist, researcher and curator whose pioneering work with the Tissue Culture and Art Project, which he established in 1996, is considered a leading biological art undertaking. He is the founding Director of SymbioticA (since 2000), an artistic research center at The University of Western Australia and winner of the Prix Ars Electronica Golden Nica in Hybrid Art. Selected in Thames & Hudson’s ‘60 Innovators Shaping our Creative Future’, Oron’s work reaches beyond the confines of art, often being cited as an inspiration in areas as diverse as new materials, textiles, design, architecture, ethics, fiction and food. Oron was a Research Fellow in Harvard Medical School, a visiting Scholar at the Department of Art and Art History, Stanford University, a Visiting Professor of Design Interaction, Royal College of Arts, London, and a Visiting Professor at Aalto University, Helsinki, where he help to set up a biological art lab called BiofiliA - Base for Biological Art and Design.
http://www.symbiotica.uwa.edu.au/residents/catts

Kira O’Reilly (UK)
UK based artist; her practice, both willfully interdisciplinary and entirely undisciplined, stems from a visual art background; it employs performance, biotechnical practices, photography and writing with which to consider speculative reconfigurations around The Body. Since graduating from the University of Wales Institute Cardiff in 1998 her work has been exhibited widely throughout the UK, Europe, Australia, China and Mexico. She has presented at conferences and symposia on performance. visual art and science, art and technology interfaces.
http://www.kiraoreilly.com/

Andy Gracie (UK)
London -1967, works with installation, robotics, sound, video and biological practice. His work is situated between the arts and the sciences, creating situations of exchange between natural and artificial systems which foster new emergent behaviors. The underlying focus of his activities has often involved a study of organic intelligence, emergent systems and the placing of technological agents in situations where they are able to share information and behaviors with natural systems and networked ecologies. More recently his work reflects cultural associations with the science of astrobiology; notions of the origins of life coupled with a re-examination of its boundaries. His practice employs scientific theory and practice to question our relationships with environment and the notion of the ‘other’ whilst simultaneously bringing into focus the very relationship between art and science.
http://hostprods.net

Laura Beloff (FIN)
An internationally acclaimed Finnish artist who has been actively producing works and exhibiting worldwide in museums, galleries and art events since the late 1980’s. During recent years in Hamburg and in Helsinki 2012, in Vienna 2011, in Brazil 2008, at the Venice Biennale 2007, and in 2013 exhibitions in Finland and Norway.  Beloff is frequently publishing and lecturing about her artistic research and practice in universities and various conferences. She has been Professor of Art at The Art Academy in Oslo 2002-2006, Visiting Professor at University of Applied Arts in Vienna 2009-2010, 2011, and Visiting Lecturer at Aalto University, School of Art, Architecture and Design 2007-2012. Currently she has a position as Associate Professor at IT University in Copenhagen. Research interests include practice-based investigations into a combination of information, technology and organic matter, which is located in the cross section of art, technology and science. http://www.realitydisfunction.org

Kathy High (USA)
She is an interdisciplinary artist working in the areas of technology, science and art. She is interested in working with animals and living systems, considering the social, political and ethical dilemmas surrounding animal sentience, interspecies telepathy, death and dying, and the practices of scavenging and recycling life. She produces videos and installations presented at museums and film festivals around the world including Documenta13, Science Gallery, Dublin, and the Museum of Modern Art, NYC. She has been awarded grants from the Guggenheim Foundation, Rockefeller Foundation and National Endowment for the Arts. High is Professor in Arts Department, Rensselaer Polytechnic Institute, Troy, NY.
http://www.kathyhigh.com

Astrida Neimanis (CAN)
She is an affiliated researcher with the Posthumanities Hub at the Gender Studies Unit of Linköping University. Her research interests include water, weather, and embodiment in a posthuman planetary frame. Inspired by collaborations of all kinds, her critical-creative practice engages artists, playwrights, poets, and designers; she concurrently facilitates a critical writing platform entitled “Nature Writes Itself.” Her work has been published in Alphabet City, Caprice, Feminist Review, Janus Head, NORA, philoSOPHIA, TOPIA: Canadian Journal for Cultural Studies, and various edited collections, including Undutiful Daughters (Palgrave 2012). Her co-edited collection, Thinking with Water, will be published in 2013.

Antti Tenetz (FIN)
Is equal parts artist and naturalist. He has worked and filmed throughout the North, from the Ice Sea to Siberia, and as far south as South Thailand and Greece. Tenetz’s works are at the crossroads of media-, bio- and urban arts with an emphasis on interdisciplinary art & science collaboration. He combines media ranging from various technological platforms and materials to living nature. His work about nature/human/non-human relationships goes far beyond all the usual clichés and the “green-hype” movement. Tenetz exhibits internationally and as winner of three Finnish national snow sculpting championships, he personifies a melding of the artistic and Arctic.
http://www.tenetz.com