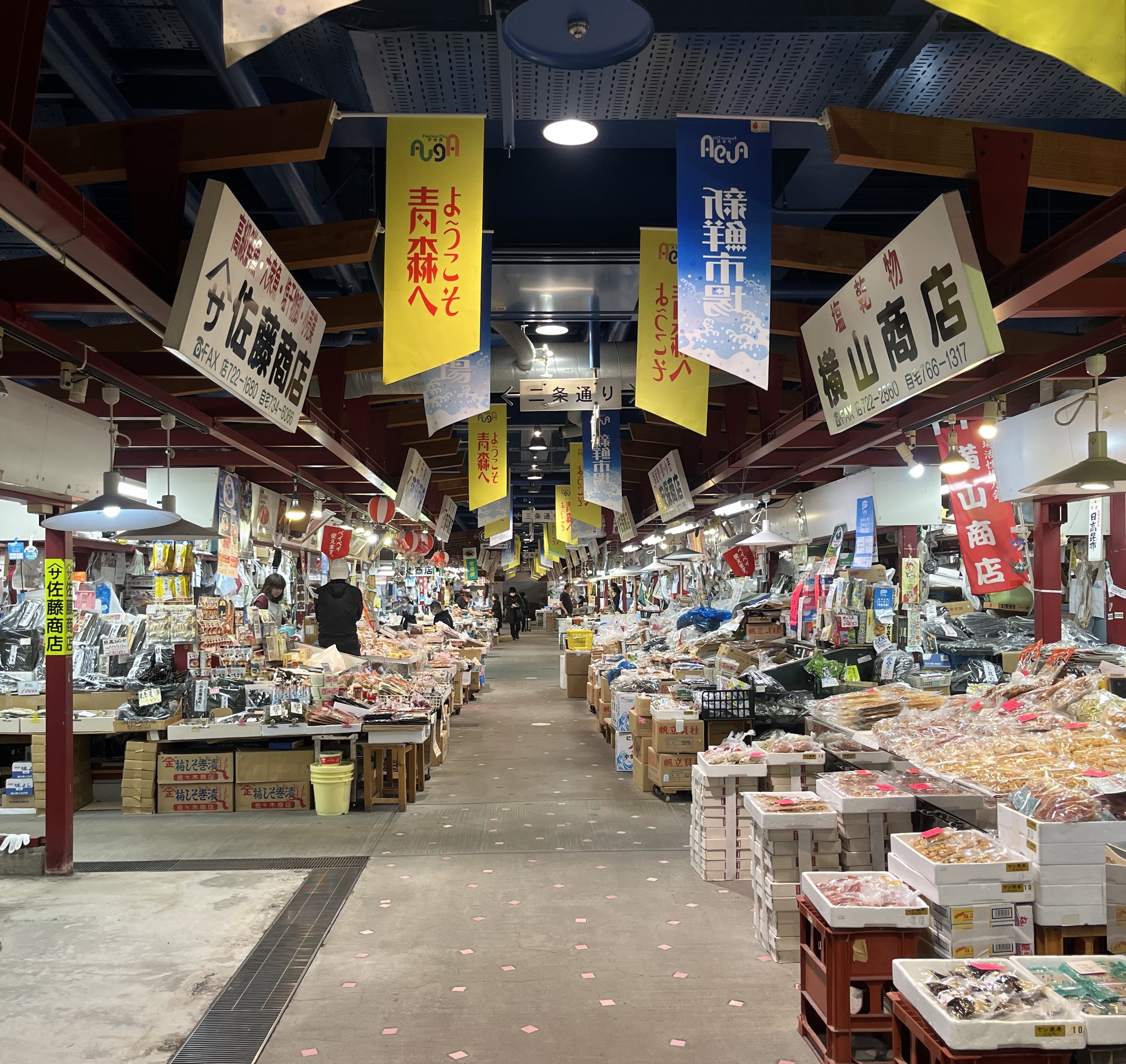 The following text and future entries are hybrids of my diary entries and writing from my residency in Japan, consolidated the most significant moments of my trip into a notebook for the Bioart Society website. This is the second entry. You can find the first entry here, the third entry here and the fourth and final entry here.

Today I had my first lab visit with Professor Takamichi Nakamoto at the Tokyo Institute of Technology. Nakamoto has been pioneering machine olfaction technology since the 1990’s and is currently developing a range of olfactory display units together with the Titech university students. Their aim is to explore varying forms of digital scenting, ranging from tele-olfaction to VR smell systems.

Takamichi Nakamoto shows me around his laboratory. First I get a short introduction into the software and hardware they have been developing. The Most notable was a kind of virtual smellscape, where images and smells are paired together in real-time. Together we speculate where this kind of tech could go in the future, not only in the domestic realm but also in astronaut & crisis training. Professor Nakamoto also shows me the digital smell sensors, or ‘e-Noses’, they work with to detect smells digitally. In the future e-nose hardware could be useful for various odour detecting purposes from detecting dangerous gases and viruses to security systems.

I left the laboratory feeling like I had just stepped out of a science-fiction storyline. I felt both excited and unnerved by the technology I just saw. On my train journey home, I wondered if I would like to do my virtual grocery shopping with an Oculus, smelling the synthetic granny smiths or lamb chops as I wander deeper into the screen. Thankfully, I think we are quite far from this being a daily reality just yet. But that's not really the point. It's more the potential of what this tech could do to the body. Simulate the possibility of being in one space while mentally in the other, taking synthetic spatial immersion a step further.

I visited Takasago flavours and fragrances today which was really fascinating! On arrival to the site, we walked past a vast industrial site, with several warehouses where most of the olfactory research takes place. Two scientists from Takasago gave me an in depth presentation of headspace (gas chromatography) which was truly fascinating. They explained the multiple ways of collecting smell particles through various vacuum systems. Essentially the headspace device is a small vacuum that collects smell molecules into a host device. Then this material inside the host tube is placed in a machine that can detect the volatile gas components. Then a gas chromatograph shows the strength of each molecule present over a period of exposure time. From this graph it is possible to determine the smell molecules present in an odorous object. And from this graph it is possible for the perfumer to analyse and replicate the smell again in the lab.

What interested me most was the collaboration between the perfumer and the machine. I had assumed the process would be quick and mechanised with no human input but it's actually more a collaboration, or dance, between the two. The human needs the robot and the robot needs the human. In the collaboration between the machine and the perfumer, The perfumer has to complete a smell with other components the computer does not know of. In this way the perfumer uses his imagination and memory to reconstruct an even more accurate depiction of reality. The perfumers job is therefore invaluable as the computer and smell sensor system is still not able to pick up all the nuances of an aroma.

We speculated shortly about AI and the possibility of smells being created entirely by machines. Again this is a reality we are still quite far from. But maybe in the near future it could be possible for algorithms to detect smell components and reproduce desirable combinations autonomously. And in fact Givaudan is currently working in AI smell hardware and software.

I asked about the ultimate “irresistible” smell. And the scientists laughed saying “there is no such thing”. Mainly because human noses are all different. Generally we have very similar senses of smell, but there are slight differences in the way we smell. Also some molecules we don’t smell at all! So it’s not so simple to make an ultimate irresistible smell.

Visiting Takasago was a really enlightening trip. I learnt so much about headspace and the way in which aroma molecules are replicated in a lab setting. I also realised that some of the vacuum methods I have been deploying in my sculptural work are very closely linked to the headspace vacuum system. I think there is potential to utilise this process in my work both on a conceptual and technical level in the near future.

I am off to Aomori today. Firstly to visit the curator Yuka Keino at Aomori Art Centre, who is also currently working on a smell related project. Secondly, to counterbalance the electrified metropolis of Tokyo I wanted to visit two historical olfactory sites in Aomori. The first historical olfactory site is the Sannai Maruyama village which dates back to 3000BC. I wanted to visit the odorous straw huts as well as the ruins of the old stone village. Second on my list was the historic Sukayu onsen in the Aomori mountains, dating back to the Edo period.

Entering the Shinkansen, there is that perfect clean NEW smell in the air! The perfectly polished ‘non’ smell that is so omnipresent in all transit and public facilities in Japan. It’s the pasteurised smell of ‘clean’! Gleaming perfection. Like the apple store, but better, more prominent and present! I can't explain its constituent parts, but it’s perfect. Plastic, rubbery, disinfected! I'm convinced it's an engineered aroma.

Arriving in Aomori, there is a strange familiarity with the city and my hometown Jyväskylä. Of course the cities are worlds apart but they are both old industrial cities in a valley of hills surrounded by the water. I walk to the Sannai Maruyama site as it's a beautiful autumn afternoon. Arriving at the historic village is truly special, in comparison to Tokyo it feels like a time capsule. I enter one of the old straw huts and am struck instantly by such a strong and emotional natural smell. Tar, hay, dirt, earth and smoke enveloping me into a calming aura. This smell is truly evocative! Reminding me partly of the cabin & sauna smells of burnt wood and tar we have in Finland. I just sat there for a moment to take it all in. It was quite emotional actually. The smell, the darkness, the wood! This is a smell I would like to collect with Headspace.

The next morning I visited the Aomori Arts Centre to talk with the curator Yuka Keino about their facilities and a new project she is working on. The art centre is located in the most stunning landscape with great facilities for artists to work at. Again the landscape reminded me very much of my hometown and filled me with calm. I will most certainly be coming here again next time when I visit Japan.

To end my journey in Aomori I had arranged a visit to the historic Sukayu Onsen, which has been a site of cleansing and purification since the Edo period. The highly acidic water is said to have healing properties not only for the skin but also for the mind. The second I get out of the car I am hit by the smell of the site; sulfuric acid reminiscent of rotten eggs. The smell reminds me of Iceland. I quickly got used to it. My experience in the Onsen is really like stepping back in time. Inside the ryokan smells like old wood. The smell is musky, dusty and aged. In this smell there are some similarities between the place and Finnish smoke sauna buildings.

The trip to Aomori was a great cleansing olfactory break from the synthetic metropolis of Tokyo. The visit became a way for me to look at the ritualistic side of smell and historical sites of cleansing the body. The Historic journey continues the next day to Kyoto.

I’m off to Kyoto today for a two day historical visit. During my trip I want to experience some of the rituals related to smells in Japan. On arrival I visit the Yamadamatsu Incense makers, to experience a traditional Kōdō incense ceremony. Unfortunately due to Covid they are unable to do the full ceremony, however I am given a full explanation of the ritual. Kōdō or smell “listening” is a tradition intended to purify the soul by smelling various fragrant incense materials, such as agarwood. Understanding the process more gives me a better understanding of the rituals associated with smells in Japan. Even as a ritual, smell is associated with a type of ‘virtual’ mental space, something outside of the current space in which the body resides. Indeed Kōdō also suggests smell as a mode of transport to the ‘other’. I bought a small version of Kōdō to experience at my hotel later on the same evening.

The next day I visited the Kiyomizu-dera temple famous for its incense burners as well as the Inari Shinto Shrine. At both sites incense plays an important part in the purification of the surroundings and soul. The incense is so strong it makes my eyes water, a powerful emotional catalyst. The scented smoke becomes a sensory augmentor of the temple, acting as an invisible ritualistic material between life and afterlife. It is really interesting to see the historic use of smell in a ritualistic context, which (while vastly different), has some similarities with the attempts of contemporary olfactory systems to place our minds into multiple parallel virtual mental spaces. In the commercial temple, that is the international “mall”, the smell of green tea is computer controlled to diffuse into its cavernous grand halls, to transport our minds momentarily into a mental place outside of the confines of this reality.