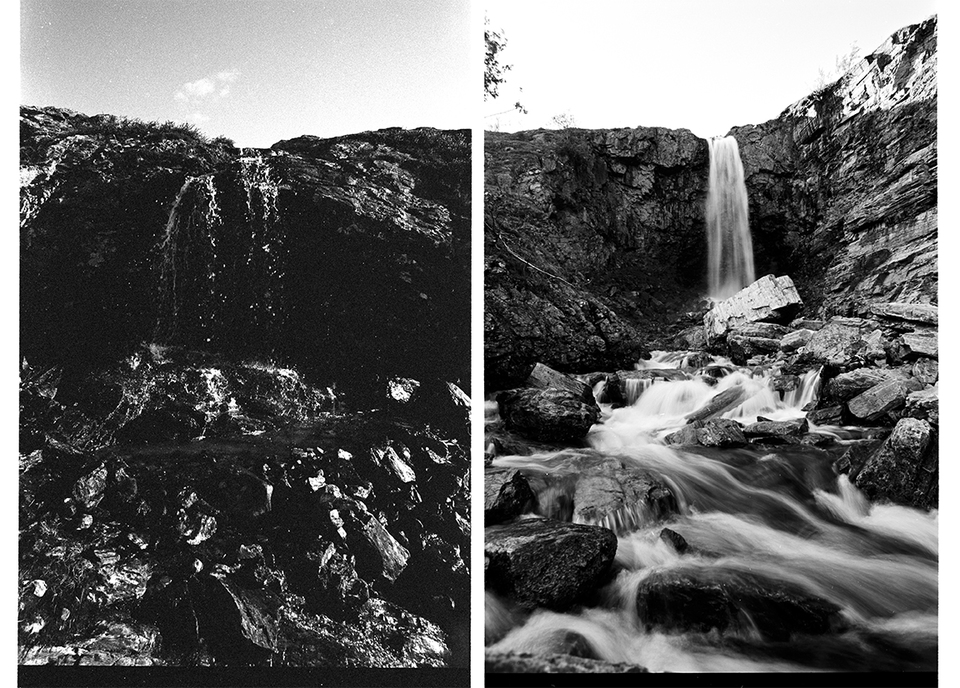 
I didn’t know what to expect, what I discovered was great contrast in scale, between mini and macro.

I arrived at Kilpisjärvi for the ArsBioarctica Residency to work on a collaborative project, Sounding Out Spaces. I strove to accept my presence there as though I were a blank canvas.

Reaching the Finnish Arctic Tundra after having lived in Scotland for many years gave me an initial feeling of deceptive comfort. Though there are aesthetic similarities between northern Scotland and northern Finland, the compactness of the Scottish Highlands becomes imminently obvious.

This northern outpost is a pretty incredible destination, and magic to be able to spend time as a resident. Historically it is Saami territory, we were a couple of kilometers south of the Norwegian border, 11km hike from the Norwegian/Swedish/Finnish border trig point, and almost a day’s drive north of the Arctic circle. It’s normal to carry a rigid blade by your side. It’s normal that booze is expensive. It’s normal that a sauna is the first form of doctor you see. Your bins are divided in: recyclable and burnable, the latter referring to a small domestic incinerator near the house. And yet the air quality is one of the purest in the world, at 4mg/m3 of particulates, which contrasts nicely to parts of Beijing at over 400mg/m3. Our water supply was a pipe that poked up in the stream across the road: the most memorable flavour of the Tundra is drinking the water. Sweet and incredibly pure, from any source. Absolutely miraculous!

The two main trees are Birch. Dwarf Birch (Betula Nana) lives above the tree line and is rarely taller than an apple, choosing the lay flat in a bid to survive most of its life under a thick blanket of snow. The tree line itself is made of a hybrid between the Dwarf and Betula Alba, rarely more than a couple of metres high, and with almost no canopy. Their spindly white legs poking out from their hairy, mossy bodies.

Landscapes have always been about first-hand experience for me, and I love them this way. However, landscape has never interested me in photography nor painting; in Kilpisjärvi I became obsessed with constituents of the landscape. Though more of an observation, manifested as diptych typologies of contrasted scale, in the vein of Bernd and Hilla Becher.

Moss, lichens and rocks are both features and constituents. Saana—still littered with WWII installations, huts and observation points—is covered in ever smaller constituent parts of itself: a human definition of a fractal of nature.