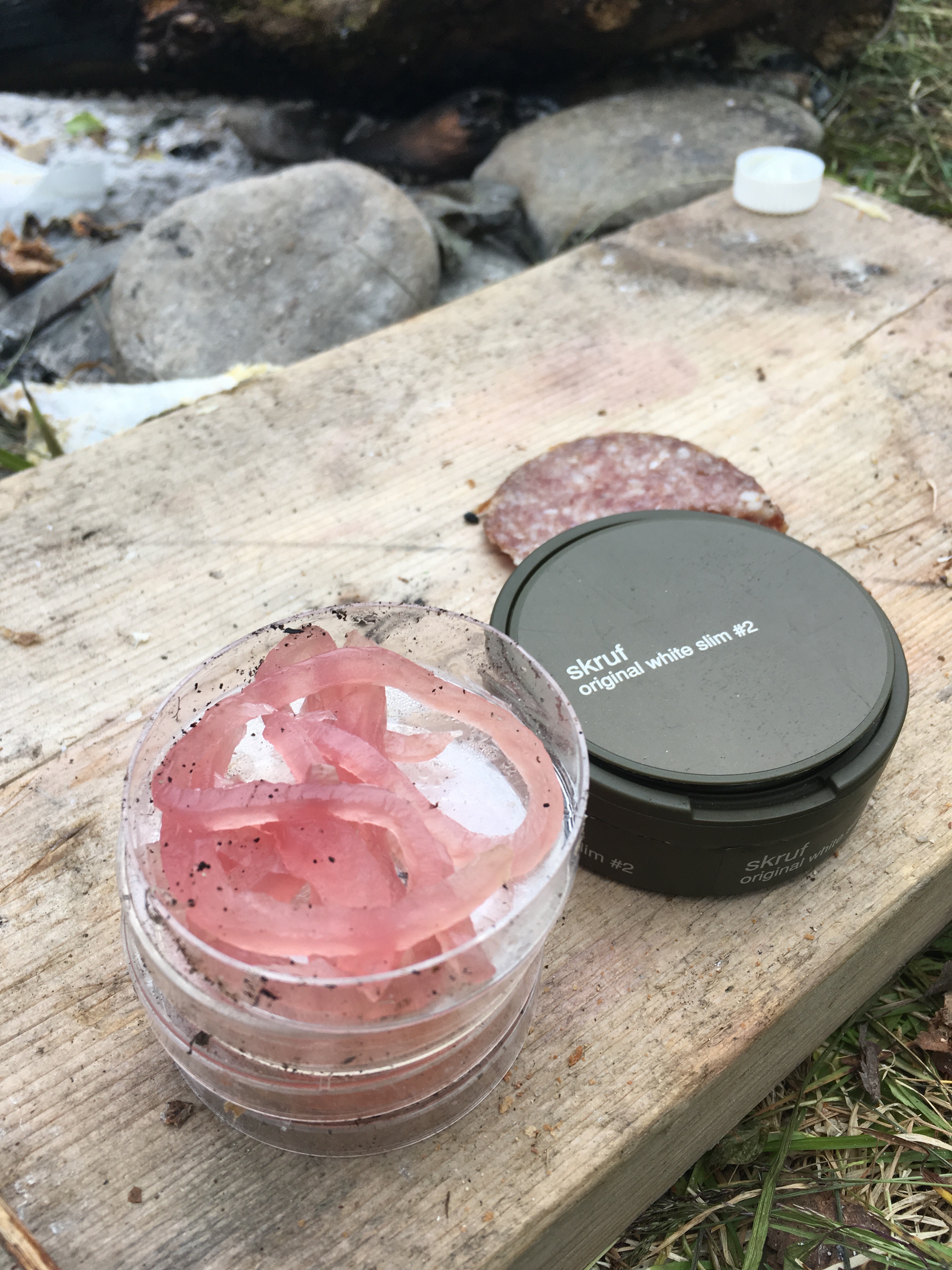 Popu Popu: Power to the Populations
posted by Adam Zaretsky on 20 July 2018 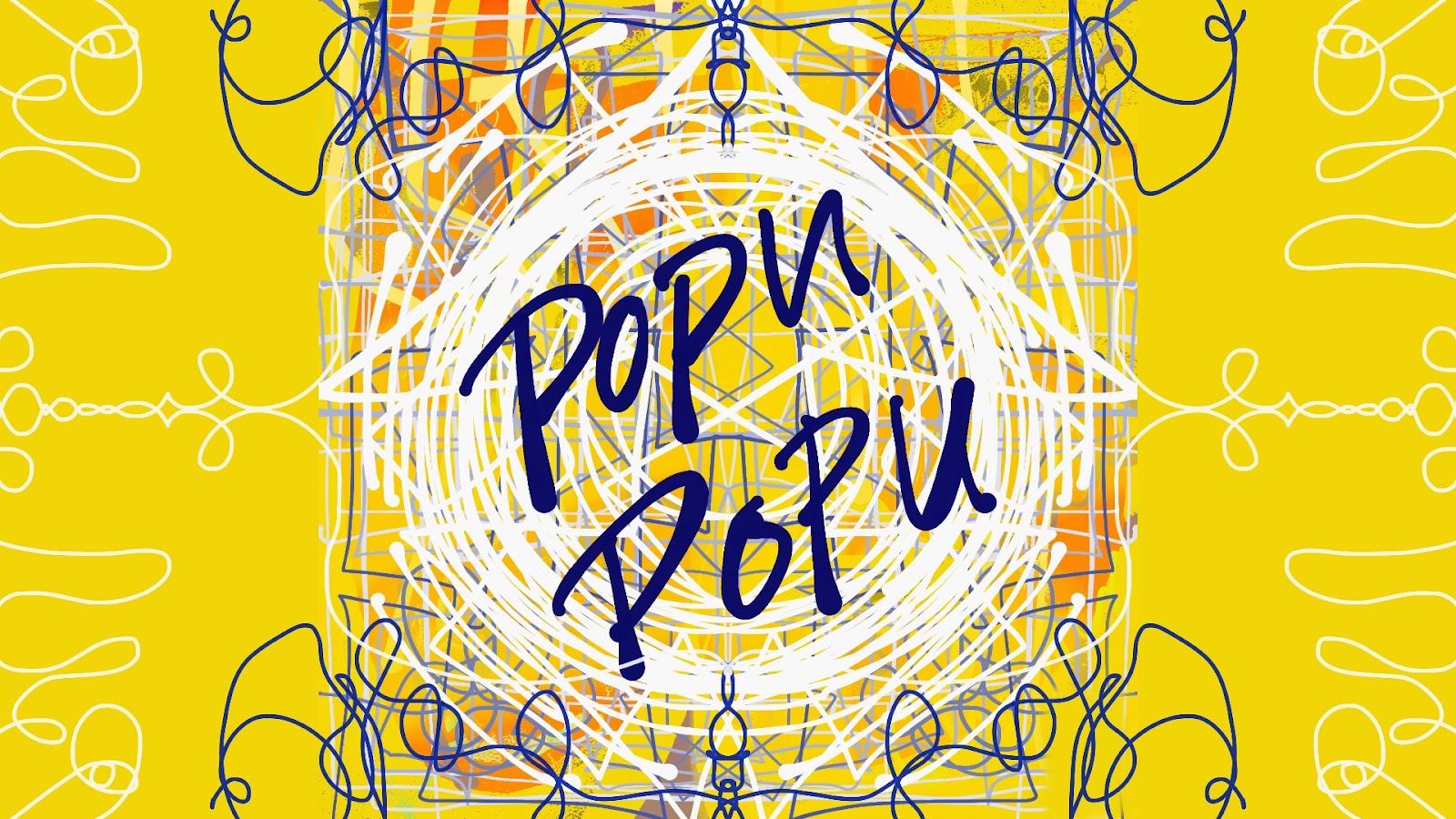 Popu popu collective brings together a Sámi performance artist, bioartists, media artists and a population geneticist to critically consider issues of Sami techno-identity in an age of  widely available genetic ancestry testing. The Ars Bioartica Residency is the first physical meeting of our group, who have been exploring these ideas for over a decade. At the heart of the residency was a visit and performance at Riddu Riđđu festival, a Sami music and cultural festival held annually in Manndalen, Norway.

Initially our Popu Popu Population Power Studies Group meant to talk about population genetics, molecular archeology and personal genetic histories in a culturally interpretive way and in terms of protoEuropean or indigenous Arctic peoples. Many in our group are not indigenous and do not claim to speak for First Nations people. While we may support Sami integrity, we begin by humbly admitting that this was a journey of learning and educating ourselves as well as asking the questions and we dedicate our studies to wider debate. Questions about particular bioethnic identity are also questions about all people’s identities and how the commercialization of genetic origin stories has redefined global origin stories. Sometimes origin stories can be manufactured by technologies and, though unreliable, they are as charismatic and addictive as any other social media. 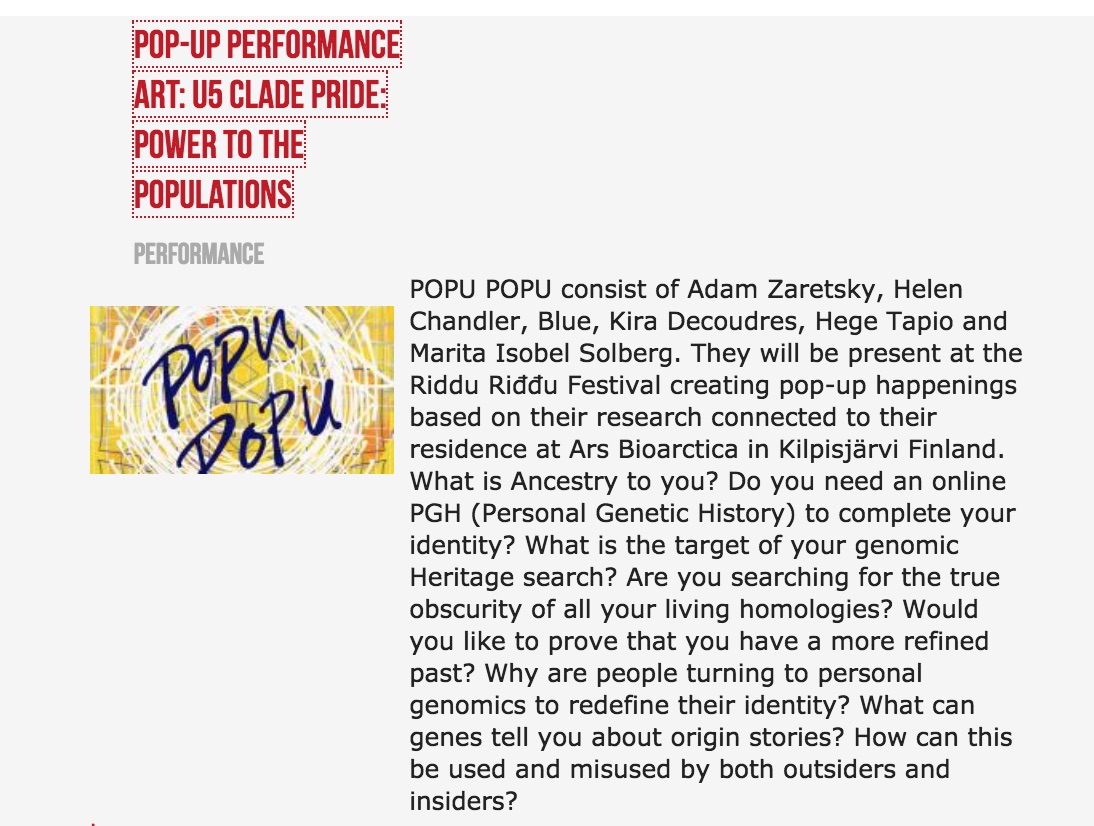 Here is a list of some of the issues we covered and some of the questions and suggested tactical responses that arose: Exploring the market of genetic testing

A strange facet of research conducted during this residency included surveying the current market around genetic testing. Common marketing slogans carry individualist enticements like “Welcome to You”, or promise belonging through revealing previously unknown ancestry. 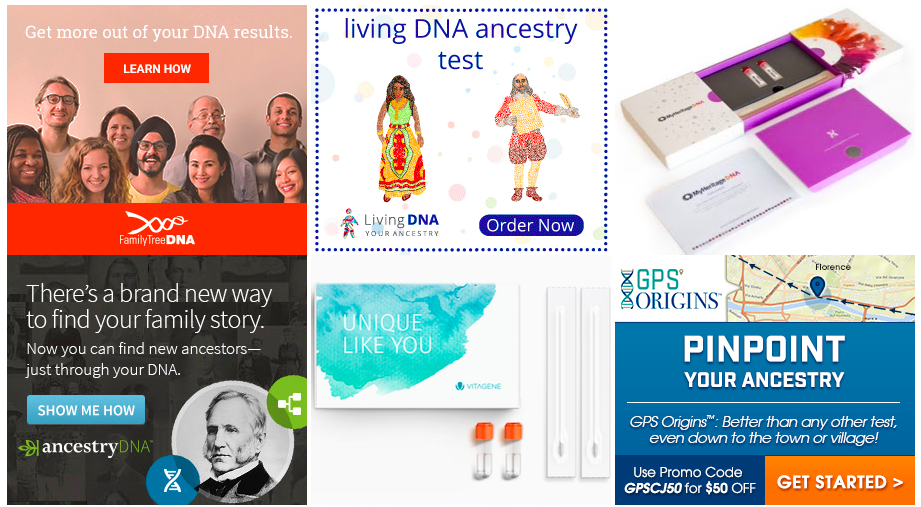 DNA Dating Sites Even Stranger! This commodification of Know Thy Self has extended to the market of matchmaking. The Science of Love uses Tinder / Match.com style web platforms mixed with claimed undeniability of genetic test-o-matics. Where will this end? Do we see a Tinderella for matching kidneys in the future?

A profound conclusion arrived at while at the Riddu Riđđu festival was that Personal Genetic History was inconsequential to personal identity formation unless emphasized (or forced) by outside prodding forces.

While speaking with Torjer A. Olsen from UiT, Arctic University of Norway, he relayed a story in which three children from the same biological family each identified differently: Sami, Norwegian, and Kven. Puzzled, we asked further about these factors for self-identification and he revealed complicated nuances of Nordic origin stories. Because of the history of Sami oppression, many who identified as Sami adopted alternative Nordic ethnicities to escape violent persecution. The result of this cultural suppression is generations who are unaware (or perhaps only quietly suspect) that their family was once Sami, but now through iterations of practice identify otherwise.

We found this much more fascinating and complicated than anything that could be revealed through a genetic screening and understood why many within this community shrugged ambivalently at what could be “learned” through genetic testing—they are proud of their identity regardless of genetic percentage. 100% ! 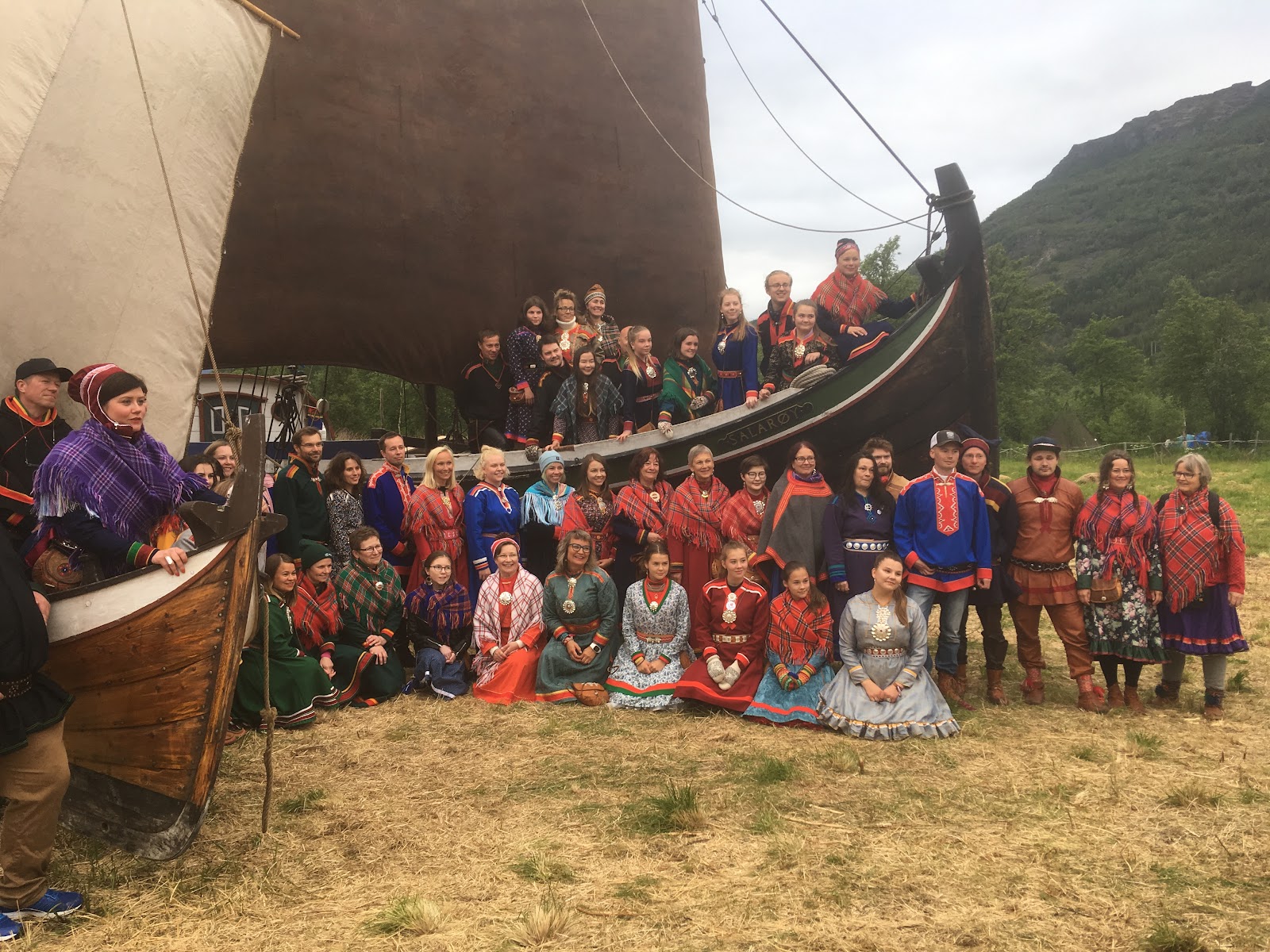 Dadaist Sonification of Data to Celebrate Difference (& Tomato-ness)--featuring hello x. Wanting to avoid being social scientists or simply ignorant at an indigenous gathering, our group deliberated on how to best engage with the public at Riddu Riđđu and convey our conversations.

The DNA data sonification device (crafted by hacker kid extraordinaire, Blu Zaretsky) functioned by measuring conductivity of liquid and responding with an audible tone. Using this, we measured willing participant’s spit, tomatoes, pickled onions, and other wet things to create a scale of relative like-ness. When someone sonified spit, we were able to tell them how closely they were related to a tomato based on pitch. This made for much music, laughter, and conversation around bio measurement. 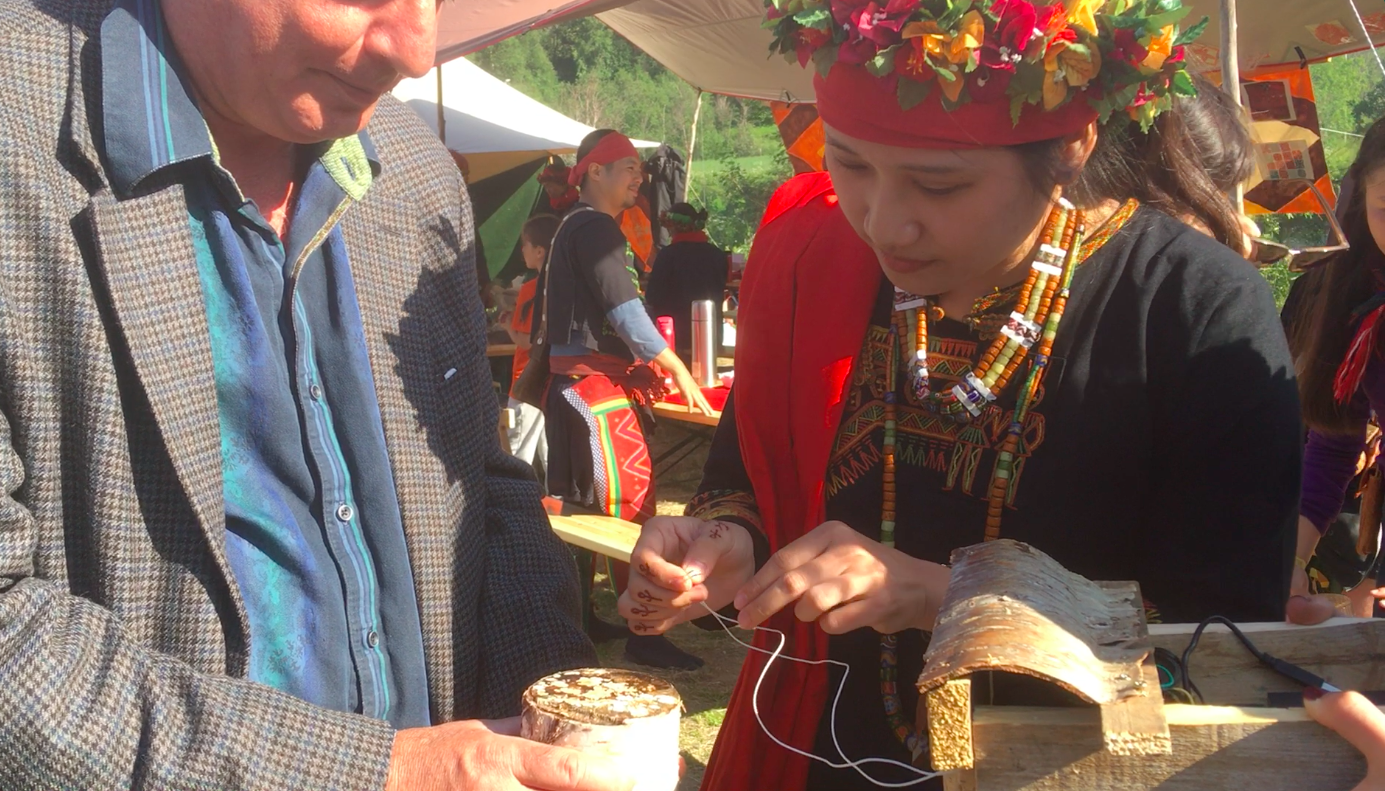 We took this device and our team to the Hello X radio podcast roundtable happening at the festival. 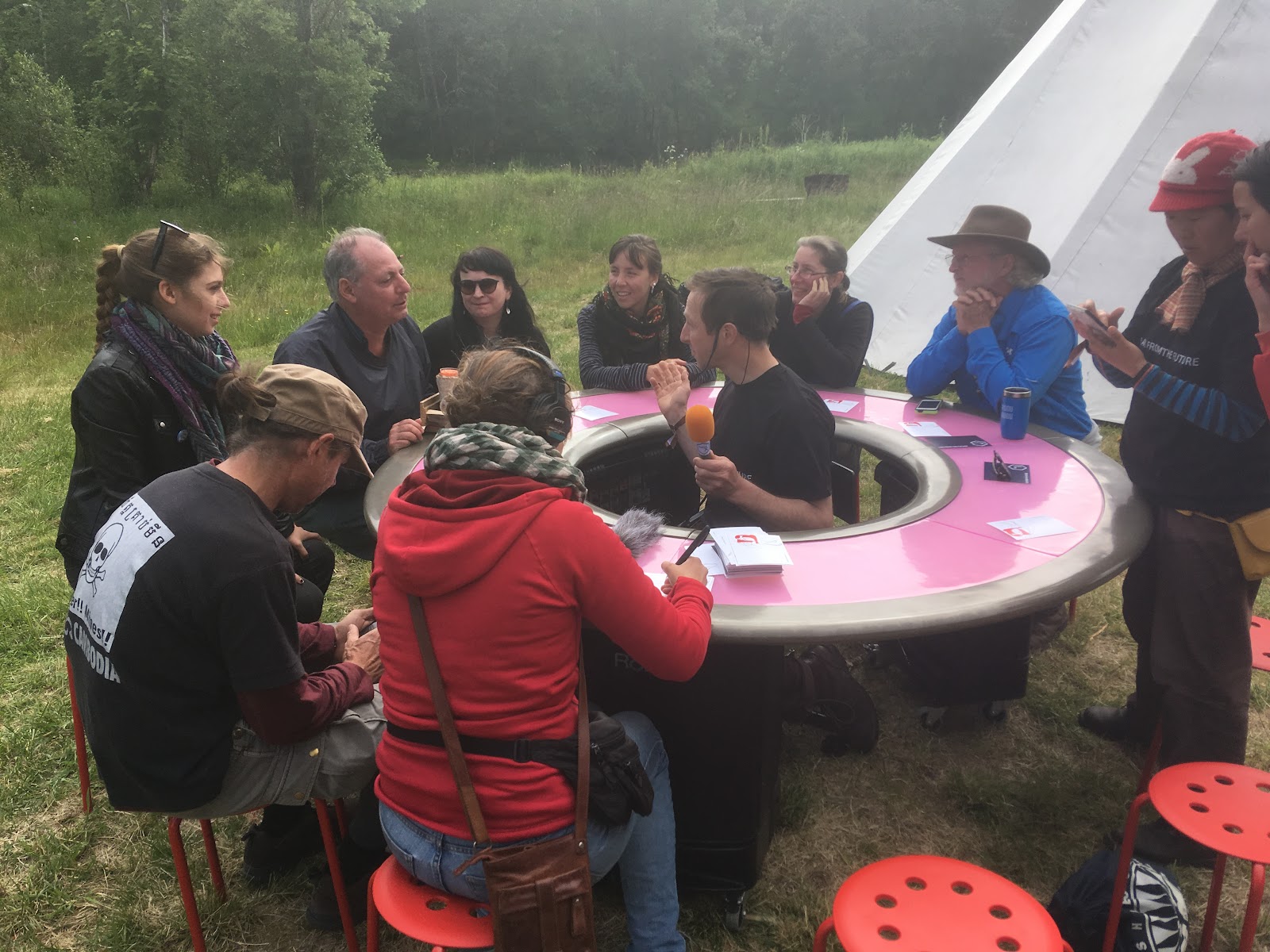 HaploTypical: Introduction of the Sami Reference Sequence Our resident population geneticist shared a wealth of knowledge about human migration patterns and genetics during our time at Kilpisjärvi. She shared a crucial point of connection: our mitochondrial DNA (mtDNA)  is inherited from our mothers. Through this, lineage can be traced through the 1000s vaginas we were all born from. To imagine the importance of the 1000 Vaginas Project, imagine yourself being born generation after generation from mother after mother ascending vagina over vagina upwards above your head into the sky. This is the stack of deep time, the platform from which we all arrived. 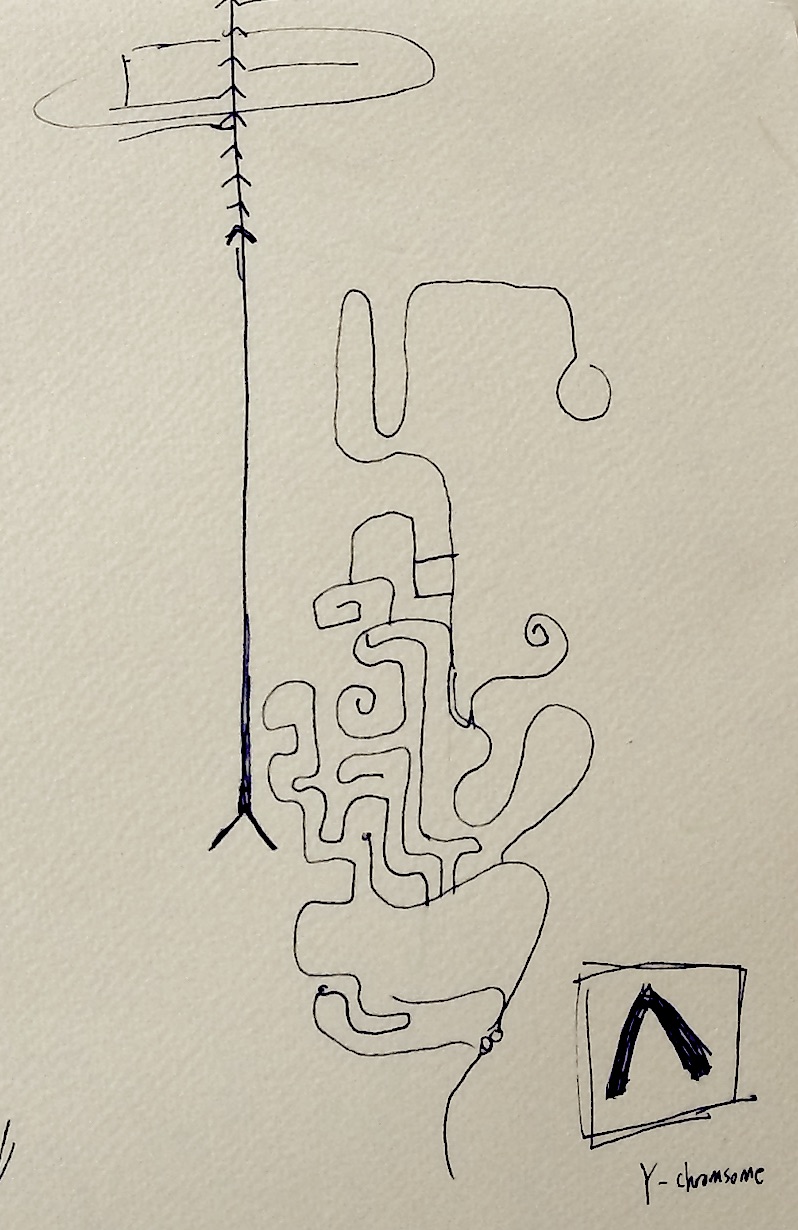 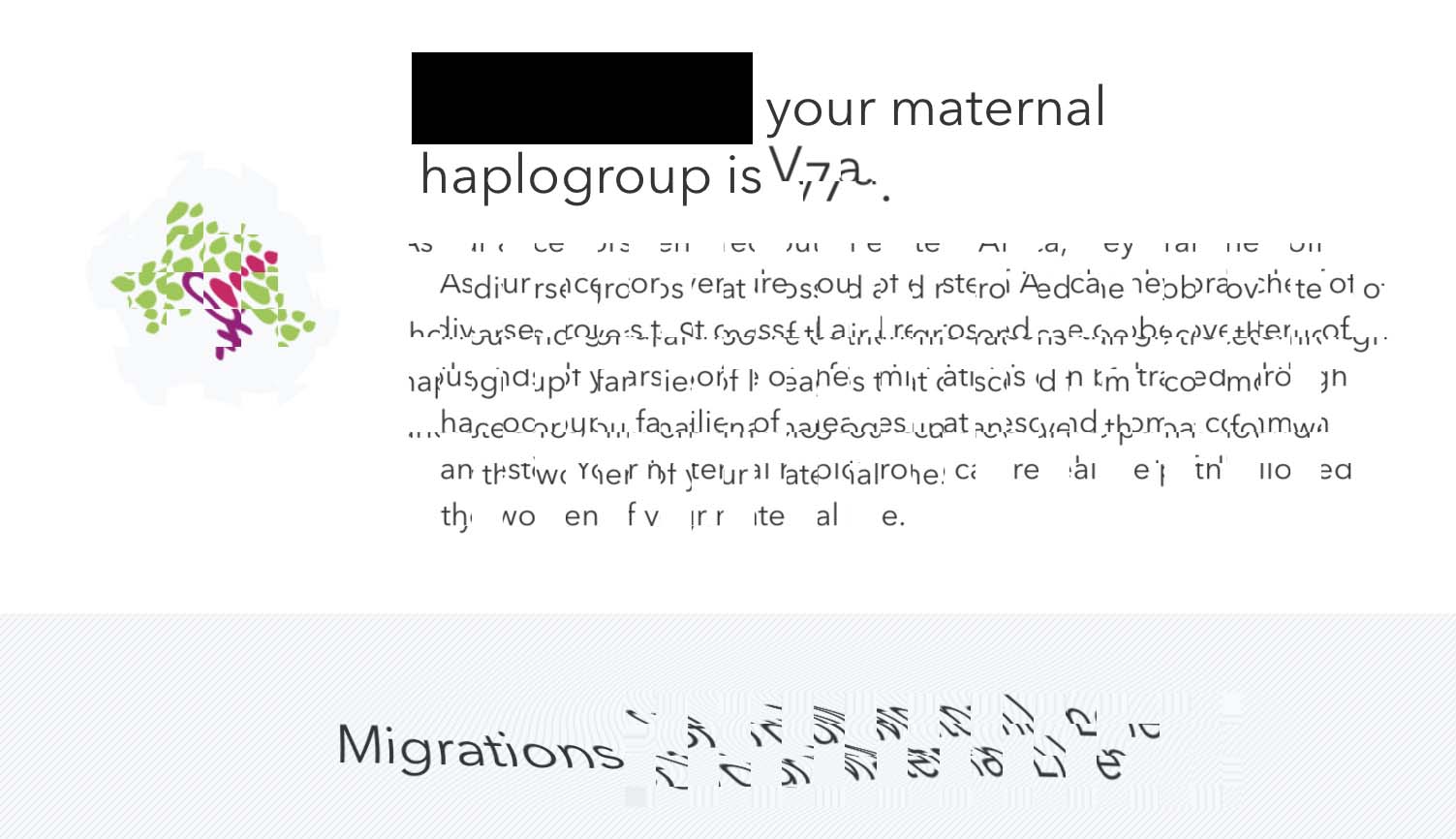 Since the 1980s, the entirety of human mitochondrial diversity has been compared with the DNA from a single unnamed British individual known as the Cambridge Reference Sequence (CRS). In order to re-centre the world’s diversity we propose introducing the Reconstructed Sami Reference Sequence (RSRS), based on a single, unnamed Norwegian identifying as Sami. In future all the world’s genetic diversity can be compared to a Sami mtDNA sequence.

See: “A Reassessment of the Human Mitochondrial DNA Tree and Introduction of the Sami Reference Sequence” (Zaretsky et. al., 2018) 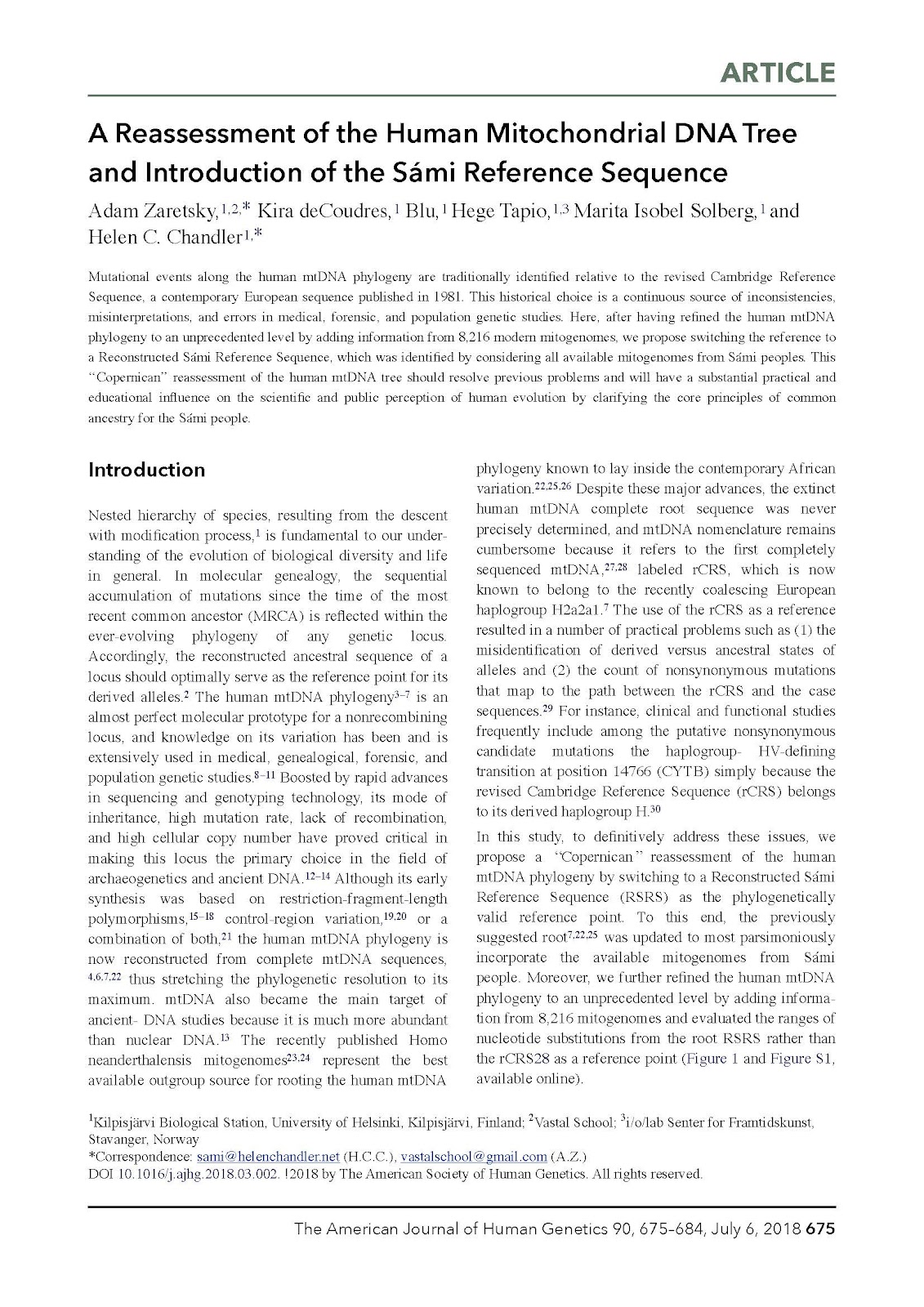 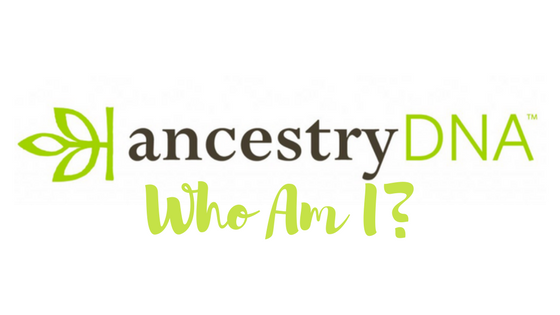 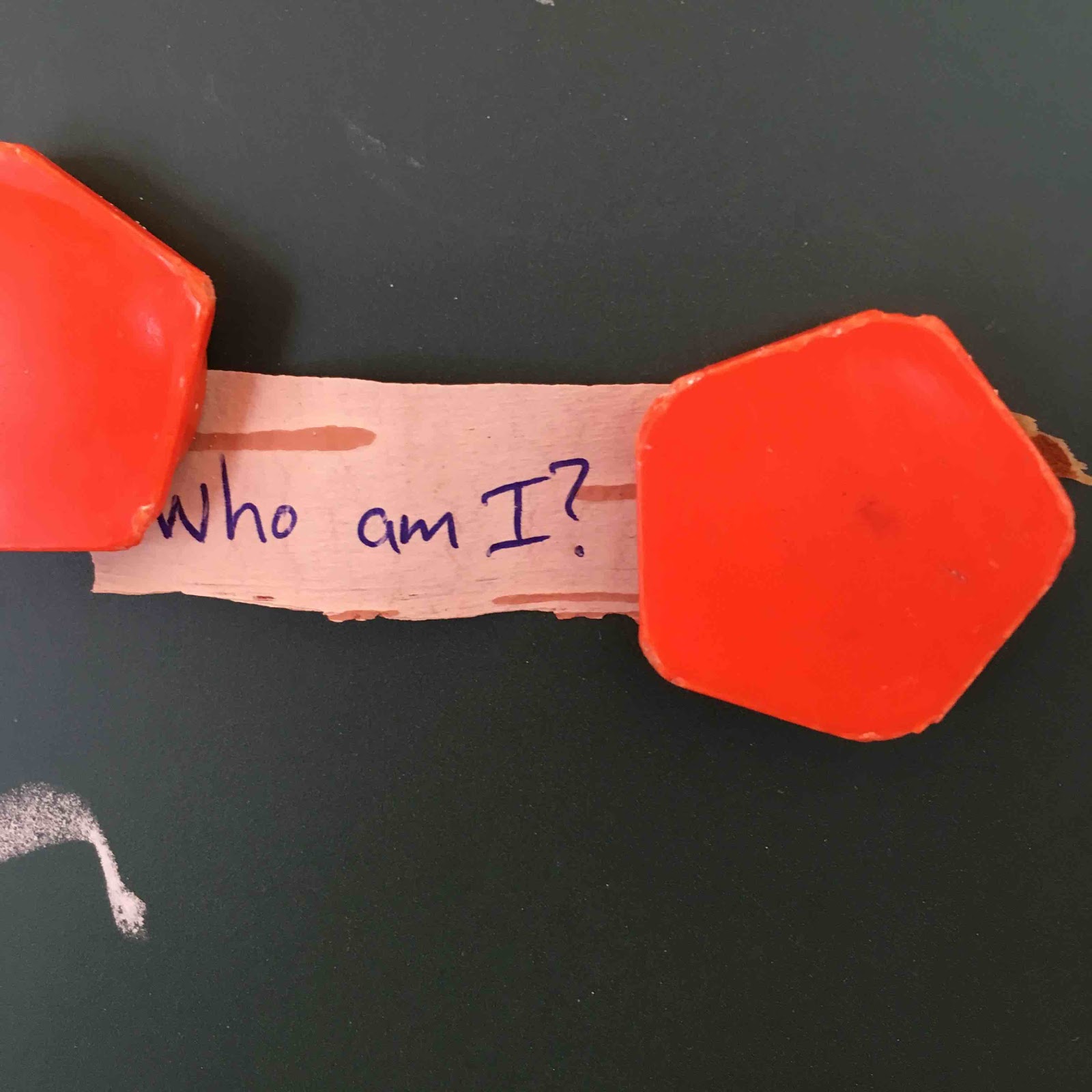 We had deep talks, great food, long hikes, reading sessions, musical inspiration and lots of dancing at Riddu Riddu, surprise guests, sauna think tanks, and fabulous collaborations. We smoked moose shit together! We have more to go and many further topics and questions. Here is graphic of notes from our black board talks: 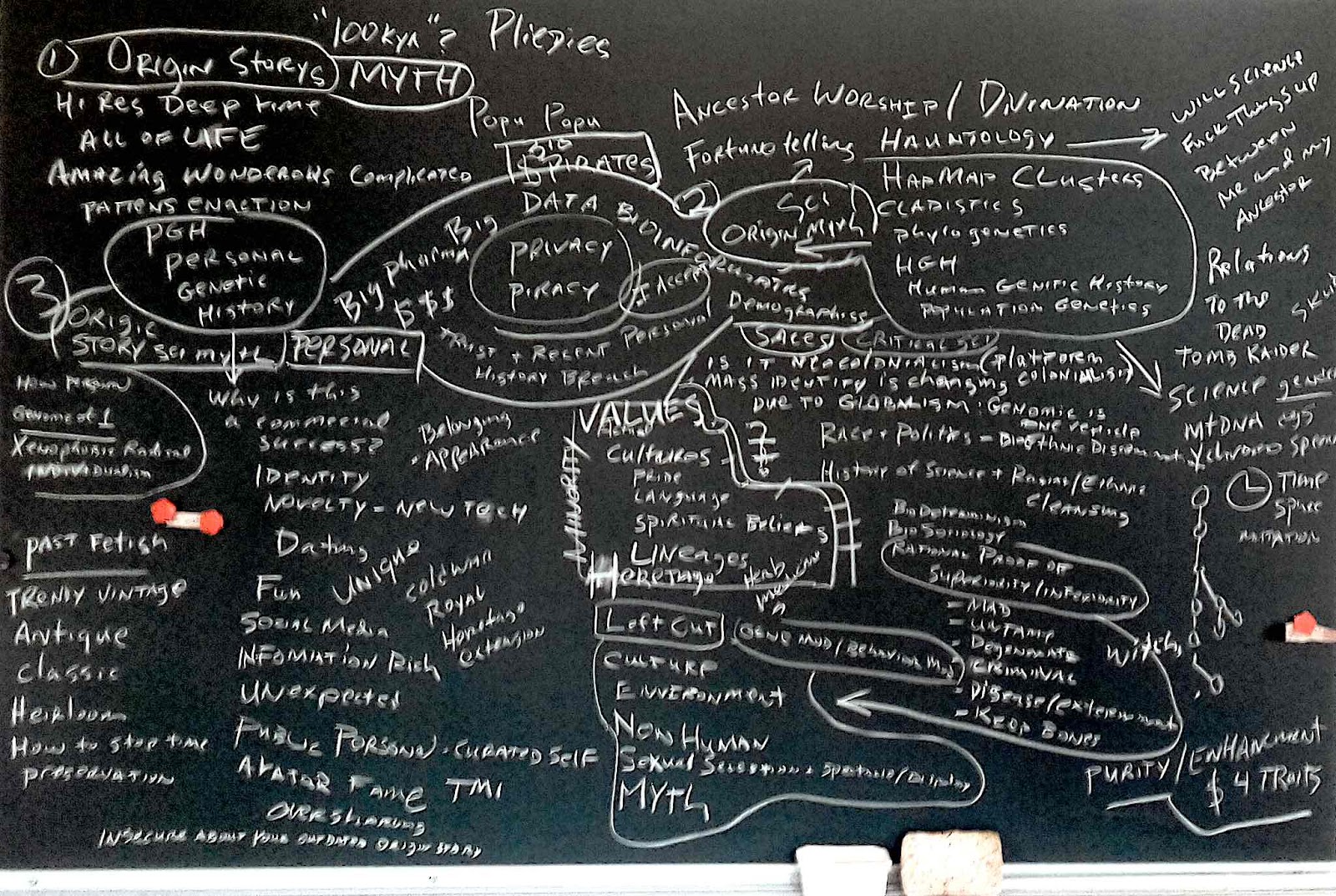 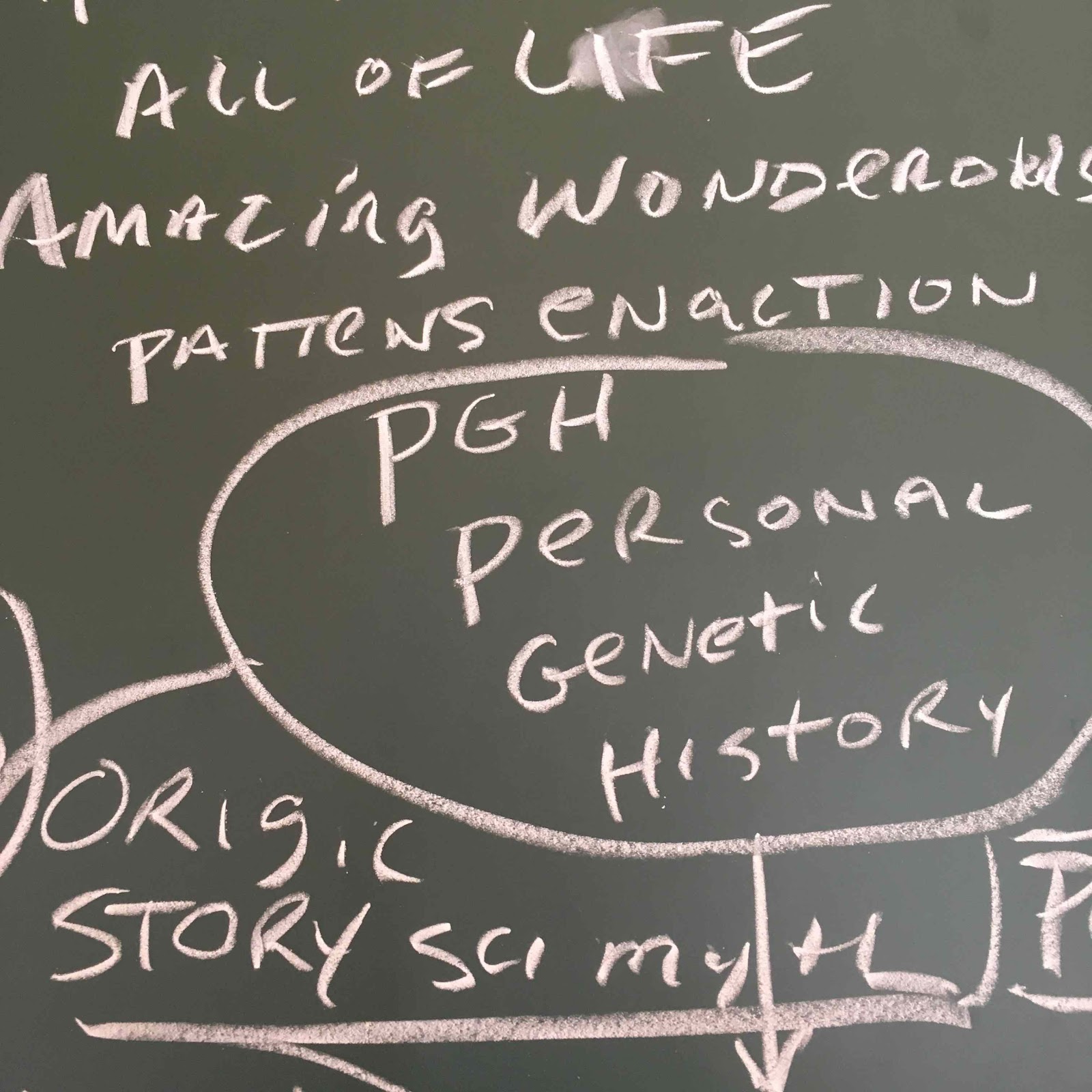 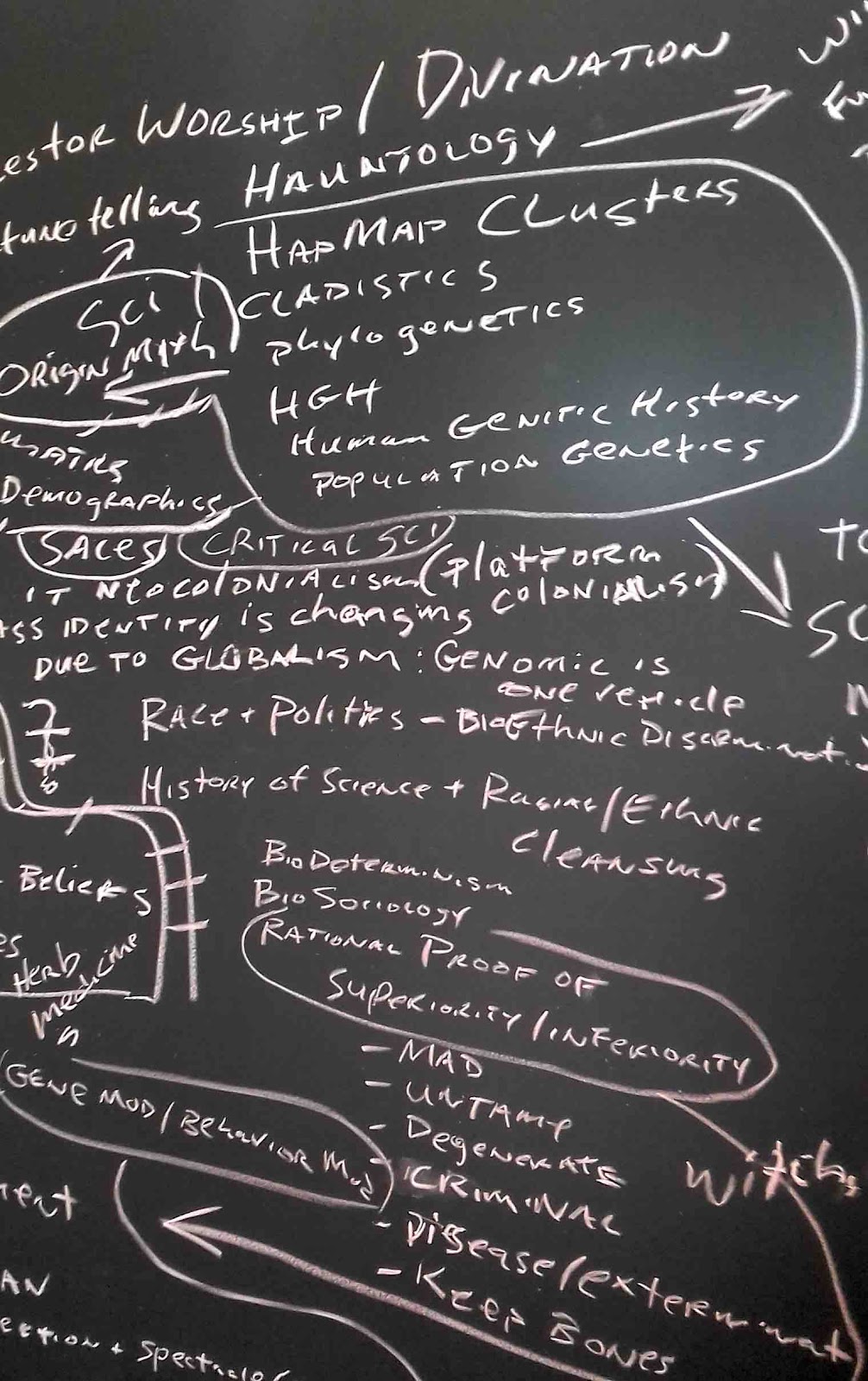 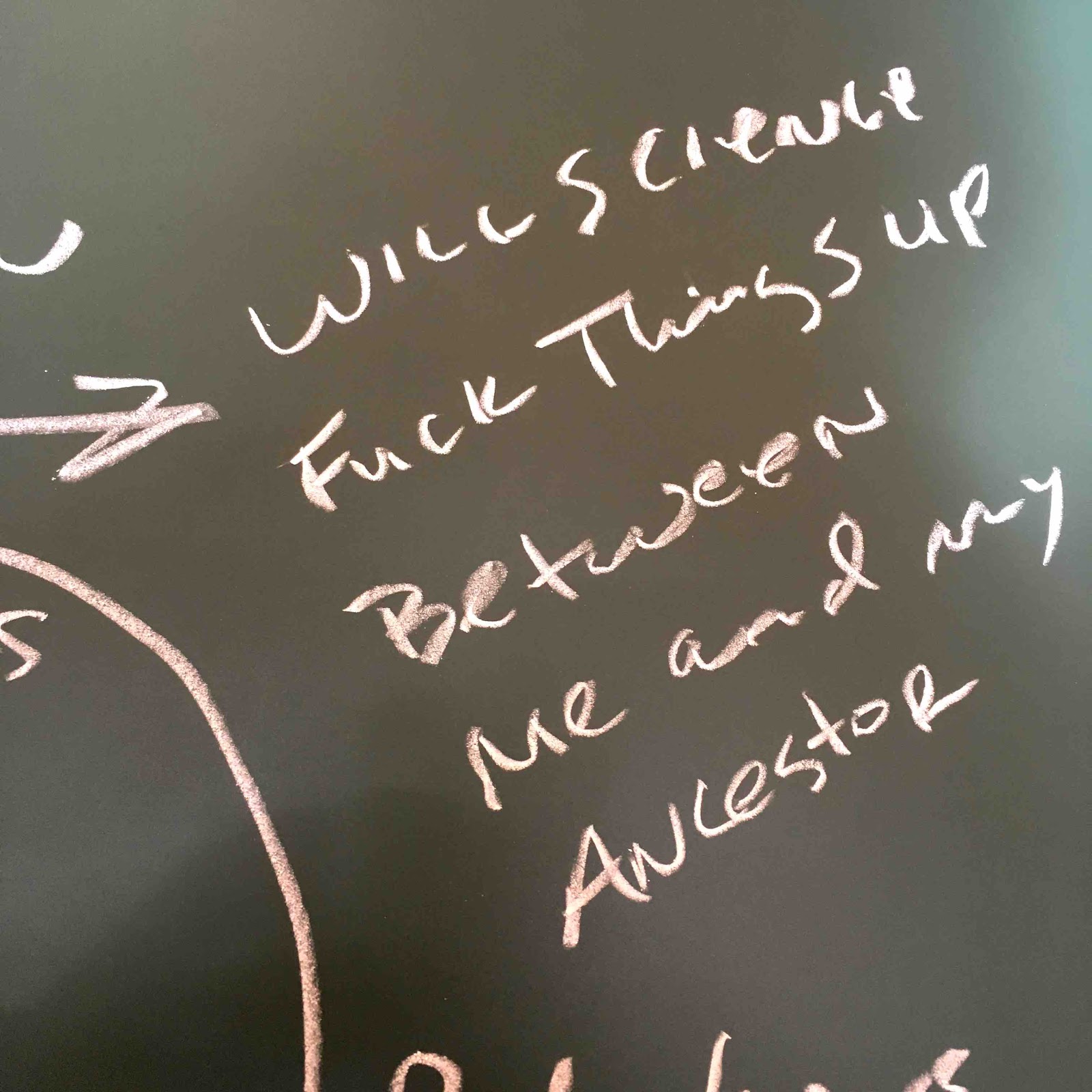 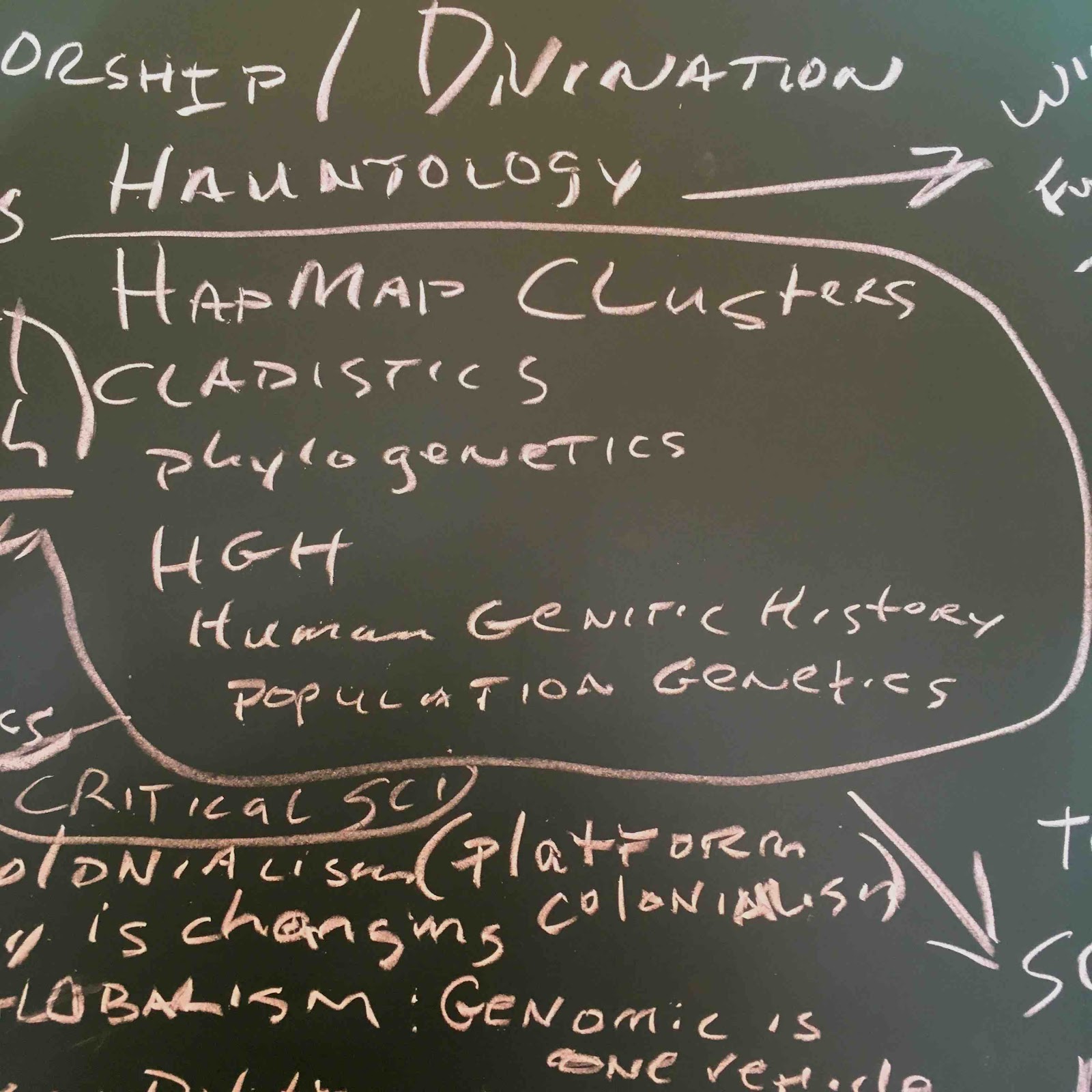 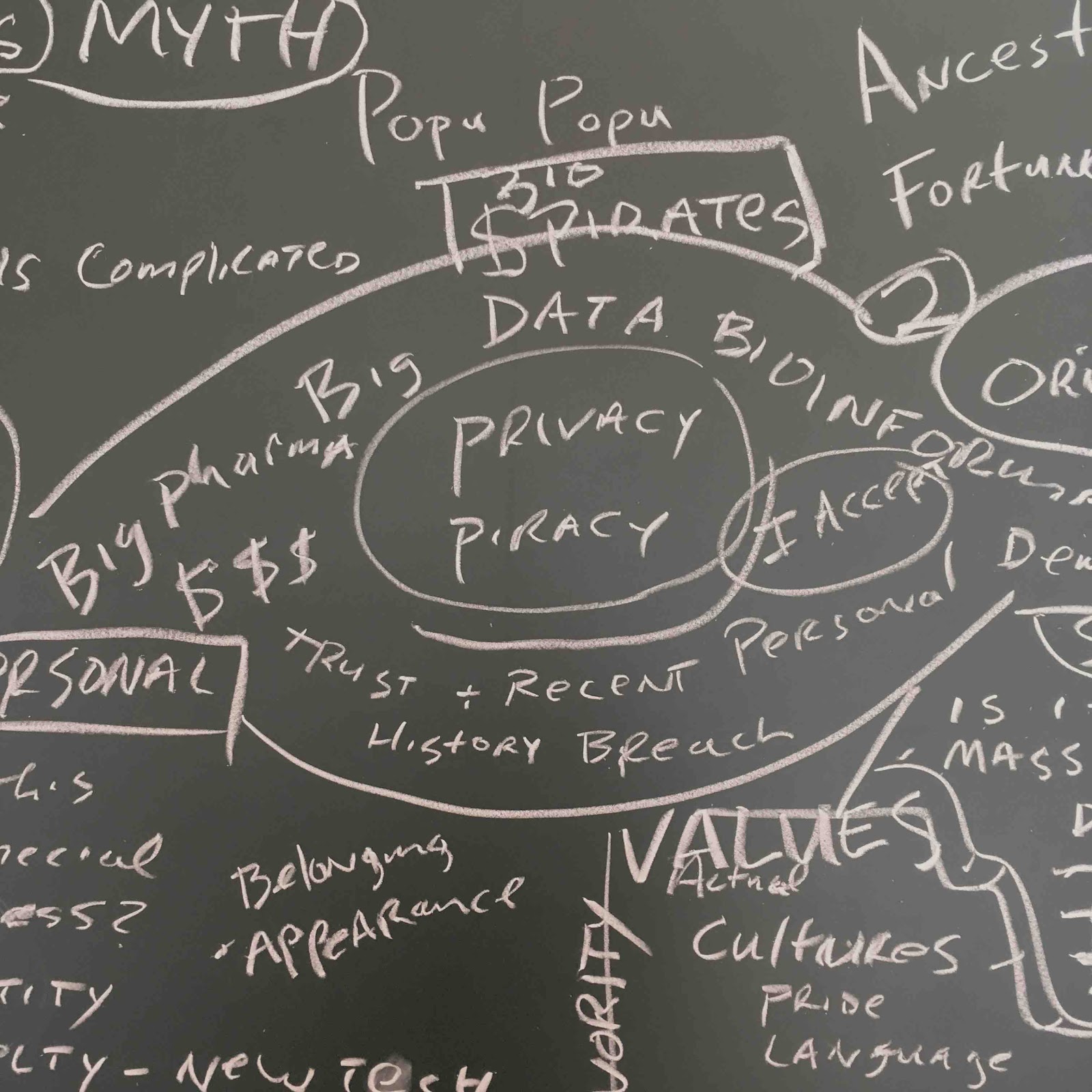 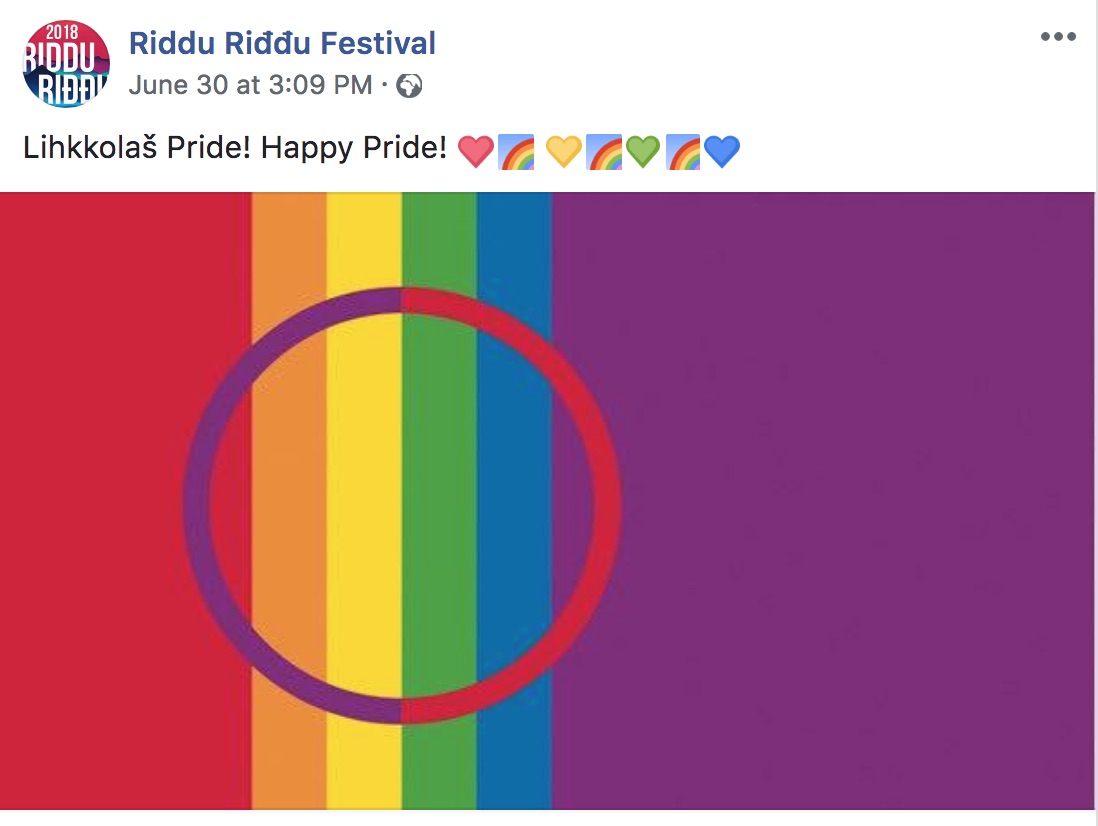 Torjer A. Olsen, Centre for Sami Studies, UiT, The Arctic University of Norway

Riddu Riddu -- other people we talked to? Way to refer?
Christine and Valentine, Hello X