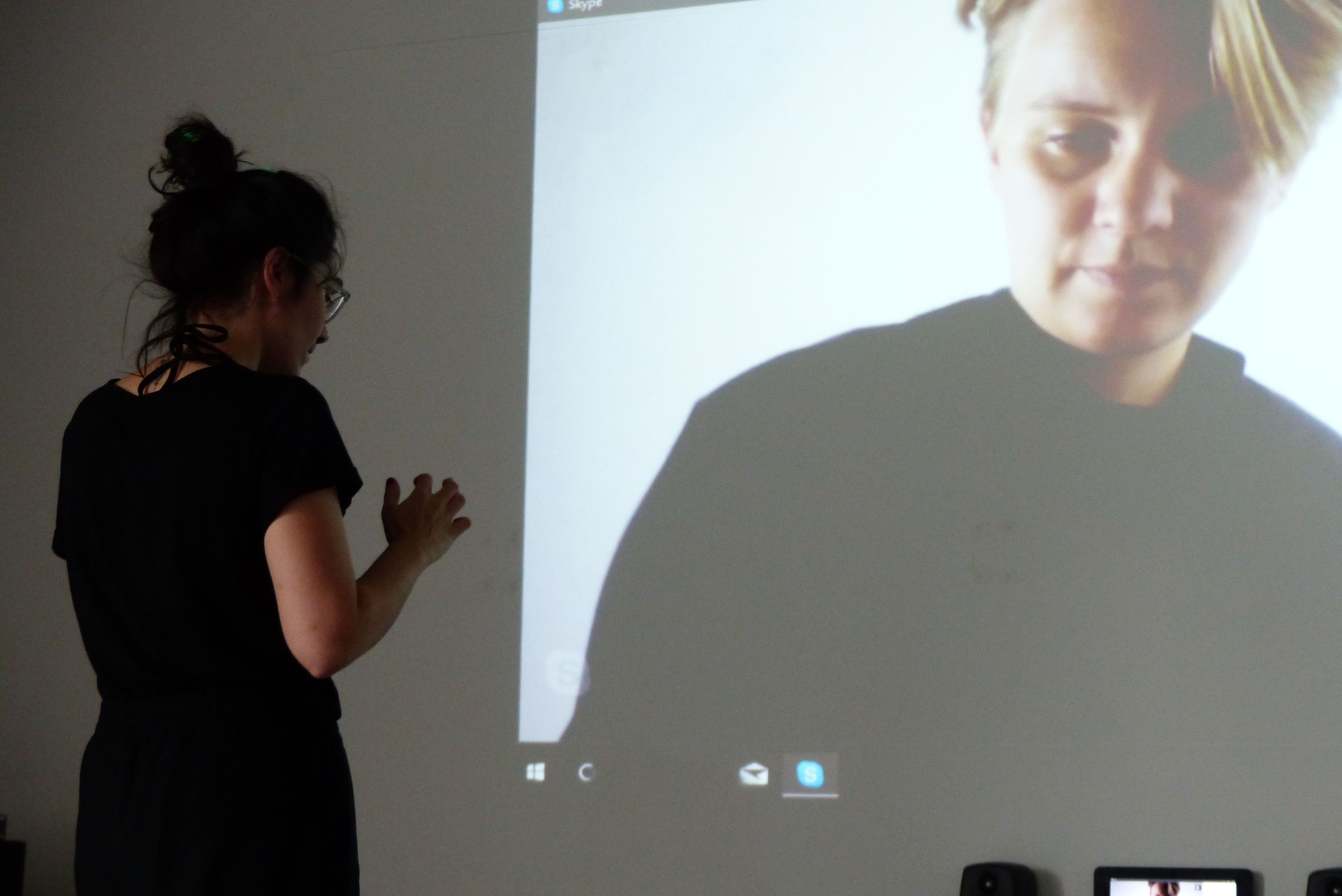 Maria Lepistö and aRzu are among the artists selected for a month-long North Escaping residency at Kilpisjärvi Biological Station. Their residency will take place in 2023.

The artist duo plans to create an augmented sound expedition, including poetry and different sounds, which points attention to details and reveals the hidden stories of the Kilpisjärvi landscape. During their residency, Maria Lepistö and aRzu will delve into the studies conducted at the Kilpisjärvi Biological Station in which solar activity is retroactively measured by radiocarbon dating in the trees in Lapland. They are interested in how a phenomena, invisible to the human eye – such as radioactive decay and photosynthesis – can be described. Lepistö and aRzu intend to combine research of sun storms with fragments of poetry. As radiocarbon dating treats trees as containers of information the study of solar storms is used as an argument to preserve the forests, Lepistö and aRzu further suggest, that the trees in Northern Finland are containers of poetry.

As a duo, Maria Lepistö and aRzu combine backgrounds in science, storytelling, spoken word, sound design, and sound walk. Previous collaborative projects between Maria Lepistö and aRzu include the audio poem They Always Want Something and an online text-based game combining poetry, excerpts from scientific publications, and sound titled The Animals Were Never Alone ll.

Maria Lepistö is a performance artist working with spoken word and storytelling, paying particular attention to the sound of language and the rhythm and emotion in the voice. She mixes scientific research, emotions, and a desire to stretch language, expressing a longing to be understood, to make sense. Lepistö has completed an MFA at The Royal Danish Academy of Fine Art as well as a BFA from the Gerrit Rietveld Academie, Amsterdam, and she has a background in physics at Lund University, Sweden. In 2013, she founded the Animal Sound Society, an ongoing project about listening to animals. In this collaborative project artists and performers work with voice, movement, dramaturgy, text, and speech to give performances, workshops, collective listening sessions, and video work.

ARzu is an artist working with sound art and sound design mediums to create audio-visual projects, recordings, compositions and sound designs. At KASK Conservatorium in 2018, she completed a European Postgraduate in Art of Sound. The video works that aRzu has contributed to have been screened internationally. ARzu’s sound works have been shown in multiple festivals. She is part of the sound collective WORRAN, has released with the sound label Audiotalaia and is initiator and co-founder of C O M (E) P U L S I V E.

During the next years, the Bioart Society is organizing a series of activities under the umbrella of North Escaping. This includes six transdisciplinary research residencies at the Ars Bioarctica residency program, accommodated with a public outreach program in Helsinki, and the production of artworks, workshops, and events stemming from the residencies. The aim of the residencies is to explore the current and approaching transformations in the North, to investigate the possible consequences of these developments, and how we can build cultural capacities to deal with them. The residencies take place in the facilities of the Kilpisjärvi Biological Station of the University of Helsinki.

North Escaping has been generously supported by the Nordic Culture Point.

Photo from Maria Lepistö's and aRzu's performance This is a restaurant from 2019.