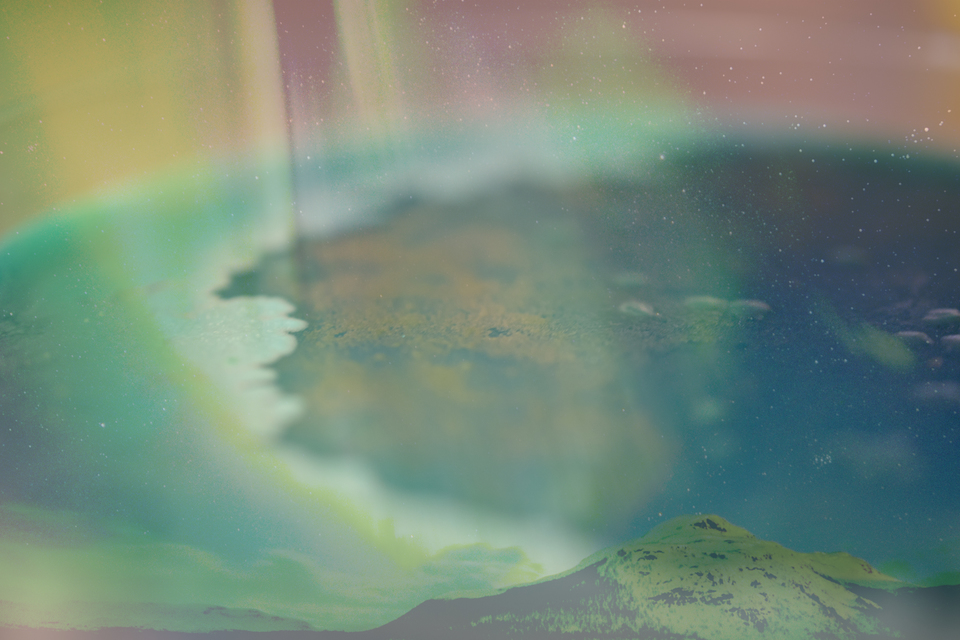 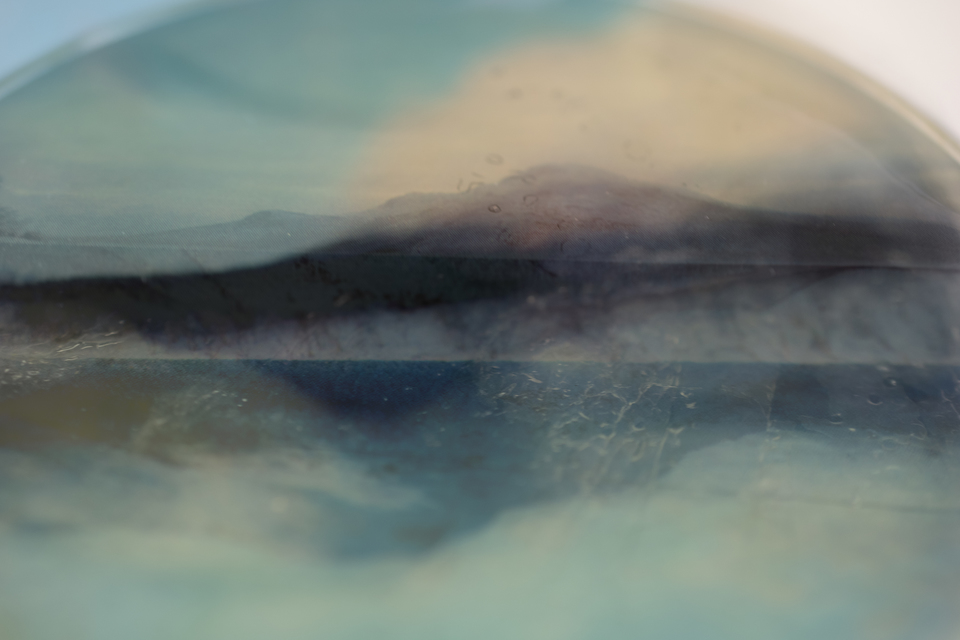 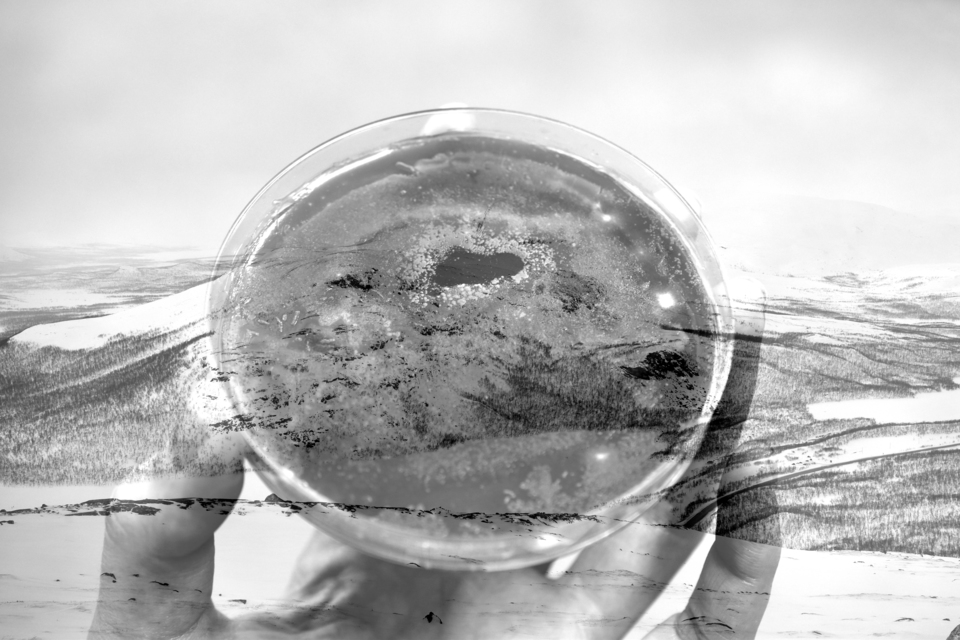 How to Capture Flow, Part II: The Light Journals. After one week in Kilpisjärvi, the title of my project is starting to make sense. I spend my days and nights chasing the light of this peculiar landscape: the sun, the aurora: using photosensitivity as a tool to capture its constant evolution across the ripples of Malla's peaks. And then I let life take over. Projecting this light onto bacteria: I watch as the surprisingly colorful microorganisms and lichen that hide within the blinding whiteness of this arctic landscape reinterpret its patterns. From landscape to laboratory and back again: capturing the light in a petri dish.

Yesterday, I visited KAIRA, the famous aurora data center, somewhere between Finland and Norway. Amidst the silence of the falling snow, the grayish white, nearly invisible horizon of Malla and the frenetic whirring of a shipping crate filled with computers, blinking green and red lights, a man explains the sky. The particles, the cosmic noise. The pulsating aurora. The beams. The speed of light. The chemical composition of the atmosphere. Instead of looking at a landscape through a microscope, here they look at it through dots and numbers, translating the buzzing and whirring into peaks and ripples and waves. Strangely enough, these little dots look just like the bacteria colonies, popping up in semi-controlled patterns across the rippled topography of my agar plates.

It seems that there is always a screen, a lens, a filter, or an invisible layer of particles between human and horizon. Being here, I’m suddenly aware of how little the human eye sees. The microscopic and the celestial escape us, without the mediation of these technological screens. Is that the only way to make these phenomena visible? Can microorganisms reveal the particles of the atmosphere: the ionosphere. the magnetosphere? Are these celestial and bacterial entities the same size? Scale shifts, back and forth. My eyes are hurting. The three colors of the aurora, the five of the bacteria, merge together into colorful compositions that finally somehow squeeze themselves into the visible spectrum. If we can finally see, maybe then it's possible to understand our role, our form, our presence, somewhere in the flux between these shifting layers of flow.