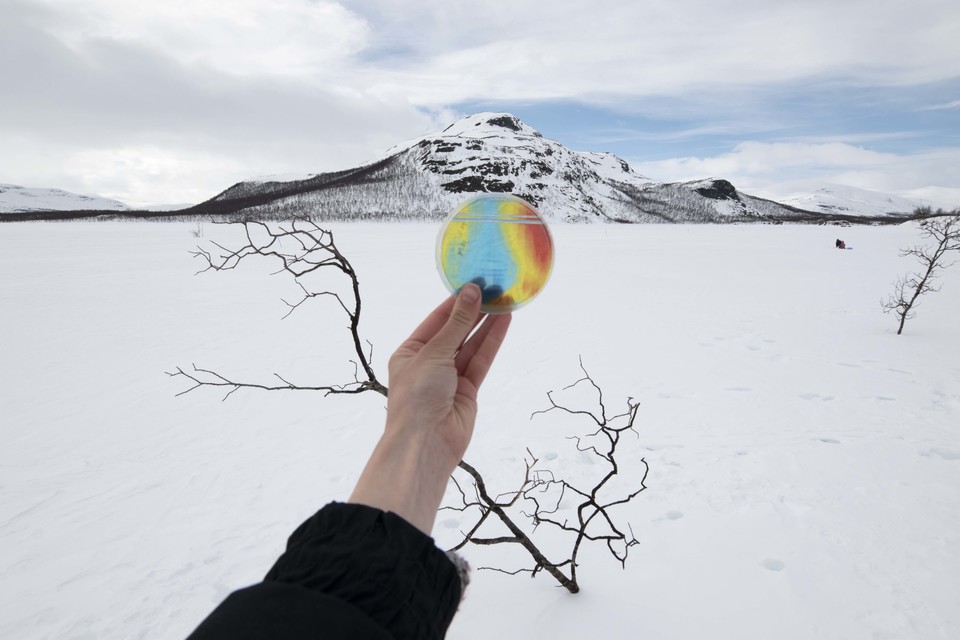 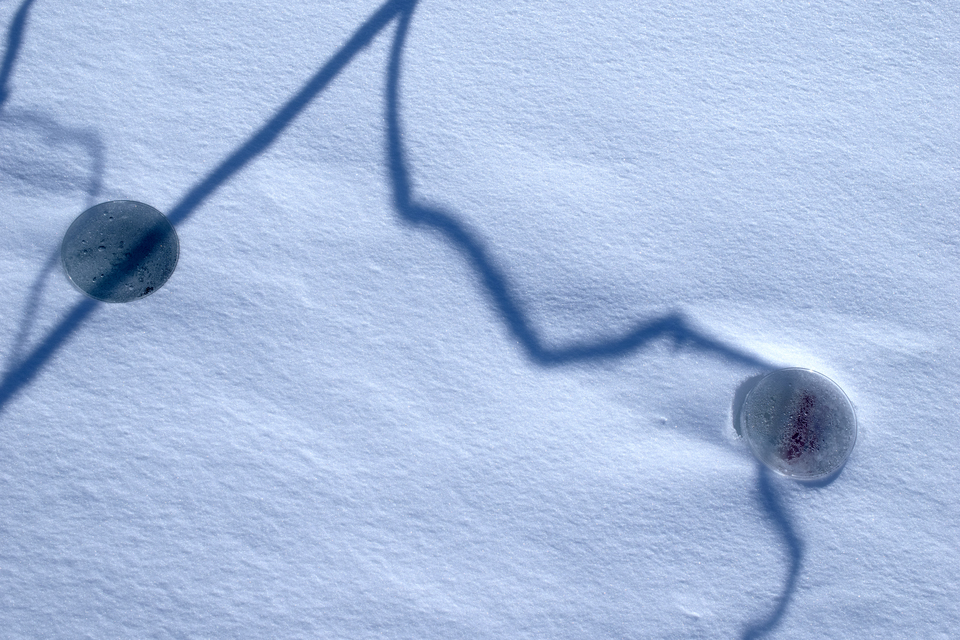 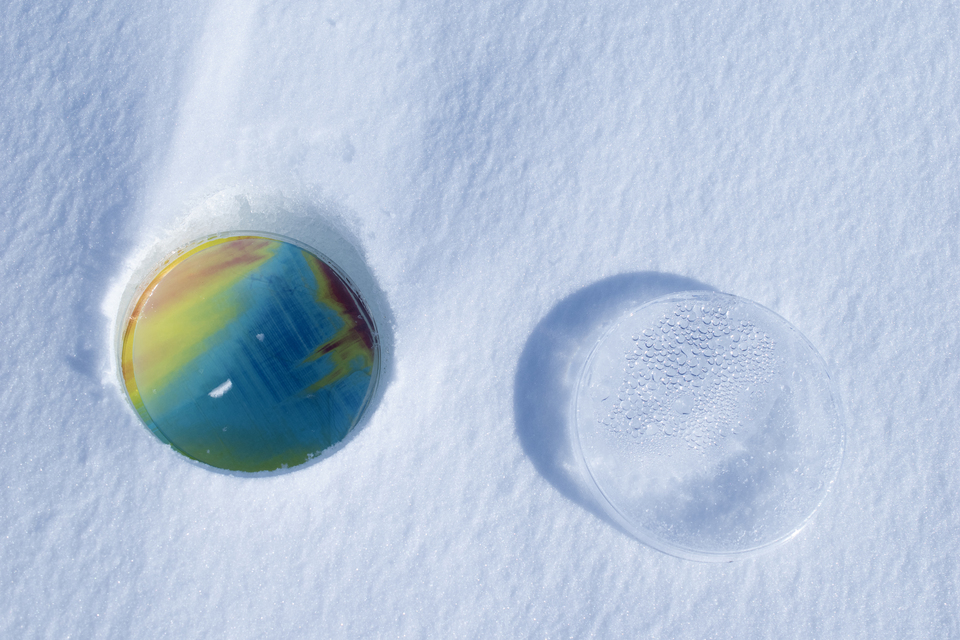 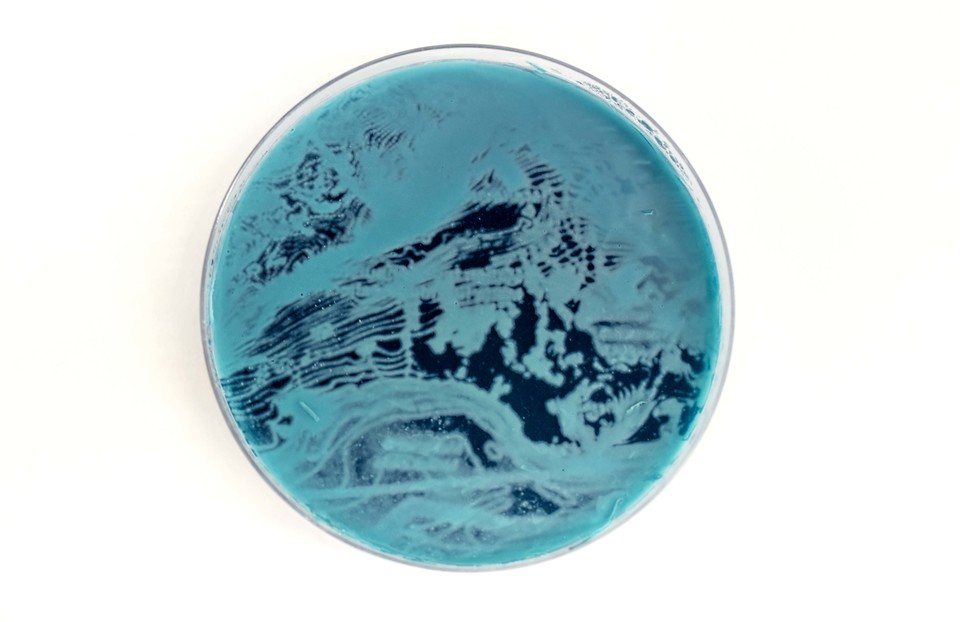 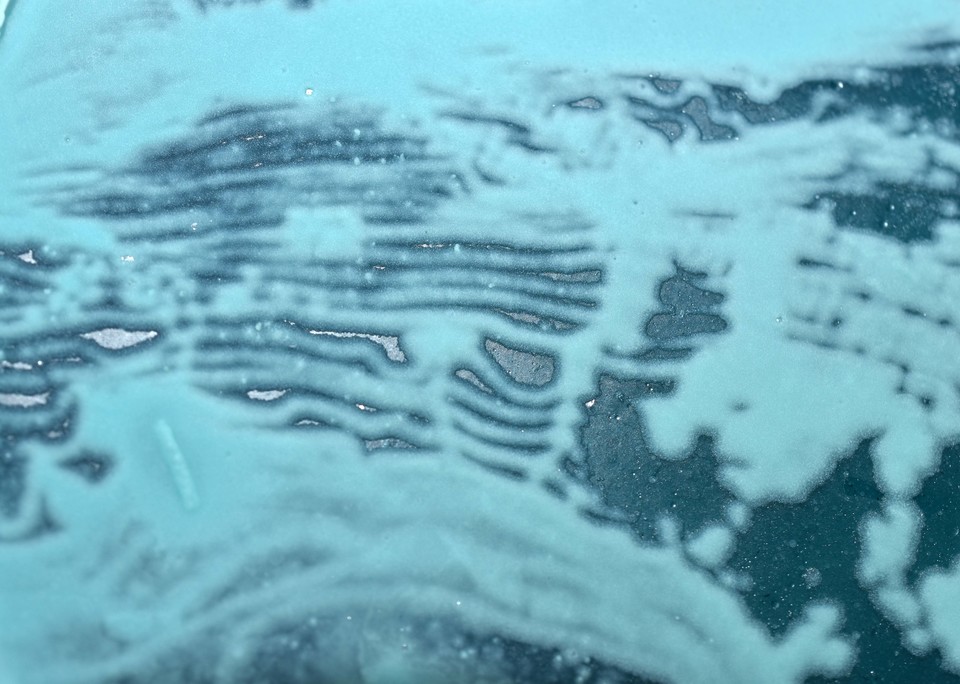 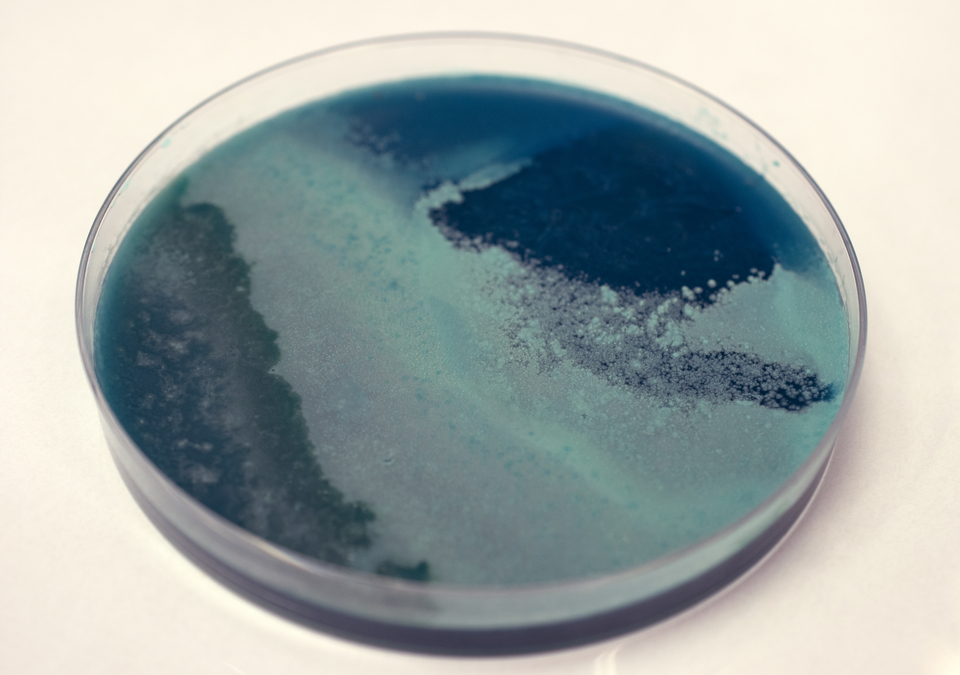 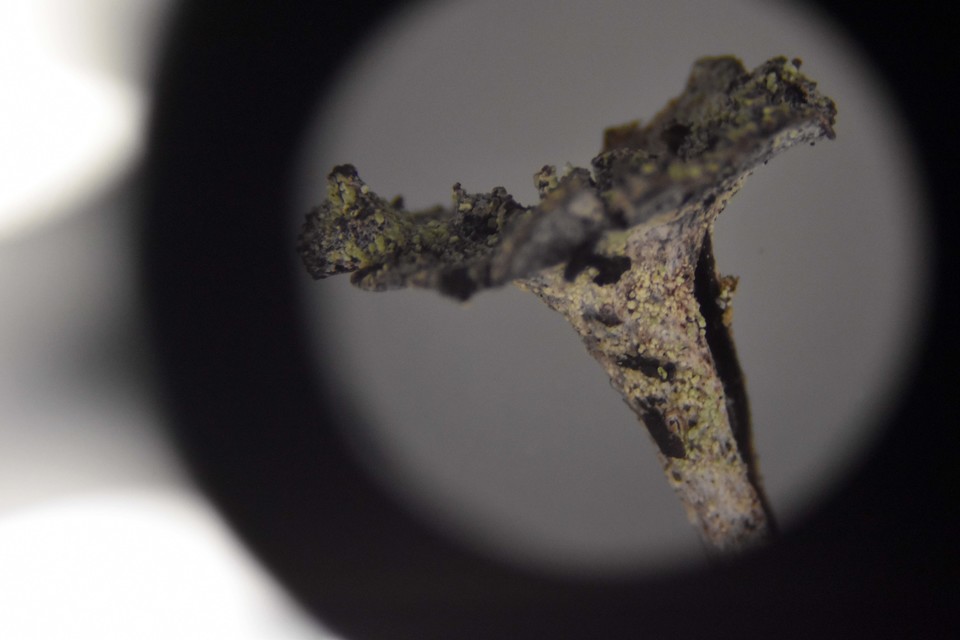 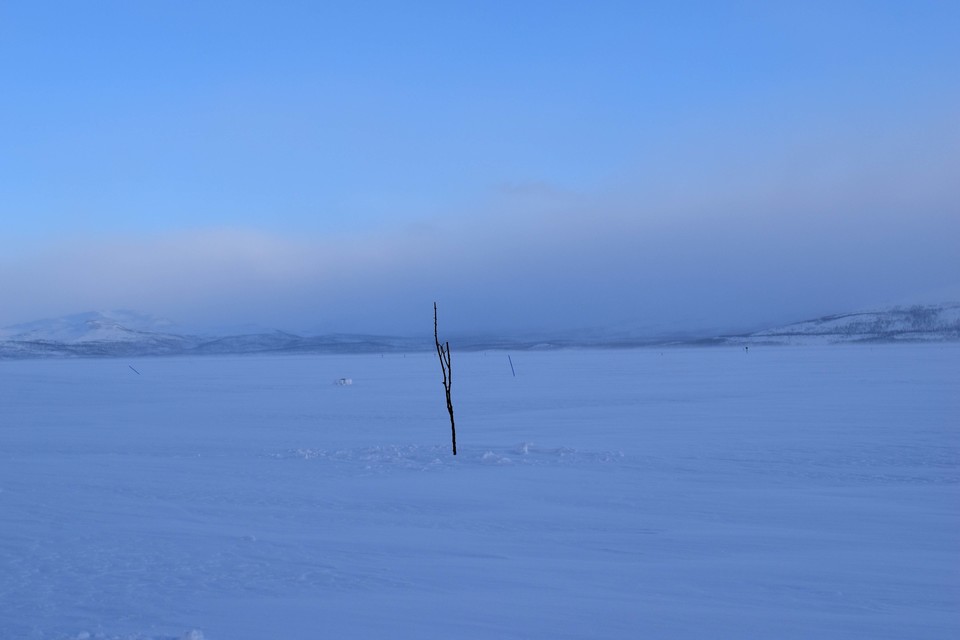 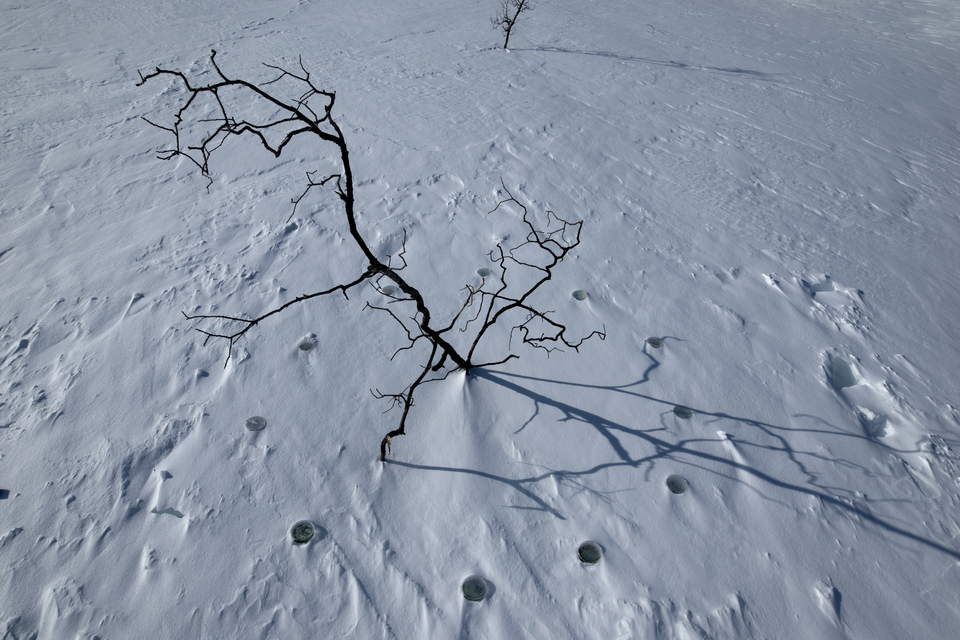 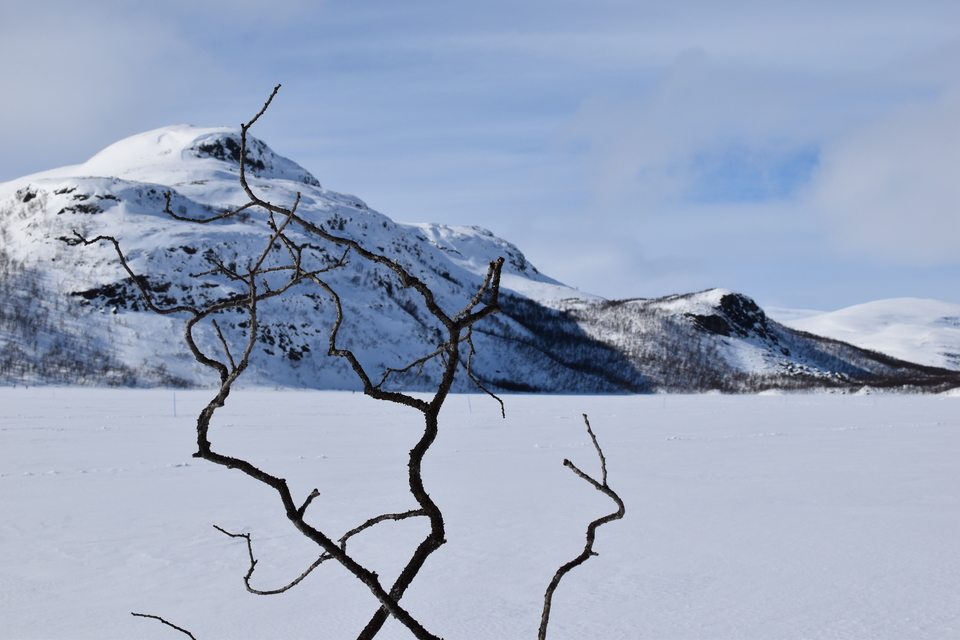 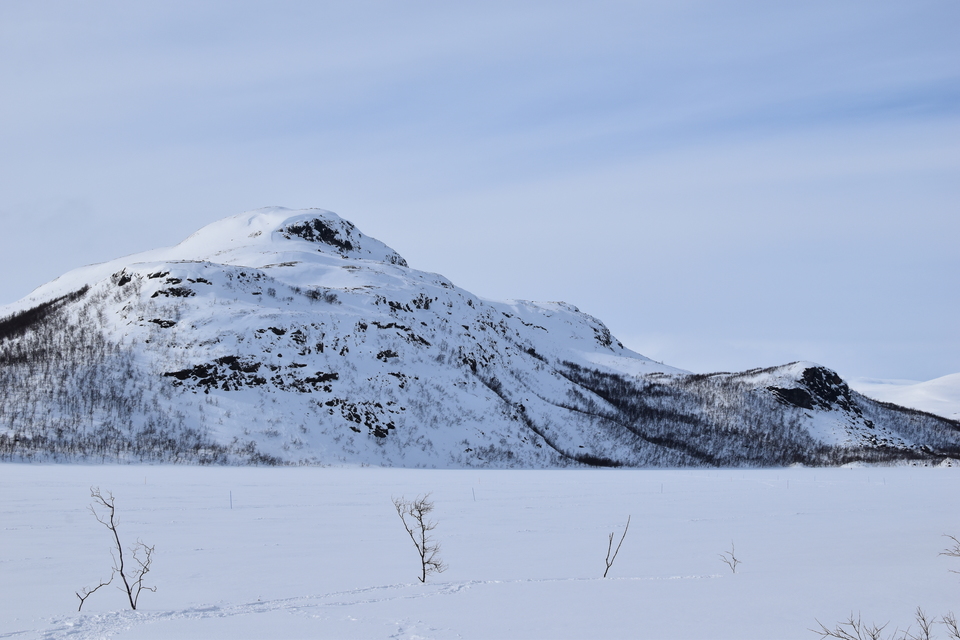 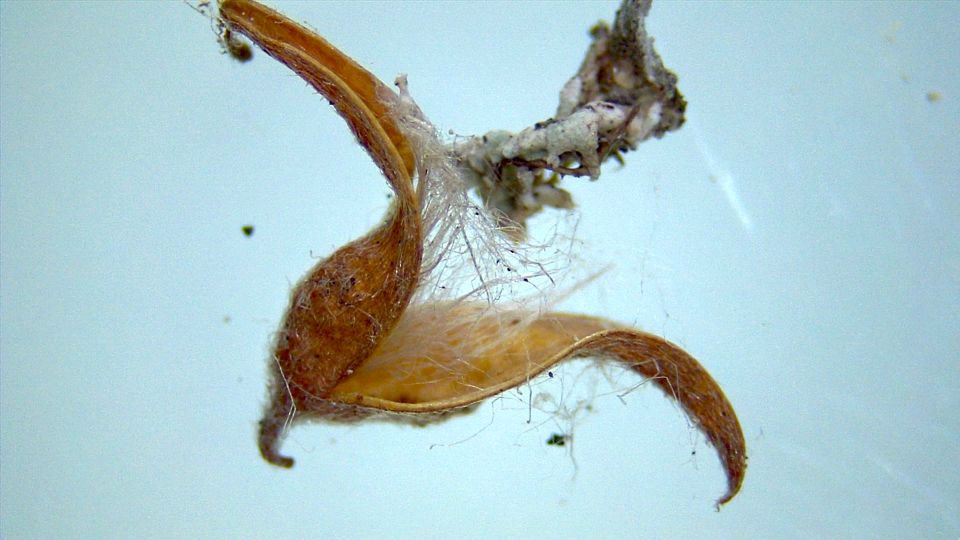 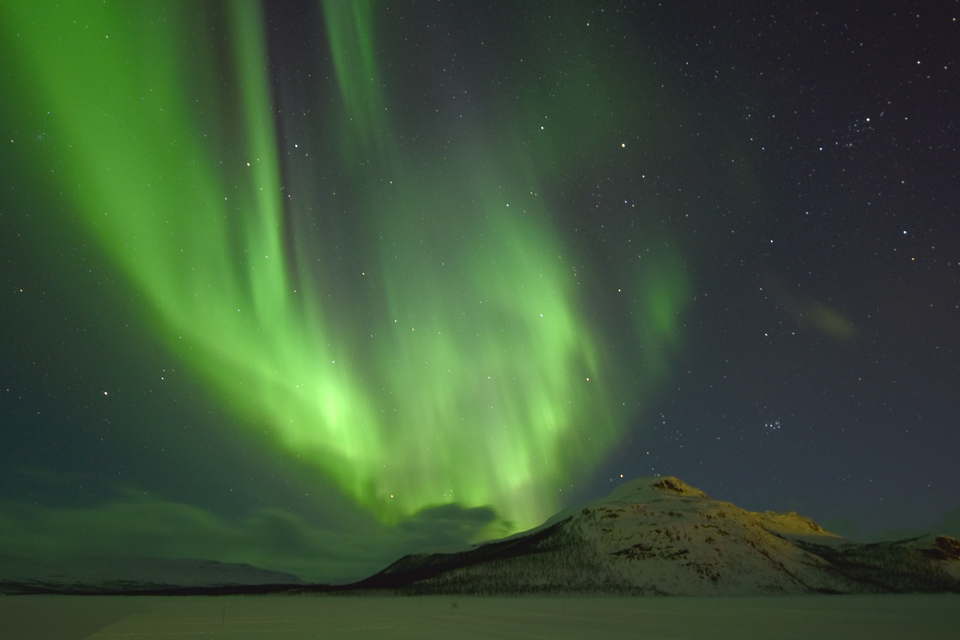 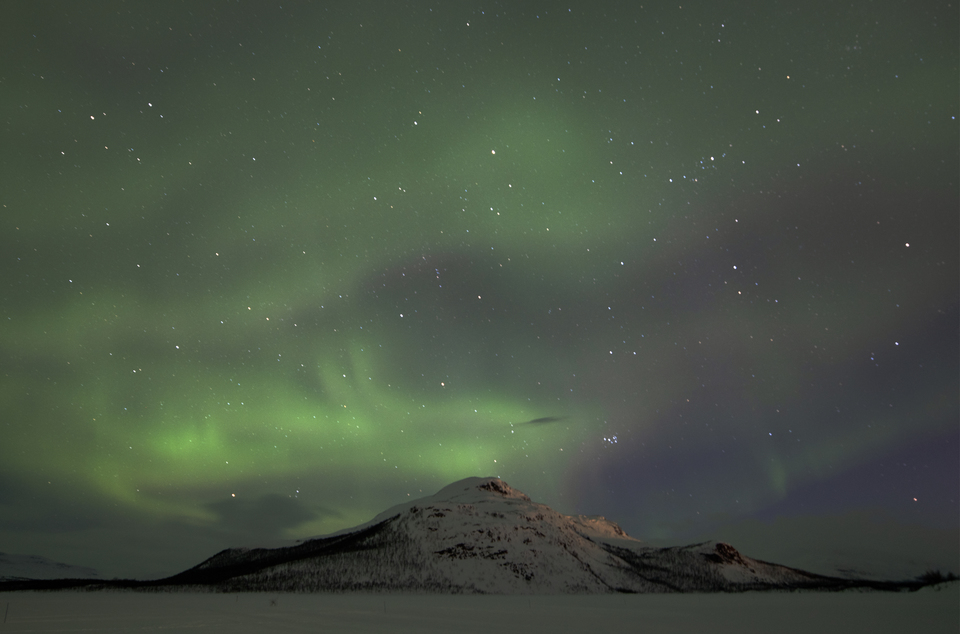 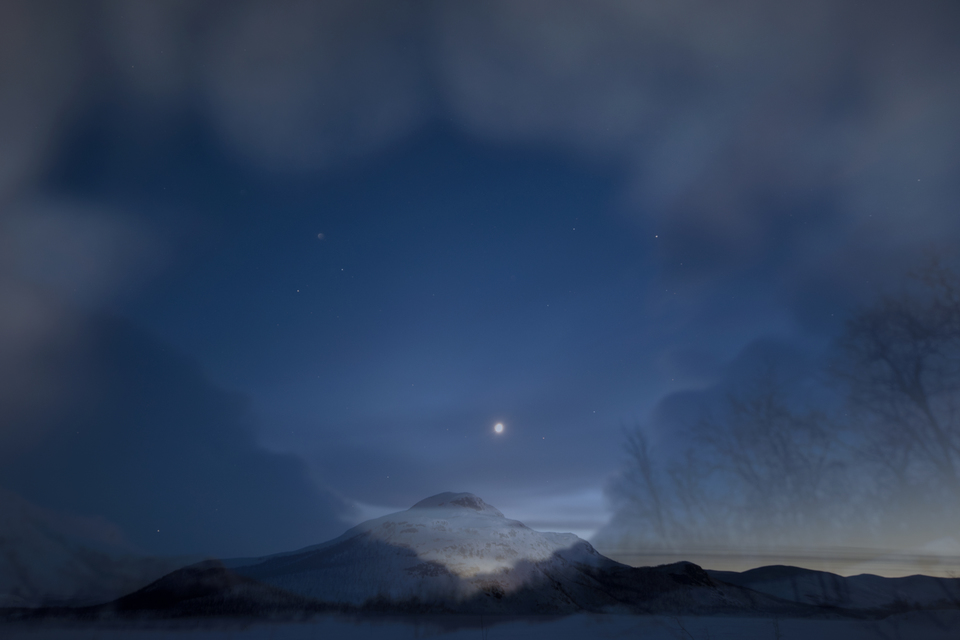 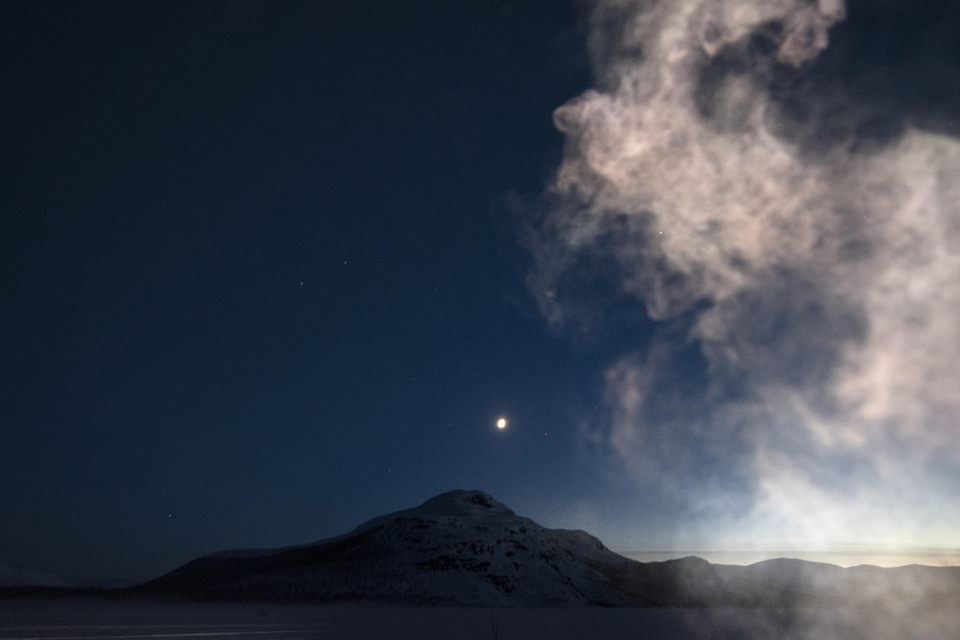 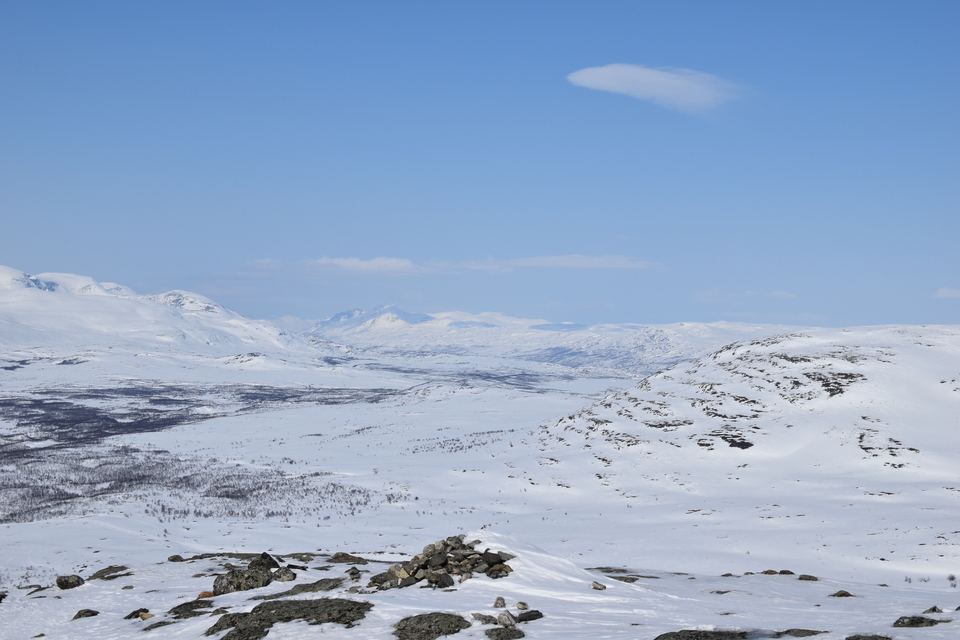 Capture and Release
posted by Taylor Smith on 30 April 2021

Everything seems to have come full circle.  As my time in Kilpisjärvi comes to a close, I think about what I’m taking and what I’m leaving behind. This landscape has left a strong mark on me, and I’ve left my traces within it as well— the holes of my footprints and lines of my ski trails, the fallen birch branches I used to make sun (and moon) dial sculptures in front of Malla, parts of which will remain after I leave. The water and soil samples I took, or was given by other humans, filled with colorful bacteria that I cultivated and attempted to control. And now it’s time to return what I’ve borrowed. But, after my human hands have touched and manipulated and photographed these fragments of nature, are they contaminated? The bacteria samples I received from a microbiologist collaborator were taken from Kilpisjärvi many months ago. Am I not returning them somehow, by bringing them back here from her laboratory, and releasing them into the landscape after being transformed? I suppose it is a form of contamination: contamination from the source. It seems so often that in both artistic and scientific research, we take things from the landscape in an attempt to understand it, but almost never return them afterwards. So I thought maybe I’d try to complete the cycle where it started, at least in part.

Thinking about contamination of course evokes its opposite: purity. We’re so often focused on making clean, homogenous things. On trying to convince ourselves that nature is “pure” and therefore beautiful. We grow monocultures of species, isolating only one type of bacteria in a petri dish and killing all of the other microorganisms that make up such a complex and essential network of life. But contamination and purity are merely cultural constructs. Are we not all perpetually contaminated with things that we perceive to be outside ourselves? Billions of microorganisms compose our bodies and the landscapes we look at. Our vision is so limited, so filtered and warped, that we just don’t see them. Just like we don’t see the particles of the ionosophere crashing into each other— we just perceive colorful auroras snaking through the sky. It seems that one way to come to terms with the complexity of contamination as a concept is to cultivate an aesthetic of impurity. To learn to see and appreciate these micro and macrocosmos: these complex worlds that we're a part of.

The experience of Kilpisjärvi for me has been one of reconciliation with these broader concepts of existence, of my own scale and presence within a much larger, spherical space. The visual affinities between earthly phenomena on varying scales, from the microscopic to the aerial is something that I’ve been fascinated with for many years, which has always required a conscious effort to recognize and bring together seemingly disparate elements and phenomena from different landscapes at different times. But here, that work is not necessary: the unity of substance as it exists on opposing scales is so blindingly clear. The repetition of forms, from microbes to snow drifts to clouds, and auroras— the seamless shifting of analagous forms between land and sky, light and dark all seem to come together into one single life.

It’s been a powerful experience, and I sincerely thank the Bioart Society for enabling me have to it.