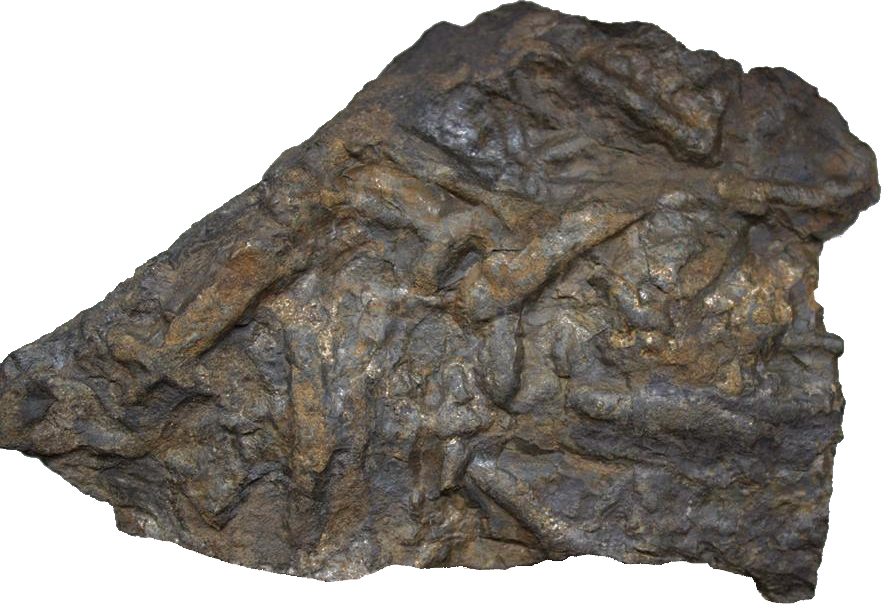 In 2013, pristine trace fossils were discovered on the slopes of Mount Saana, Kilpisjärvi, Sápmi. Saana was long known to potentially contain fossiliferous rocks, but previous expeditions and geologic mapping campaigns produced only a few and poorly preserved samples. It took the persistence of two artists from Bioart Society, Antero Kare and Erich Berger, to find the right spot. The fossils were found during Bioart Society’s Field_Notes - Deep Time art&science field laboratory.

The fossils are scientifically important because they belong to the world’s oldest traces of animal life and are unique in Finland. They come from the geological strata of the Dividalen Group (DG) and are of the earliest Cambrian age (c. 541 Million years ago). The fossiliferous strata are sandwiched between billion-year-old crystalline bedrock and a massive younger quartzite layer and are exposed only in small spots just at the boundary between the two ancient continents of Laurentia and Baltica.

The fossil traces record a snapshot of animal activities that - hundreds of millions of years ago - shaped the seascapes and landscapes of what is today Saana. Deep time connects the sedimented Cambrian traces with other imprints recorded by the landscape; be they geological like the Caledonian mountain orogenesis, or from animals like reindeer and humans, the latter leaving tracks not only by foot but also with machines and waste.

During a two-week field trip in September 2021, artists and scientists invited by the Bioart Society will form a group of critical enquirers to find out more about this ever-ongoing activity of tracing. Starting from the Kilpisjaervi Biological Station of the University of Helsinki, the group will shoulder its backpacks and follow the geological outcrops in search of the fossils. They will practice trace and landscape reading, orientation, trace-making, documentation and decision-making on sites of bifurcation. They may call this a (paleo)ethology of tracing.

Field_Notes - Traces is organized by Bioart Society in collaboration with Björn Kröger, Finnish Museum of Natural History (Luomus) and part of Arc-hive a European collaboration project committed to the developement of digitization and digital dissemination strategies. Arc-hive is co-funded by the Creative Europe Programme of the European Union.