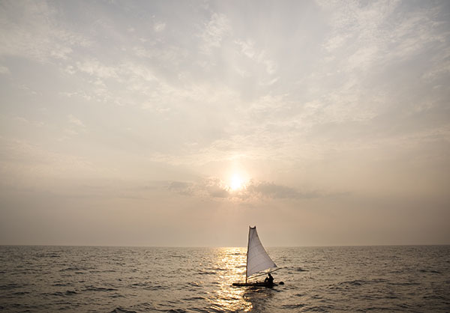 Curated Expedition to the Baltic Sea

Until the end of 2010 the Finnish Society of Bioart was the producer of the project Curated Expedition to the Baltic Sea, by Capsula for European Capital of Culture Turku2011. It was a cross-disciplinary art project to observe and experience the natural phenomena of the Baltic Sea. Expedition works were realised through collaborations between artists, scientists and different cultural agencies and have been exhibited as part of the European Capital of Culture Turku2011 programme. The project began in autumn 2009 with an open call to Finnish and Estonian artists and creators to present proposals for new works that should include an expedition to the Baltic Sea. The call produced 70 proposals. Five projects were commissioned by a committee of art and science professionals. The exhibition was open from 28th May to 31st August 2011. The exhibition venues were in five different places in the Turku area, starting from the Aura River and ending at Ruissalo Island.