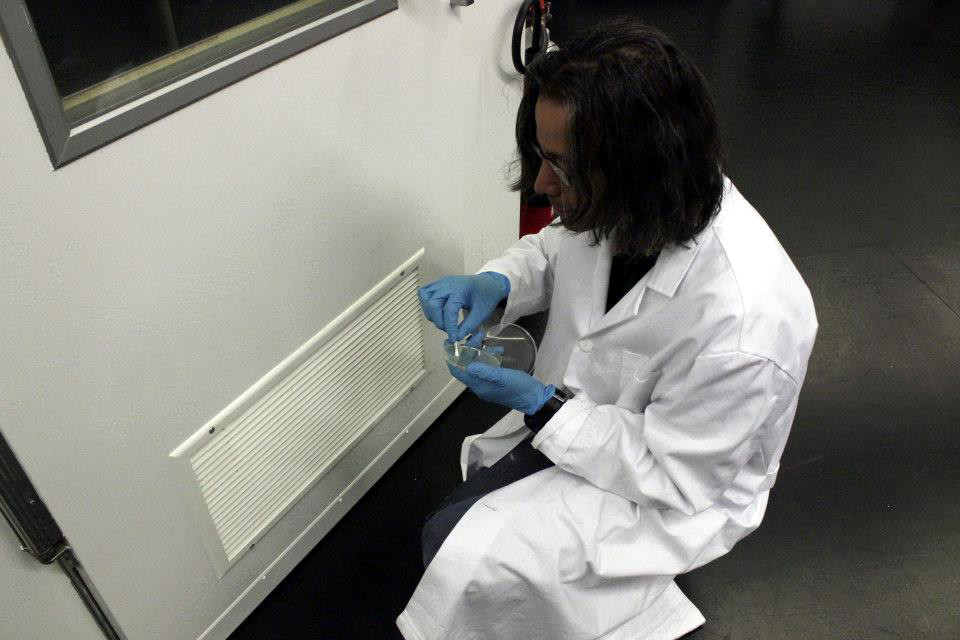 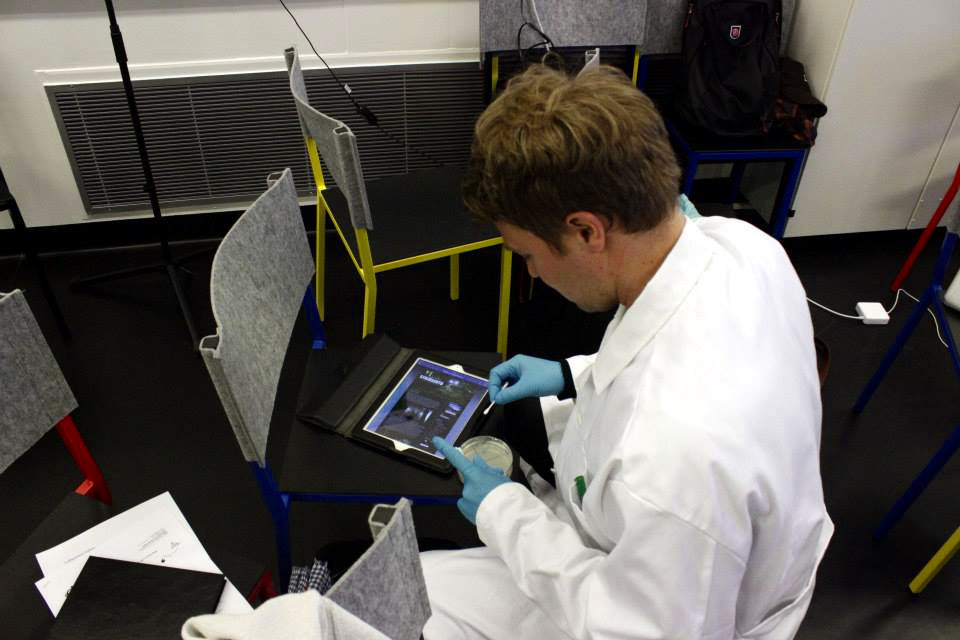 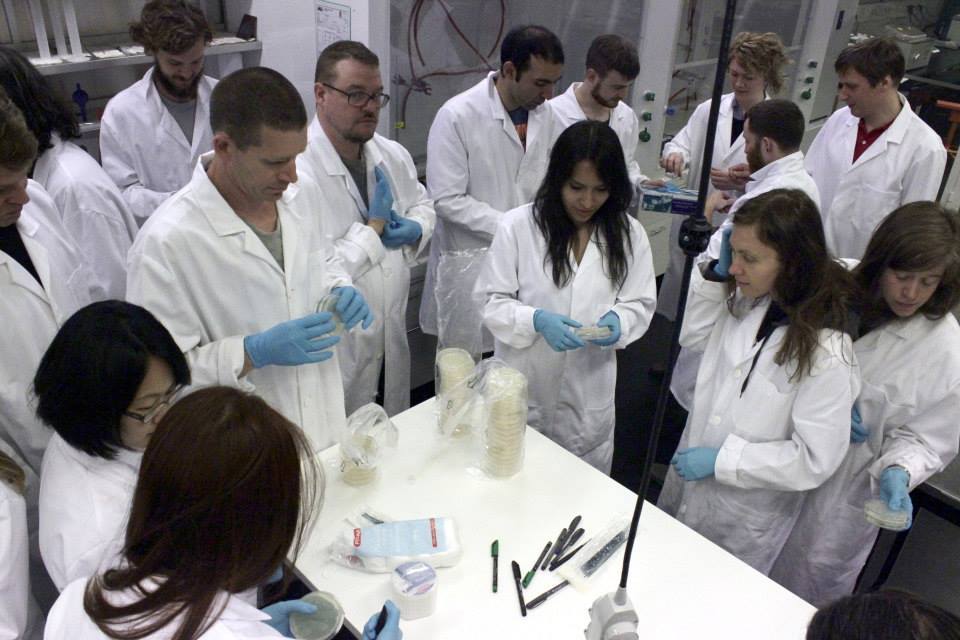 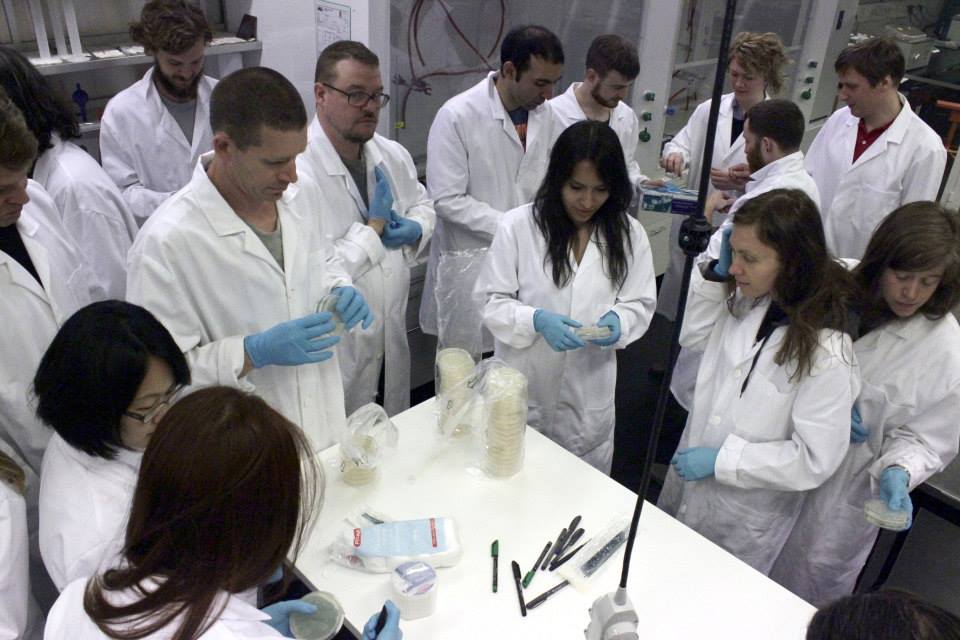 The day concluded with a group engagement with agar plates. The agar plate is a sensor - hermetically sealed until we decide to test it's receptive jelly against the atmosphere (and attendant microorganisms). The agar is an empirical apparatus, predisposed to nurturing certain microorganisms and thus rendering others invisible. The petri dish's sensor like capacities noted, the group set about finding the most revolting niches that could accommodate a cotton swab, in order to innoculate the plates.
A few further points and questions
• Bacteria is present in life almost everywhere.
• Many bacteria can be a risk to health and safety.
• Where do bacteria exist and come from?
• How fast do the bacteria multiply?
• Bacterial strains chosen using antibiotics.
• Proper waste management of the bacterial cultures afterwards. 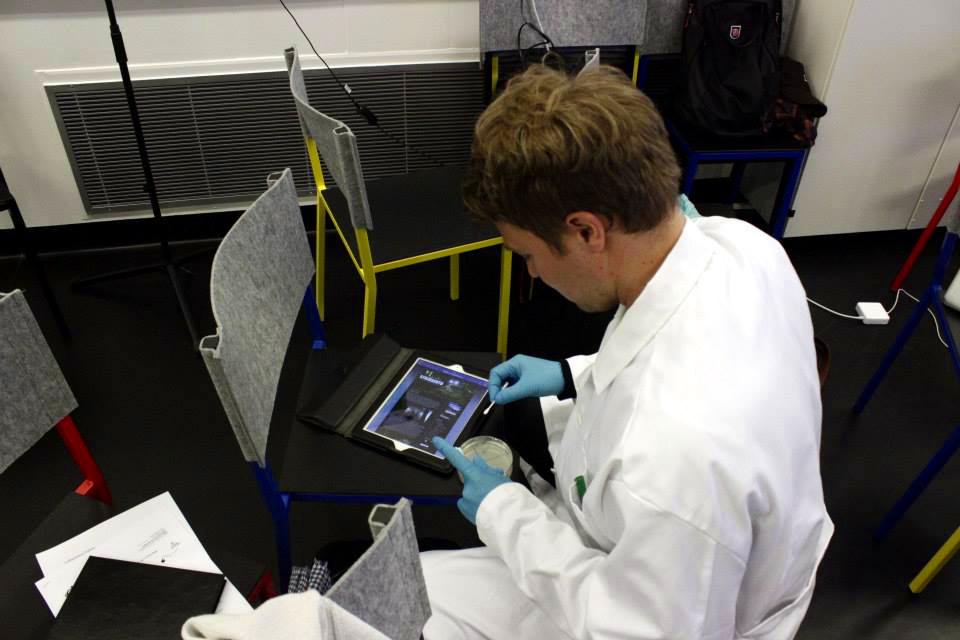 Preparation of the plates
1. Dissolve powdered agar in distilled water, either by boiling in a microwave or using a low flame.
2. Using a conical flask, sterilise the agar by sealing it with cotton wool and covering it with aluminum foil. Put it in an autoclave for 15 minutes to further sterilise.
3. Once the agar cools to 50°C it is ready to be poured, as condensation will not form on the lids of the dishes.
4. Make sure unwanted bacteria does not contaminate your plates: wash your hands and clean your work surface with ethanol; prepare a Bunsen burner with a low blue flame to sterilise the opening of the flask, further sterilising the work area.
5. Set out the petri dishes, lids on.
6. Remove the foil from the flask. With your little finger lift out the cotton wool, and set aside on a sterile surface.
7. Pass the mouth of the flask over the flame.
8. Lifting the lid of a petri dish just high enough to fill, quickly fill it half-full.
9. Close the lid and gently swirl each dish, then leave it to solidify for at least 20 minutes.
10. Fill all the dishes in this same way with agar. Pass the rim of the flask through the flame, leftover agar is sterile. 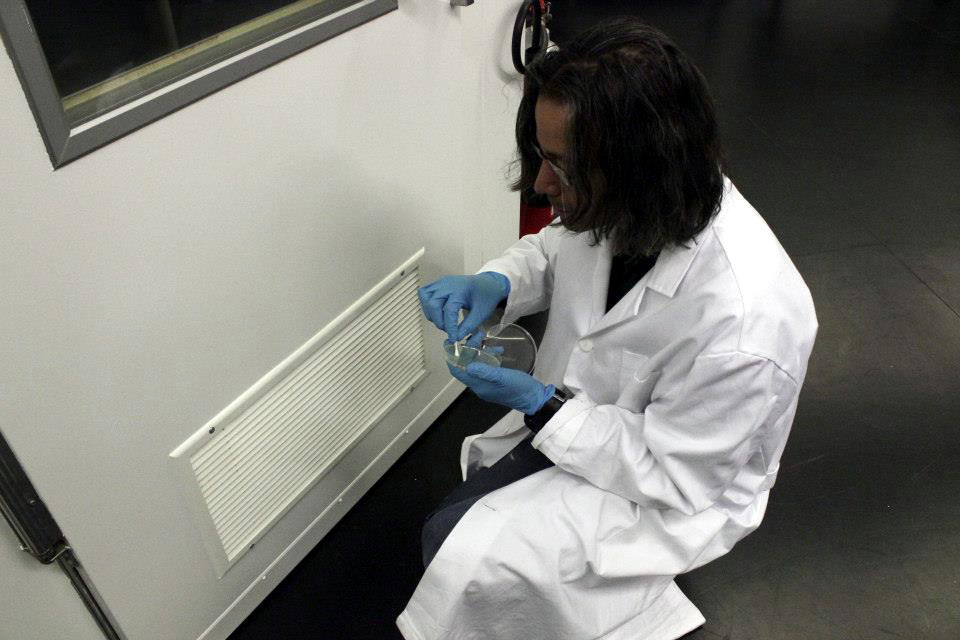 Gathering samples
1. You will need a few Petri dishes with agar, some sterile loops and cotton swabs.
2. Swab surfaces. Look especially for surfaces where bacteria is likely to be abundant. Brush the swabs on the agar in the petri dishes (see below for instruction), seal with Parafilm and label the source of the samples.
3. Leave the plates to incubate for a few days, observing what develops.
How to brush samples on the agar plates
1. Brush a little bit of the sample on the side of the agar-filled petri dish with a cotton swab, or if it's a liquid drop it from an inoculation loop.
2. Sterilise an inoculation loop by holding it in the flame until red hot, then cool it by holding it to the centre of the agar on the dish. Using this loop, spread out the bacteria in a consistent direction, moving the loop side to side, away from the initial sample area.
3. Sterilise the loop again and spread out the initial streaks.
4. Repeat this pattern 2 or 3 times, each time turning the agar-filled petri dish.
5. The goal here is to separate bacteria colonies.
Incubation
Most bacteria found on the body will grow at 37°C in 5% CO, the temperature at which your petri dishes of agar will incubate.
Another option is anaerobic incubation, without oxygen. For these bacteria samples you will need to add a substance that removes oxygen and place them in tightly sealed containers, then into the incubator.                                         Other bacteria, such as fungi, need cooler incubation, often 30°C, in the surrounding air. Whereas bacteria such as those found in yoghurt prefer higher temperatures for growth, usually around 45°C.