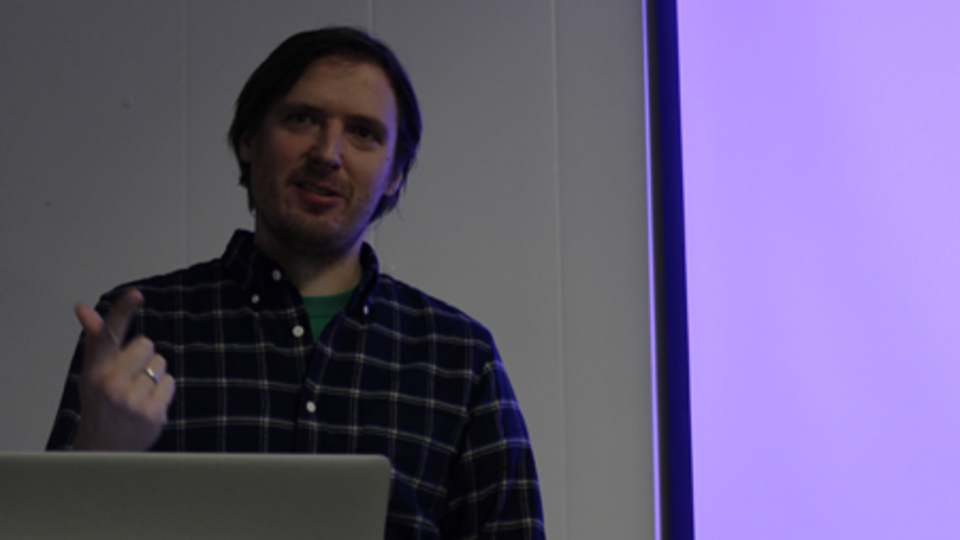 Carolina Ramirez-Figueroa explained about Terraforming and creating Earth-like biospheres for living organisms, and the influence of sci-fi on sci-fact. Terraforming is a term originating from a sci-fi novel by Jack Williamson, ‘Collision Orbit’.  It is the theoretical process of deliberately modifying the planet’s atmosphere, temperature, surface topography or ecology to be similar to the biosphere of Earth to make it habitable by Earth-like life. Caroline has been researching how Mars could be inhabited and part of her studies have been exploring influences of sci-fi on this. Another example Caroline mentioned was science-fiction writer Arthur C. Clarke who was behind the idea of a satellite communication system. 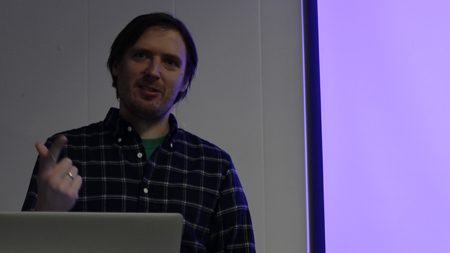 Georg Tremmel gave an overview of ‘Molecular Robotics’, using DNA as building blocks for molecular machines (‘DNA Origami’). He presented a walk-through of robotics from Japanese mechanized puppets in the 19th century, Astro Boy, AIBO-dog and ASIMO, to Humanoid in 2000 and Gemanoid in 2005. And then finally reaching to molecular robotics dating to 2010. He states that molecular robotics have a purely technology approach where basically almost nothing is called life or living.