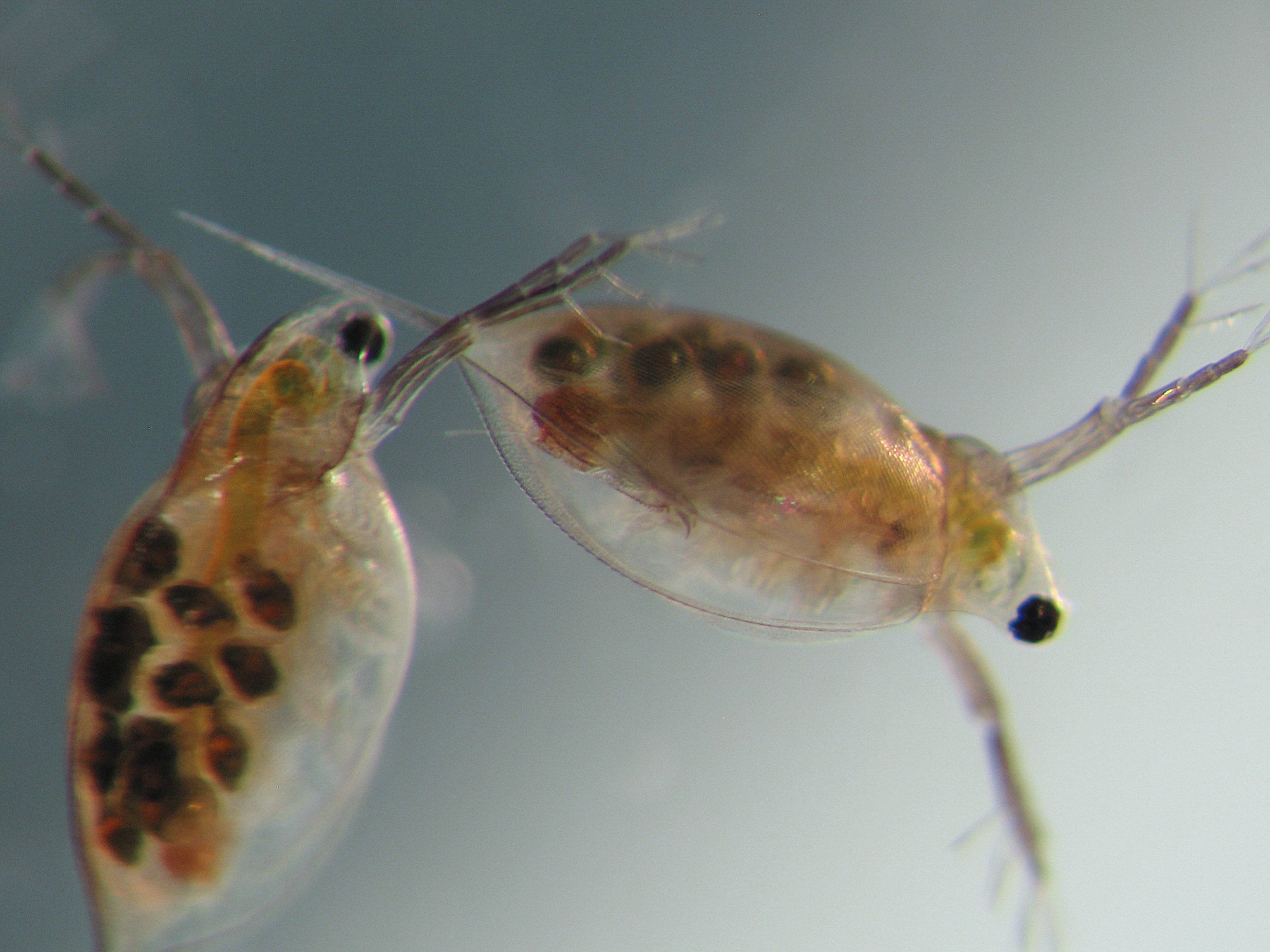 All organisms perceive and react to certain sensory data as signs, carriers of significance picked up in their own perceivable surrounding or Umwelt. This concept was introduced by Jakob von Uexküll during the early 20th century and became the foundation of the current field of biosemiotics. The semiosphere is then the sphere in which sign processes operate in the set of all interconnected Umwelten.

As hunters, herders, gatherers, artists, and scientists, we will come together to experience, explore and inventory carriers of significance in, often radically, different, subjective worlds within the larger electric and magnetic fields in which we are all ‘suspended.’ Inspired by von Uexküll who anticipated many computer science ideas, especially in the field of robotics and theories of embodied cognition, we are guided by the question how these signals interact and interfere within our sphere to enable effective communication and navigation between and among organisms and their environment.

“The eyeless tick finding his way to the top of the blade of grass through his skin’s sensitivity to light”, and birds migrating over long distances using the Earth magnetic field in navigation; the masters who can show us novel interfaces to expand our semiosphere and intersubjective knowledge.

Judith van der Elst (NL) is an anthropologist/archaeologist specialised in humanistic approaches in the geosciences. Her work focuses on understanding multimodal perception of the land, through merging embodied learning, sensing technologies, and ubiquitous computing within a biosemiotic framework.
http://www.asthecrow.net/

Björn Kröger (FIN) is a curator of the Palaeontological Collections of the Finnish Museum of Natural History and docent at the Helsinki University, Finland. He earned his PhD at the Freie University, Berlin. He is an expert on the evolution of the oldest cephalopods. His current research focus is on the early evolution of large scale ecosystem engineering in the oceans. He has also an active interdisciplinary interest in how our knowledge on earth’s deep time is gained, narrated and used.
https://tuhat.helsinki.fi/portal/en/persons/bjoern-kroeger.html

Neal White (UK)
Neal White's is a researcher and artist whose work examines the impact of science and technology on the visual and temporal form in contemporary art. Developing collaborative approaches to making work, using experimental fieldwork, engaging with a range of non-art disciplines, his interest is in arts potential as a form of transformative or shared approach to knowledge production. Engaging with practice and discourse in conceptual art and social practices, his work has tackled subjects as broad as science ethics and self-experimentation (genetics, biotechnology), secrecy and intelligence gathering (UK scientific/military landscapes) as well as institutional critique and the archival turn in contemporary form. Working through novel and sometimes risky interactions with his subjects and audiences, his work has been commissioned and exhibited Internationally by leading organisations in UK, Europe and the USA – most recently; Royal College of Art, Whitechapel Gallery, Objectif Exhibitions (BE), Portikus (DE), John Hansard Gallery, Center for Land Use Interpretation (USA), Henry Moore Institute (UK), amongst many others. He is currently working on art-led research projects relating to ecology and memory as situated knowledge (Test Sites) with long standing collaborators, Arts Catalyst, London. White was co-founder of art and technology group; Soda (1997-02), founder of artist research network Office of Experiments (2004-) and a Director of O+I (formerly APG, 07-09). Neal White is Professor of Art (Science, Research & Innovation) at University of Westminster, where he is also a co-Director of CREAM, a UK leader in research across media, arts and design.
http://www.o-o-e.org/
http://www.nealwhite.org/

Paolo Patelli (NL) is an architect and a researcher, currently based in the Netherlands. Making barely any distinction between academic research, artistic research, design or architecture, through his practice and collaborations, he engages critically and by design with space, things and society.  Heis currently Associate Reader at the Design Academy Eindhoven. He was a 2017/18 artist-in-residence at the Jan van Eyck Academie in Maastricht. Between 2016 and 2018 he collaborated with the Programme d’Expérimentation en Arts Politiques (SPEAP) at Sciences Po (Paris). In 2017, hetaught “Collective Works” and “Research Methods in Design”at The New School’s Parsons Paris. In2016, he was part of the Design Research team of“Reset Modernity!”, an exhibition co-curated by Bruno Latour at ZMK (Karlsruhe), as well asof New Europeans, the arts and design programme ofthe Netherlands Presidency of the Council of the EU (Amsterdam). He obtained a PhD inArchitectural and Urban Design from Politecnico di Milano in 2015. Heis a contributor to WORK, BODY, LEISURE, the Dutch Pavilion at the 16th Venice InternationalArchitecture Biennale in 2018, curated by Marina Otero Verzier. His projects have been previously onshow at BIO 50 the 24th Design Biennale in Ljubljana, Adhocracy Athens, RMIT Gallery inMelbourne, TodaysArt in The Hague, Haus der Architektur in Graz, Van Abbemuseum in Eindhoven, Van Eyck in Maastricht. He has contributed articles on journals and magazines, and hosted workshops including at ZMK, Strelka Institute for Media, Architecture and Design, Transmediale, SALT Institute in Istanbul, Z33 in Hasselt.
https://paolopatelli.com/

AnneMarie Maes (BE) is an artist and a researcher. Her art meanders on the edge of biology, ecology and technology. Her research practice combines art and science with a strong interest for DIY technologies and biotechnology. She works with a range of biological, digital and traditional media, including live organisms. Her artistic research is materialised in techno-organic objects that are inspired by factual/fictional stories; in artefacts that are a combination of digital fabrication and craftsmanship; in installations that reflect both the problem and the (possible) solution, in multi-species collaborations, in polymorphic forms and models created by eco-data. In her Laboratory for Form and Matter she studied the processes by which Nature creates form. She observes and analyses these processes, isolates them or causes them to appear in artificial conditions. From this artistic research she creates artworks in many different media: installations and sculptures, video, audio, photographs and objects. She has a strong international profile, having exhibited in art centres and festivals worldwide. In 2017 she was awarded a Honorary Mention in the Hybrid Art category at Ars Electronica for her Intelligent Beehive, a project on the intersection of cellular life and biotechnology - creating metabolic sculptures build of microbe, plant and animal intelligence.
http://annemariemaes.net/

Christina Gruber (AUT) is a visual artist and freshwater ecologist living and working in Vienna, Austria. She works at the intersection of art and science; her work deals with societal phenomena that shape our world. She investigates the effects humans have and have had on the landscape and how they’ve shaped the earth’s surface. In the last years water has been of special interest to her. She sees it as the element that all things on earth, including humans, have in common. Her research areas are historical river morphology, reconstruction of river runs using geomorphological analyses, habitat development with a focus on fish ecology, hidden operations of representation and human-environment interactions. Her latest projects deal with the manifestations of the Internet on the earth and the environmental impacts developing from it. Since 2017 she works on different rivers, investigating the relationship between rivers and people, therefore she has travelled along the Mississippi and the Danube so far. She is a university assistant and lecturer at the Art University Linz in the department of art-media-education.
www.christinagruber.net