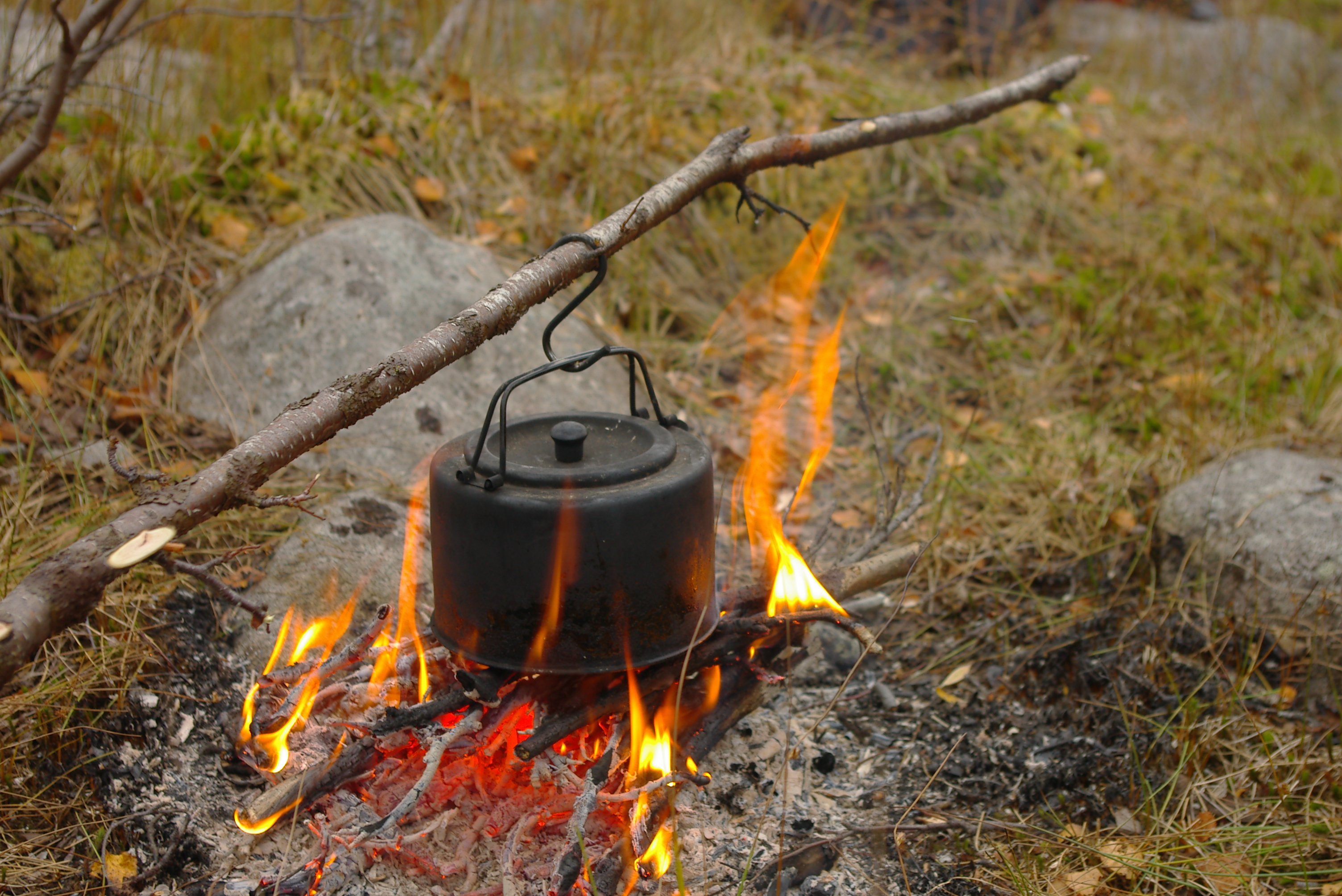 What does it mean to observe art? What senses can be brought to bear when we experience the early stage process of art making? What does fieldwork mean for theorists, philosophers, scholars, and art practitioners?

The second order group will have a different working model then the rest. It will be composed of philosophers, theorists and other suitable practitioners who will be embedded into the other groups with the aim of research and intervening to offer to counter perspectives. The aim is to critically look at the methods and practises of the field, which includes encouragement to violate traditional field norms in order to experiment with new possibilities.

The group will focus on discovering new methods of sense observation and in learning from one another about their field work practises. In order to study and intervene in the other groups, we will employ various inventive methods and pilot new methods ideas with a focus on the senses and embodied experience as a guide in fieldwork to study other groups. The group will use the tools of philosophy of science and sociology of art, art and science & technology studies (ASTS), art history, and more.

Hannah Star Rogers (UK) holds an MFA from Columbia University and a Ph.D. from Cornell University in Science and Technology Studies. She researches the intersection of art and science, particularly critiques of science in contemporary art. Her scholarly publications have appeared in Leonardo, Configurations, Photomediations, and A New Synthesis.
https://hannahstarrogers.com

Karen Elizabeth Bishop (USA/ES) is assistant professor of Spanish and Comparative Literature at Rutgers University, New Brunswick. She came to Rutgers as a New Faculty Fellow of the American Council of Learned Societies, prior to which she taught History and Literature at Harvard University. She holds a PhD in Comparative Literature from the University of California, Santa Barbara, spent a year as a researcher at the École normale supérieure, rue d’Ulm, Paris, and worked in Sevilla, Spain for many years. She is currently preoccupied with disappearance, suspension, and framing, and how these intersect in literature, theory, translation, human rights, and architecture. Her book manuscript, The Space of Disappearance: A Narrative Commons in the Ruins of Argentine State Terror is currently under review, and she is working on a new book on memory, natural spaces, and an ecoethics of memorialization. Her edited volume, Cartographies of Exile: A New Spatial Literacy was published by Routledge in 2016. She has published articles and chapters on poetry and fiction, close reading, literary translation, memory studies, mapping, and architecture. Bishop also works as a translator and poet, and is currently translating the work of the late Argentine poet Susana Thénon. She divides her time between exurban New Jersey and Sevilla, Spain, where she lives with her husband and two sons.
https://kebishop.org/

Alice Smits (NL) finished her masters in Art History, modern art at the University of Amsterdam. During a 5 year stay in New York she  developed her curatorial practice curating exhibitions at such venues at Apex Art and running a one year project space  Hotel New York at PS1. Returning to Amsterdam in 2001 she was for 2 years curator at Smart Project Space in Amsterdam. From 2003 till 2012 she was the co director of the Amakula Kampala International Film Festival in Uganda. In 2013 she initiated and since directs Zone2Source, a platform for art, nature and technology in a glass pavillion in the Amstelpark in Amsterdam where artists are invited to develop projects that seek to find new definitions around nature and culture relations. Organizing exhibitions, workshops, debates and performative events in the context of the park she develops a practice in which curating and research go hand in hand. Together with partners she is involved in research platforms such as Machine Wilderness, rethinking how we design technology in relation to nature and Land (Art) Making, an artistic research platform on land (art) practices, interpretation and embodied learning. She is a researcher at the Lectorate of Art and Public Space of the Gerrit Rietveld Academy in Amsterdam on land art and the anthropocene, occassionaly lectures on this subject and is a regular contributor to art magazines such as Metropolis M while also publishing occasionally for artist catalogues and other magazines. Since 2 years she is involved in environmental activism.
www.zone2source.net

Taru Elfving (FIN) is a curator, writer and educator based in Helsinki. Her practice focuses on nurturing transdisciplinary encounters and site-sensitive artistic investigations with a long-term commitment to the critical discourses on ecology and feminism. Her curatorial research includes Beyond Telepathy (Somerset House Studios & Wysing Arts Centre 2017), Hours, Years, Aeons (Finnish Pavilion, Venice Biennale 2015), Frontiers in Retreat (HIAP 2013-2018), Contemporary Art Archipelago CAA (Turku 2011, European Capital of Culture), and Towards a Future Present (LIAF 2008). Her projects have also been presented at e.g. Tate Modern, Dundee Contemporary Arts, CCA Glasgow, Matadero Madrid, Trondheim Art Museum, and Helsinki Kunsthalle. She is about to launch a new platform for artistic research in collaboration with the Archipelago Sea Research Institute of Turku University. She has previously worked as Head of Programme at Frame (2013-2018) and HIAP (2012-13). Elfving has published an extensive body of writing internationally, e.g. by Routledge, Parkett, Kunstkritik, Tate Modern and Kiasma Contemporary Art Museum, and has co-edited publications such as Altern Ecologies. Emergent Perspectives on the Ecological Threshold at the 55th Venice Biennale (Frame, 2016), the first Finnish anthology on curating Kuratointi (Taide, 2017), and the forthcoming Contemporary Artist Residencies. Reclaiming Time and Space (2019). She has lectured widely and was based for a decade at Goldsmiths University of London as researcher and tutor in Visual Cultures, where she completed her PhD in 2009. She continues to supervise and examine MFA and practice-based PhD students at the University of the Arts and Aalto University in Helsinki.

Shruti Sunderraman (IN) is a freelance writer and journalist with one leg in Mumbai and the other in Bangalore, India. She writes about the intersectional politics of gender, class, caste, sexuality, art and culture. She’s deeply passionate about the environment and contributes poetry and fiction to literary journals. She’s now working on understanding critical writing and reportage in science.
http://www.porterfolio.net/shrutisunderraman

Bilge Hasdemir (DEU/TUR) is an independent researcher&curator dealing with anthro-decentric curatorial strategies around art&science and bioart, and co-founder of art&gastronomy focused Omnivores Creative team. She is currently working on post-disciplinary curatorial approachin art&science. Hasdemir is also team member of Art Science Node, and Art Laboratory Berlin where she worked on Nonhuman Agents series. She is also contributor writer in art&science&technology focused CLOT Magazine; and also contributor of the exhibition project “Critical Zone” (working title) which is mentored by Bruno Latour and planned for the end of 2019 at ZKM Karlsruhe. As being part of the seminar group, Hasdemir and other collegues of her have been working on the conceptual and operational aspects of exhibition together with Bruno Latour. Her current research interests are art&science, bioart, ecoart, local media art histories, media archeology, post-digital archival practices, post-Anthropocene and post humanism discussions, human and nonhuman entanglements.

Markus Petz (FIN) was born and grew up in Mercia – the ancient kingdom of the Midlands of England. He was most influenced by the environment of the Malvern Hills and the River Severn. This led to activism and ecological politics. Continuing this radical strand he helped found the Young Greens in the UK and then ended up in Finland where he was involved in community arts at Hirvitalo.  More recently he has been in Vienna, where the Philosophy Unbound collective of performance philosophy filled in his spare time between completing a Masters in Mountain Forestry at BOKU and raising his daughter Nettle and son Saxifrage. Currently he is studying for a PhD in Public Policy and Sociology at Jyväskylä University with a focus on complementary currencies for rural resilience. His artistic practice has encompassed performance art, digital media and community engagement processes. This is being used at the moment to develop a campaign around climate collapse and climate change for the Green Party of England and Wales. His recent scientific publications have been been on learning in indigenous communities, augmented reality, technical assessment and authenticity in the food chain.