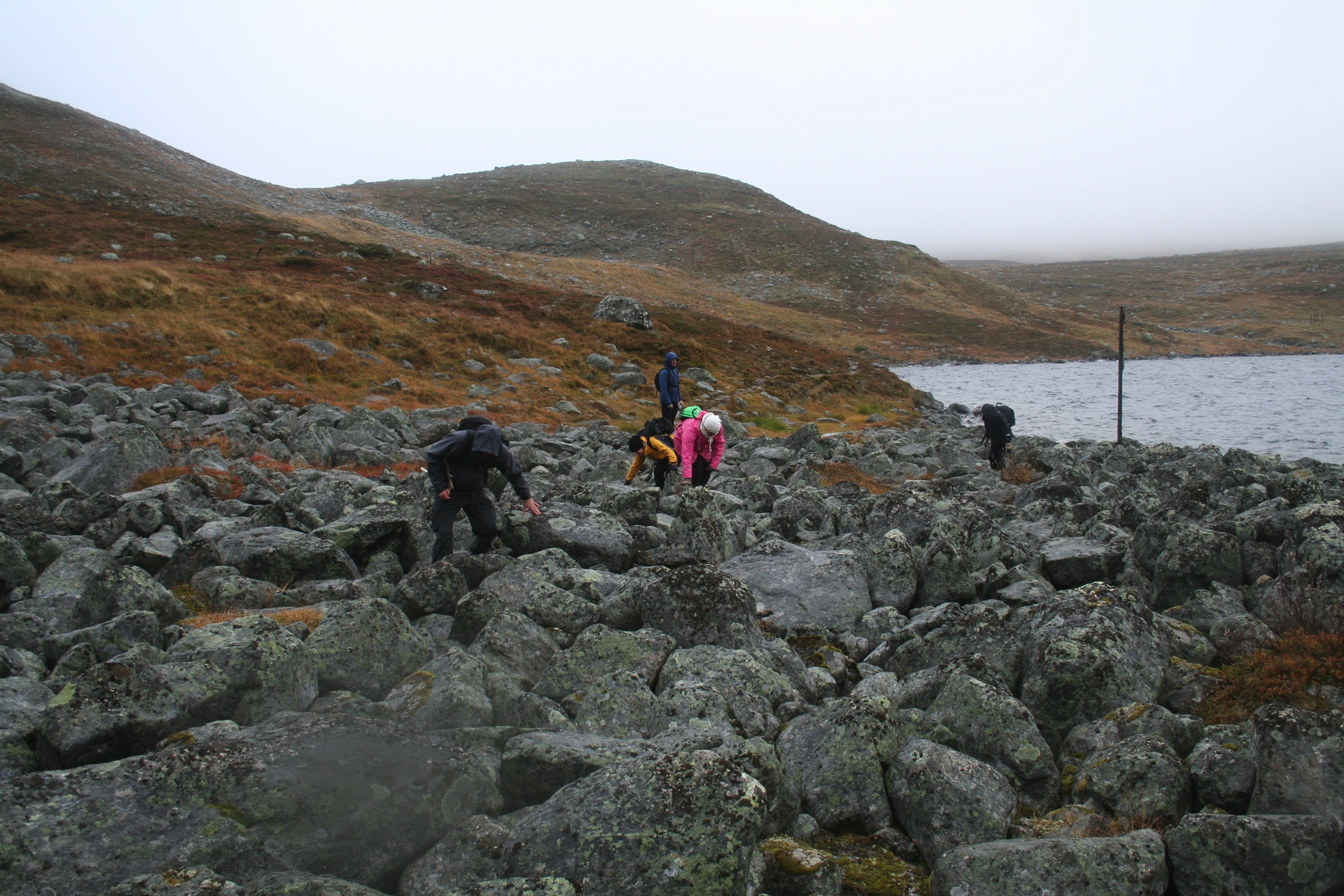 Is it possible for us to cultivate our body’s sensing so that it becomes subtle, communicative, receptive and responsive within an environment? Can we do this without recourse to essentialising ideas of body and individualism?

How are we sensed by an environment and those that populate it, be it nonhuman animals, rocks, wind, water, light, absence of light? How do our senses enable us not only to perceive but also to suspend the boundaries and borders of our defined sensibilities, physicalities and perceptual faculties? And, where might there be connections with other extended sensory modes and apparatus and what might they be. Could we consider additional senses, strange sensing, unlikely or insensible sensing? What would those speculative sensoria feel like and who or what would that communicate to? Might we discover synaesthetic reorderings in the suspension of our sensory categories? Such are the questions we will explore.

There will be the opportunity to work for instance with psycho-physical exercises that operate on the level of sensation, and that enable startling and vital experiences particularly within natural environments in which ones experience of ones senses and what is sensed are. We will investigate and expand on ideas of somatic or bodily sensing, like the molecular sensitivities of endochrine systems - human and non human; dream sensing – night time lucidity; sound, haunting hearing and vocality.

Kira O’Reilly (FIN) is a Helsinki based artist; her practice, both wilfully interdisciplinary and entirely undisciplined, stems from a visual art background; it employs performance, biotechnical practices and writing with which to consider speculative reconfigurations around The Body in its most expanded sense. But she is no longer sure if she even does that anymore.  Since graduating from the University of Wales Institute Cardiff in 1998 her work has been exhibited widely throughout the UK, Europe, Australia, China and Mexico. She has presented at conferences and symposia on both live art and science, art and technology interfaces. She has been a visiting lecturer in the UK and Australia and U.S.A in visual art, drama and dance. Most recent new works have seen her practice develop across several contexts from art, science and technology to performance, live art and movement work. She has made movement works that she doesn’t like to call dances and has been increasingly informed by combat sports and martial arts as mode of investigating movement and embodied thinking, leading to running workshops that use grappling practices along side writing.  She writes, teaches, mentors and collaborates with humans of various types and technologies and  non-humans of numerous divergences including mosses, avian embryos, spiders, the sun, pigs, cell cultures, horses, micro-organisms, bicycles, endochrinic molecules and systems, rivers, landscapes, tundras, rocks, trees, shoes, food, books, air, moon and ravens.
http://www.kiraoreilly.com/

Mari Keski-Korsu (FIN) is a transdisciplinary artist who explores how ecological changes manifest in everyday life. The work is based on collaborations with different kinds of communities and species and usually appear in the realm of hybrid combinations of performance, visual arts and live art. Her current practice for several years now, is focused on interspecies communication to possibly enable empathy towards whole ecosystems. She is interested in relations in between art, activism and science from permaculturic and ecofeminist perspectives. She collaborates with artist groups, researchers as well as organises and curates different types of projects. She was eg. one of the artists of 'Frontiers in Retreat', a 5-year international collaboration project constructed around artist residencies. In 2016, she co-directed Pixelache Festival 2016 –‘Interfaces for Empathy' and continues to work in a think&action tank under the same name IfE. She is also the chair person of Bioart Society.
http://www.artsufartsu.net/

Heather Barnett (UK) is an artist, researcher and educator working with natural phenomena and complex systems. Working with live organisms, imaging technologies and playful pedagogies, her work explores how we observe, influence and understand the world around us. Recent work centres around nonhuman intelligence, collective behaviour and distributed knowledge systems, including The Physarum Experiments, an ongoing ‘collaboration’ with an intelligent slime mould; Animal Collectives collaborative research with SHOAL Group at Swansea University where she is an Honorary Research Fellow; and a series of publicly sited collective bio/social experiments, including Crowd Control and Nodes and Networks. She is Pathway Leader on the MA Art and Science at Central Saint Martins (University of the Arts London), a Higher Education Academy National Teaching Fellow, and chairs London LASER, a regular talks series exploring art and science.  Heather has held Research Fellowships at the University of Sussex and the London School of Economics, and consulted on arts, health and science projects for organisations such as Willis Newson, the Science Museum, and the Wellcome Trust. As Artist in Residence, Heather has worked in diverse settings including L’Autre Pied Restaurant, Infoterra Remote Sensing and Poole Hospital Pathology Dept. She has exhibited widely in art galleries, science museums and public venues, including the Victoria & Albert Museum, Science Museum, Wellcome Collection (London), the New Institute (Rotterdam), and Observatory (New York). Commissions include the Postgraduate Medical Institute (Anglia Ruskin University), Flow (Guy’s Hospital Cancer Day Unit), Small Worlds (The Museum of the History of Science, Oxford University) and The Other Flower Show (Victoria and Albert Museum).
http://heatherbarnett.co.uk/

Avner Peled (FIN) is as a military trained computer programmer and security researcher with a B.Sc from Tel Aviv University in Neurobiology and Philosophy of Consciousness. As a New Media artist in Media Lab Helsinki, he is practicing technology based social activism. He is collaborating with professional designers in Finland, Japan and New York, producing works such as VR experiences, audiovisual installations, DIY biology, robots, games, mobile apps and websites. He has presented twice in the IDFA Doclab festival in Amsterdam and has exhibited in the RIXC Open Fields exhibition in the national library of Riga. His current focus is on the field of Soft Robotic Telepresence as fleshy technological mediators. He is creating soft, silicone based and pneumatically actuated robots that re-incarnate the human spirit and endow it with abilities to cross barriers between conflicting nations.
https://avner.js.org/

Martin Malthe Borch (DK) is a biological engineer, designer, consultant, artist and teacher. He holds a master in biological engineering from the Technical University of Denmark (DTU) and a master in interaction design from Copenhagen Institute of Interaction Design (CIID). He’s currently leading the BioFabLab at Roskilde University. Throughout his career he has worked with architects, designers, artists and product developers on how to integrate living biological matter into products or systems.  He co-founded the Copenhagen biohacker space Biologigaragen. He has organised and made several hands-on workshops, talks and exhibitions at new media festivals, art fairs, universities and at scientific conferences. He has appeared in newspapers, magazines, peer-reviewed articles and in documentaries about open science, diybio, biohacking, maker culture and citizen science, where his ideas, concepts and thoughts often are described as “game changing”“disruptive” or as “a new paradigm”.
http://fablab.ruc.dk/
https://biologigaragen.org/
http://www.mmborch.dk/