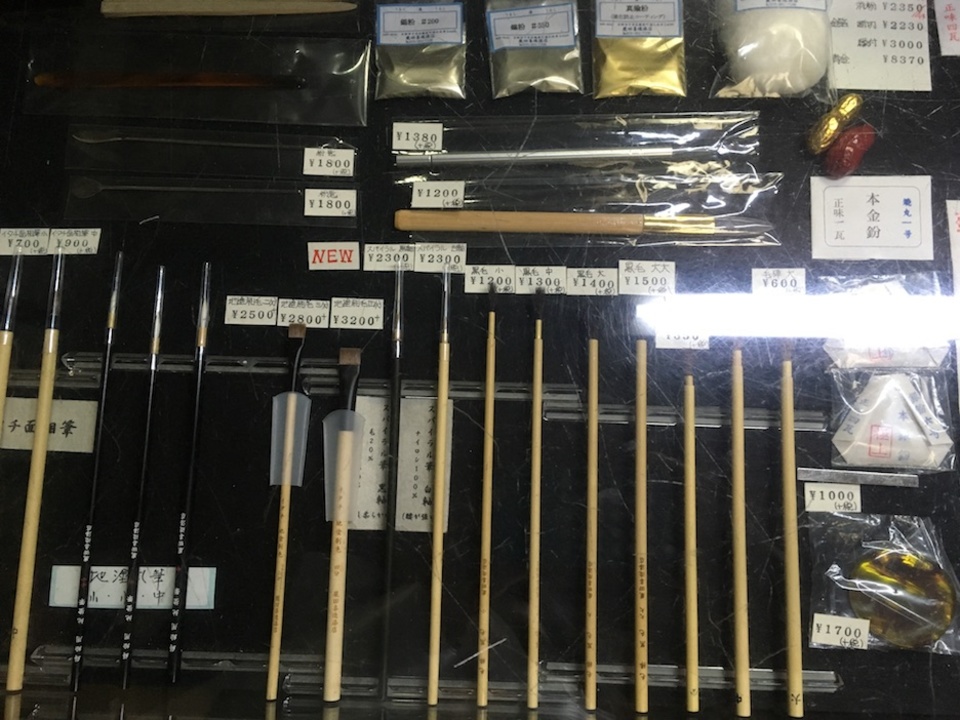 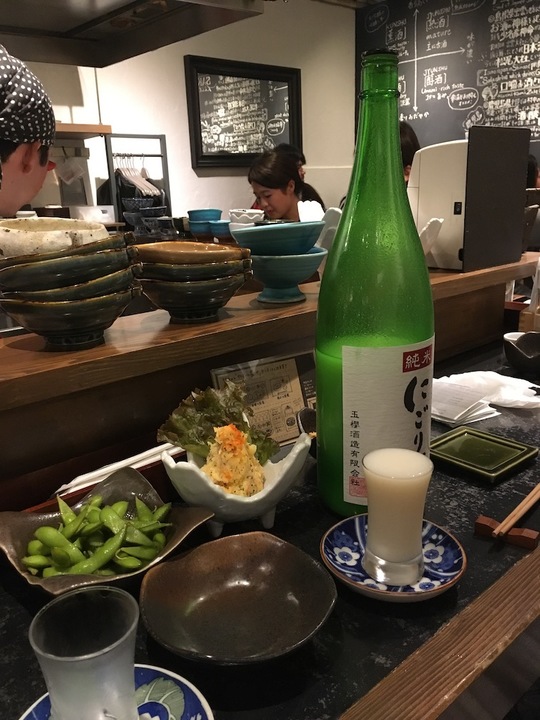 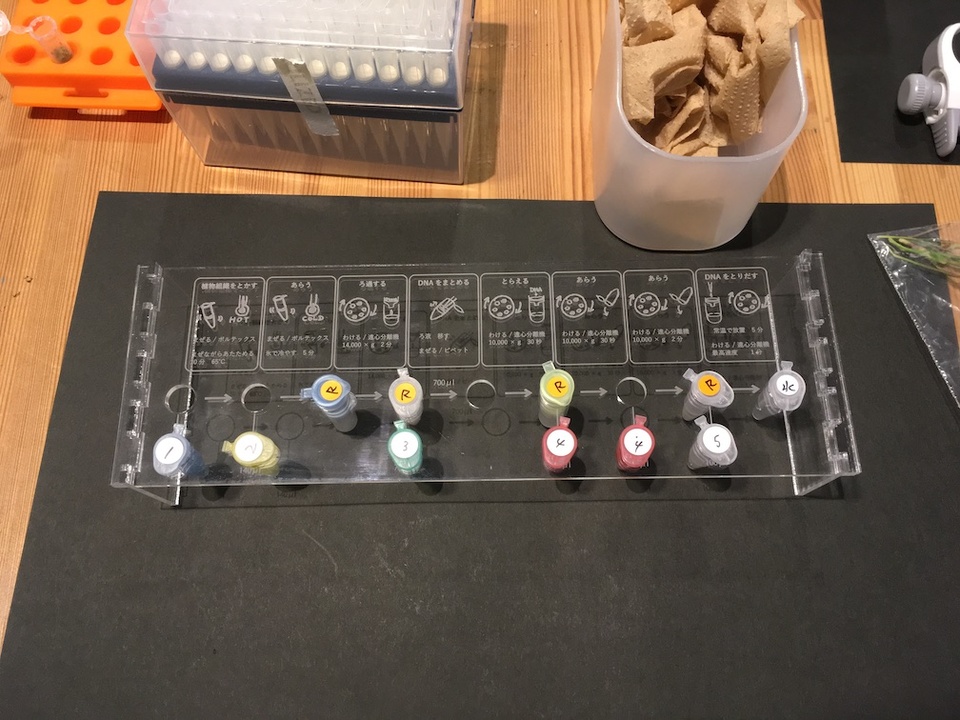 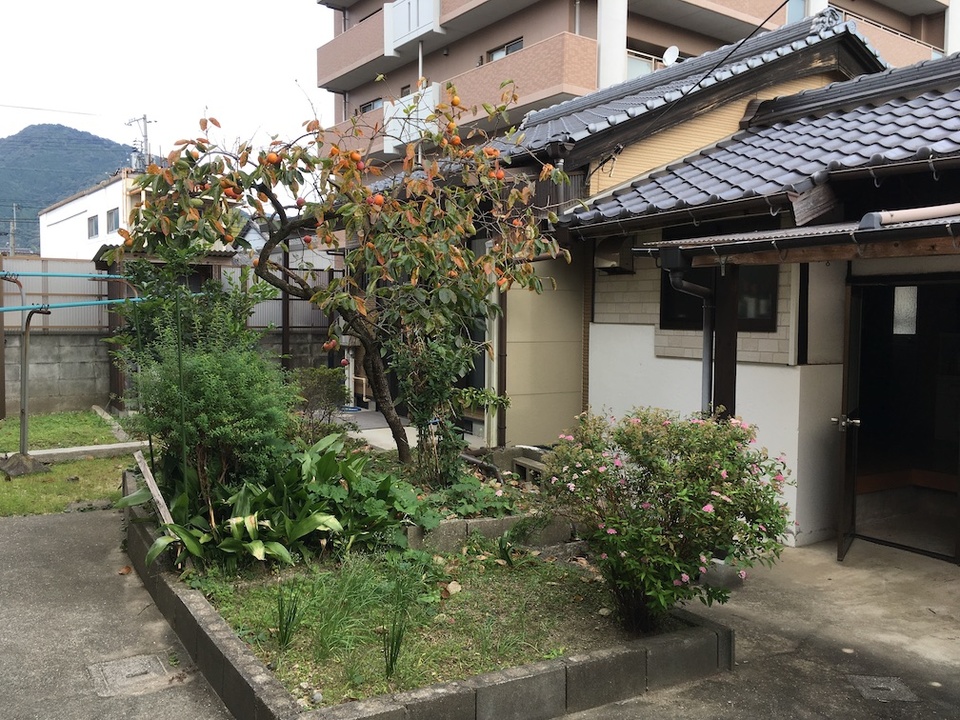 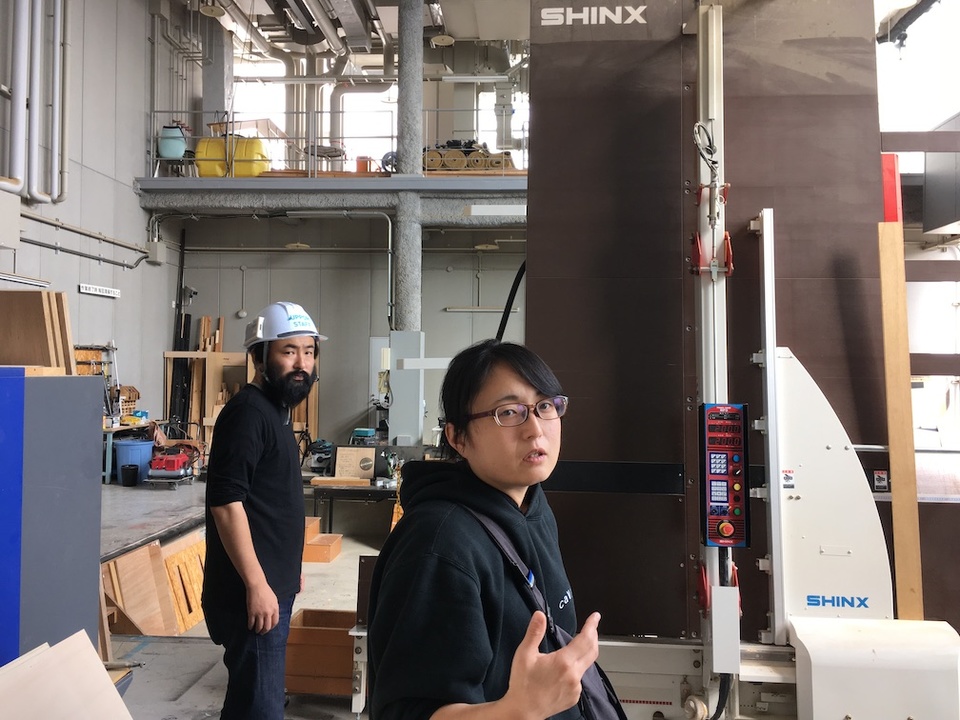 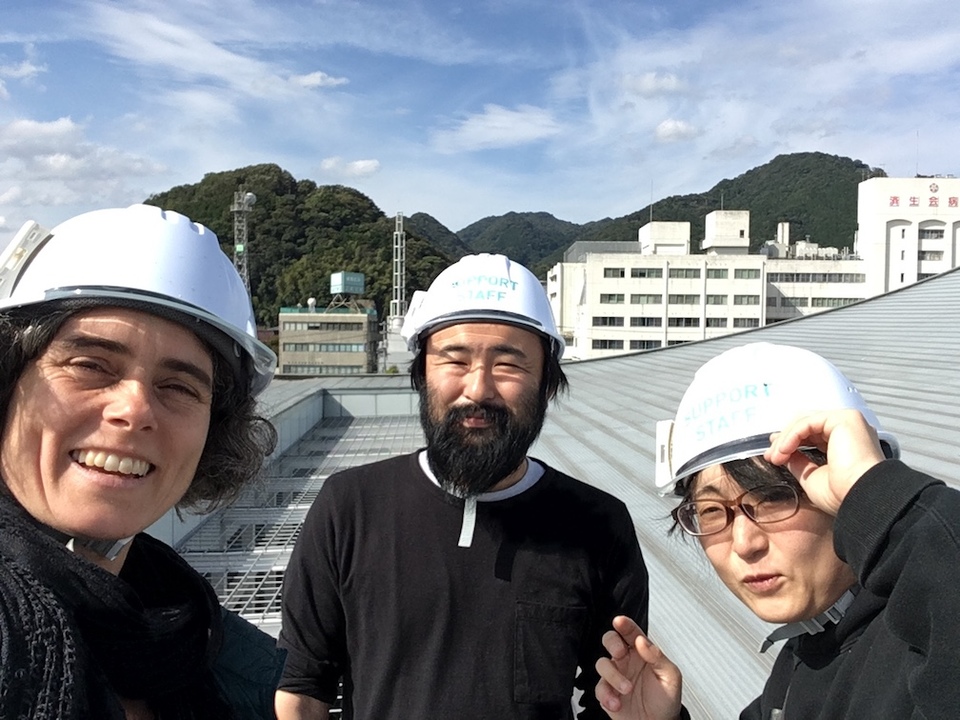 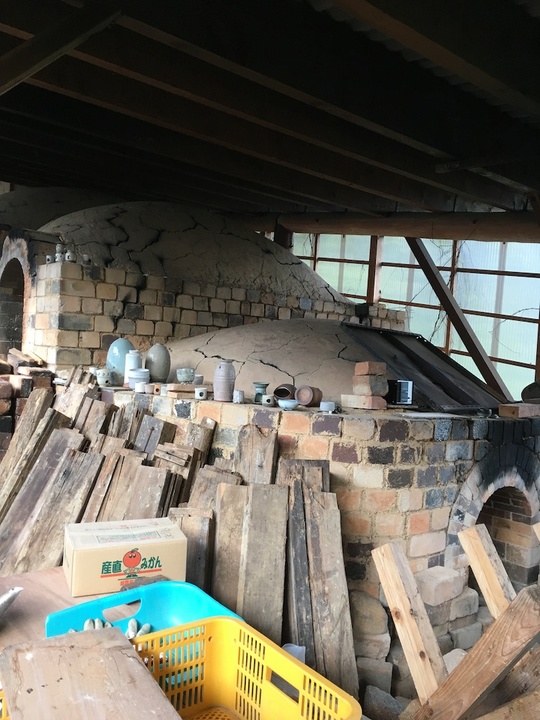 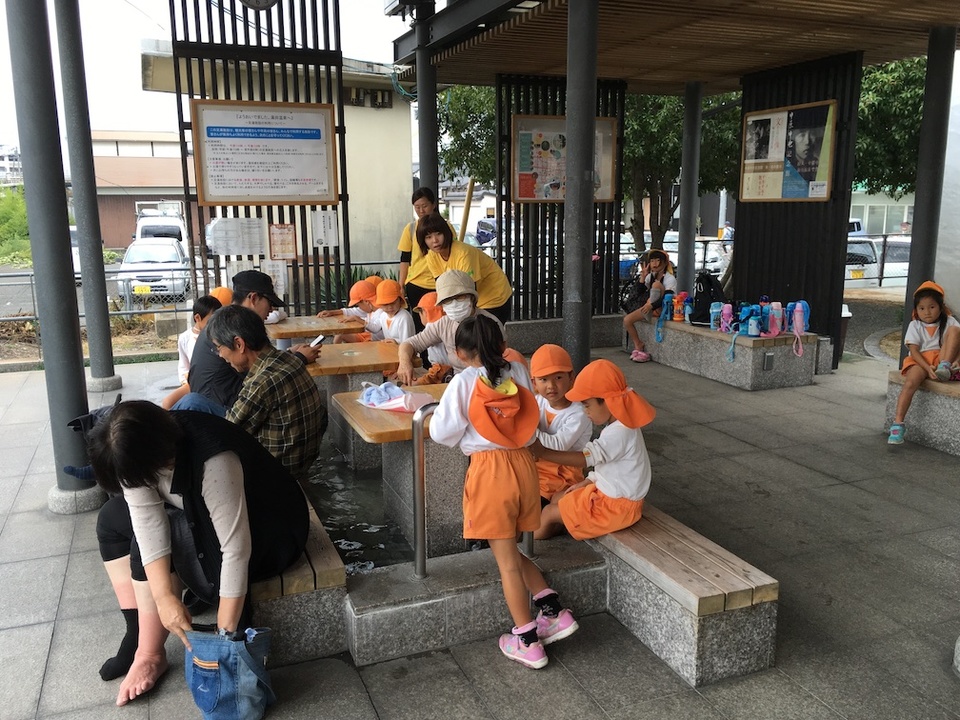 Kyoto - already the sound of this place makes us associate many things - old capital of Japan and residence of the emperor, Geishas and their mysterious worlds, hidden streets with refined masters of Japanese crafts, the Kyoto protocol aimed at the reduction of greenhouse gas emissions....
Kyoto is a magical place, but really full of tourists. Luckily my friend Kaori guided me a bit backstage, where Urushi professionals are repairing expensive pieces and specialized shops sell answers to any question regarding Kin Tsugi. Finally, she reserved a 2 hour slot at a popular Sake house and I had to revoke my opinion about this wine made from rice. What a diversity of tastes we were served, accompanied by exquisit Japanese tapas. Sake has to be fresh. FRESH. Fresh can only be provided locally. Forget about imported Sake.....

Early, the next day, I went to the fleamarket, arranged once a month around the To-ji shrine, What they sell? Well, everything, in all colours and shapes you can imagine.
For a couple of ceramic pieces, I managed to bargain the price down from 1400 yen to "sen yen" - my newly learned word for "one thousand". And the seller agreed.
What a satisfaction - succesful bargaining in Japanese!

Then off to Yamaguchi, a beautiful town between foothills named the "mountain mouth". I was headed for YCAM, the Yamaguchi Centre for Arts and Media. From the train, I immediately dived into the workshop "How to make the Field Guide - DNA of Forests" as observer, since it was not in English. Partly outdoors, patrly in the lab, the participants were hugely motivated during this Sunday afternoon. And this was the general impression that I got from this Art and Science Centre - very motivated, extremely fine atmostphere, welcoming, highly professional and everything seems possible.
YCAM is a cultural centre, a museum, a theatre, a cinema, an event space, a lab and a relaxed and inspiring place for work. The grand guided tour I got the next day, revealed a cornucopia of tools, an arsenal of tech for theatre productions, various maker spaces with 3D printers, laser cutters, CNC machines, a very equipped bio-lab and a team that felt more like a happy family than a group of co-workers. YCAM was impressive, and hard to leave! Ito-san, the director is navigating this ship with a sensitive, innovative and very team-oriented hand.
The 15 year celebrations of this amazing house are coming up. The characteristic curved roof top was blown away by a typhoon rather soon after completion but is a good look out place today.
Fumie-san and Tsuda-san decided to host me in the "guesthouse" and provide me with a bicycle, so I felt very much at home! Tsuda-san then agreed to have an excursion to the local supermarket where he patiently answered all my questions about exotic fruits and packages with lots of Kanji signs on them. Experimental shopping for a sooting dinner that he then prepared at the guesthouse.

And Suga has enrolled for a year at Aalto Media Lab, and wanted to know how many thermo-undershirts and wool hats to bring to Finland.  So we will have a visitor from next April onwards who is eager to meet the Bioart Society!
Hopefully, collaborations can emerge in the future between YCAM and BioartSociety. I think it would be a big gain!

Originally, a visit to Hagi was also planned, but the limitation of the Japan Rail Pass to one week made that impossible. Hagi is famous for its ceramic production, in Japan.
Instead we visited a local pottery with an excited Mr. Yamato, who once took part in an exhibition in Helsinki and ended up on the cover of the catalogue, without ever going to Finland himself, He operates an impressive kiln that he fires twice a year, in the winter preferrably because ithe climate is then less humid.
He provided me with clay samples - all from the region - and explained why the one is "dead" and the other one full of bacterial life. Curious to see how they differ when relocated to a Petri dish!

Maybe the best waiting room ever, I encountered before leaving Yamaguchi station. It is a footbath from the local hotsprings that I then shared with a schoolclass also waiting for the train.

As I am writing these lines, I am shaken by the bullet train racing back to Tokyo, where tomorrow I have invitations to the embassy district, before starting up the BioClub-Tokyo-autoclave.

At this point, I also want to express my deep gratitude for all hospitality, generosity and openness that I encounter every day of my stay in this exotic island!