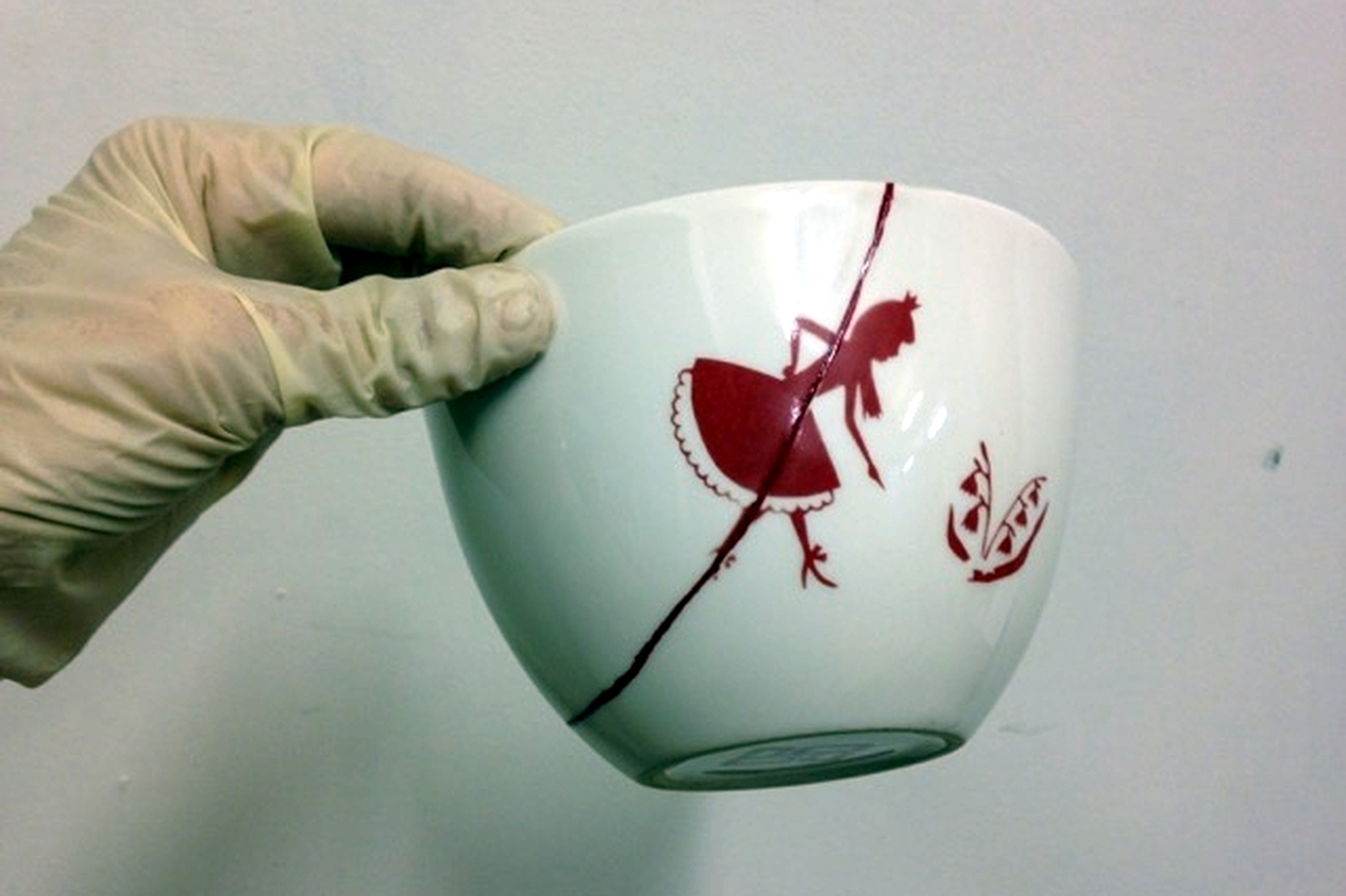 On March 1st closed our open call for the Tokyo Art & Science Research Residency which will be hosted by BioClub Tokyo in partnership with the Finnish Institute in Japan. We received a number of excellent applications and would like to thank everybody who participated in the call for their effort. The selection commitee consisted of members of the BioClub Tokyo, the Finnish Institute in Japan and Bioartsociety.

After reviewing each application, Helsinki based artist Christina Stadlbauer with her research proposal "Ceramic Scar Tissue - A Kin Tsugi Experiment" was unanimously selected for the residency. Her proposal poetically combines Japanese cultural tradition and contemporary biotechnology with a strong artistic concept and benefits directly from local expertice and the infrastructure and network of our collaboration partners in Tokyo.

Kintsugi is a traditional Japanese craft technique for repairing broken ceramics using urushi, a plant-based adhesive lacquer resin, then applying gold or silver. The crack or fault of the object is emphasized and embellished, in contrast to other forms of repair that attempt to hide a history of damage. The technique has developed since the late sixteenth century. Kin Tsugi follows the philosophy of Wabi-sabi - a world view centered on the acceptance of transience and imperfection. The aesthetic is sometimes described as one of beauty that is "imperfect, impermanent, and incomplete".

Christina states about her proposal "In Ceramic Scar Tissue I explore Kin Tsugi with life material as “fixing agent”. I take the idea of amelioration of damage into the living world and introduce the concept of “healing”. The broken pieces are united by growth of living material, creating a “scar tissue of biomatter” joining the surfaces of the fragments. My research focuses on which adequate living material can perform this task, for example bioflm, bacteria, fungi etc. And which conditions are needed for optimal growth on the broken ceramic surfaces."

Christina is an artist and researcher based in Helsinki. She is interested in the complexity of processes and likes to work with the immediate environment, be it the physical space or immaterial contexts. She creates tangible objects, outdoor public installations, as well as ephemeral interventions and rituals. Her work - exhibitions, workshops and events - has been shown in Europe and around the world. Christina obtained a PhD in chemistry and since 2008, she has been focusing and working at the interstices of arts and sciences, in particular with honeybees and their environments as well as with phenomena from the vegetal world, like plant sensing, communication and ecology. Christina has worked with Kin Tsugi for many years and she is leading a Kin Tsugi practice group in Helsinki.