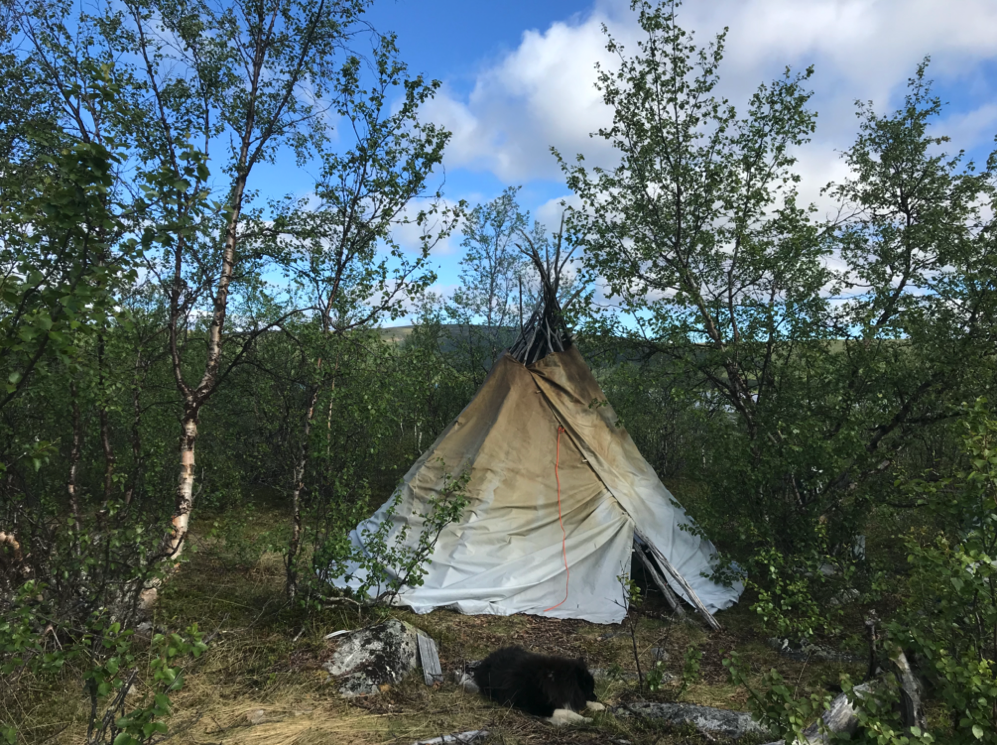 Xeno-Optimizations for Arctic Survival
a project by Emilia Tikka, Oula A. Valkeapää and Leena Valkeapää

In its essence, the Xeno-Optimizations for Arctic Survival project is about the question of human adaptation to a changing environment – now, in the face of a planet in transformation because of human impact - but also in the long run because we know from the past that planetary conditions do change on their own. Currently, predominant considerations in technoscience are to counter-act those changes and to preserve the environment to support human life as we know it. The project speculates on the opposite route, deep human futures through - Xeno-Optimizations - to adapt to an ever changing world with biotechnologies.

The project is an ongoing collaboration between Emilia Tikka, Oula A. Valkeapää and Leena Valkeapää. The research and work is produced within a two-year EU residency program ART4MED with Bioart Society and as a one-month resident within the Biofriction residency program. Emilia Tikka is a Berlin based, Finnish born artist, designer and researcher. Her work explores the philosophical dimensions and cultural implications of the genome editing technology CRISPR engaging with questions of human condition through speculative design-led storytelling. Oula A. Valkeapää is a reindeer herder living in the wilderness of the northern most fell region in western Finland, close to the arctic ocean. He is following the nomadic-based herding tradition of his ancestors. Leena Valkeapää is an artist and researcher; she and Oula A. have worked together since 2011. Their work deals with how the lives of humans and reindeer coincide.

Technoscientific 'fixes' in the field of genetic engineering aim to hinder the ecological crisis by engineering plants and animals to adapt to the changing climate. Some examples are cases where plants are made resistant to heat and extinct species are planned to be 'resurrected' with synthetic biology. However these aims usually follow a human-centered approach, where 'nature' is genetically engineered to adapt to a human-made ecological crisis.

In Oula's everyday life the reindeer - not the human - is central. In his life, the human is the one adapting to the reindeer and following them. The human presence is meant to be part of nature - not to modify it. The reindeer as an animal is not seen as cattle but rather independent beings, coexisting with humans and other living things. The herder, as Oula sees it, must respect the animal 's natural character and movement. Human adaption to the reindeer has created a genealogy of deep knowledge of the environment and a consciousness of being entangled with nature 's elements and other living things. In contemporary reindeer herding, several technological elements have become part of the practice such as drones, gps tracking, and snowmobiles.

The project moves in three different temporalities, combining stories of Oula 's past, present life and a speculative future. The project engages with problems of the contemporary reindeer herding practice, stemming from questions related to land usage and the borders of the herding areas. This also leads to a misunderstanding of the animal's character and an decreased interdependency. Borders restrict reindeers' natural movement, leading into an unecological practice. Following these issues, we aim to re-imagine human-reindeer relations beyond the current modern-human centered way.

Following these situated questions, the project aims to challenge the setting where 'nature' is engineered to adapt to a human-made ecological crisis. What if on the contrary human would be 'enhanced' with genetic modifications to adapt to the changing environment? Arctic animal species, including the reindeer, have biologically adapted to the challenging life conditions and extreme environment. What if human optimization would mean to adapt to nature's rhythm, and through that, open up a possibility for a new kind of posthuman futures?

The project speculates on biomedical applications of genome-editing beyond genetic determinism and human exceptionalism indicating the human condition as deeply entangled with more-than-human worlds. The project draws from Oula's everyday life with his reindeer, simultaneously re-imagining a new kind of human condition in a relation to nature and shifting environmental conditions of the arctic.