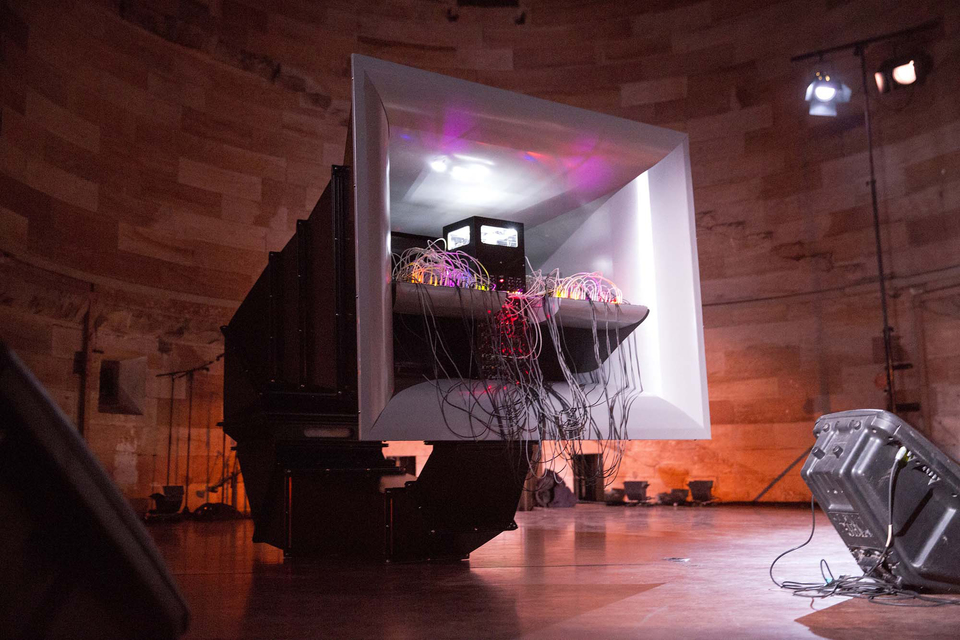 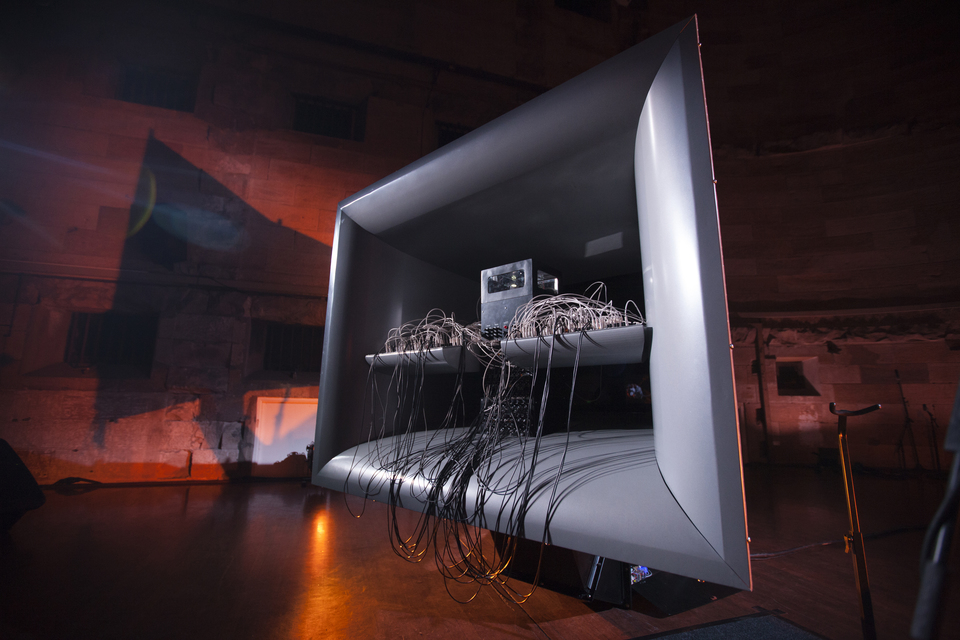 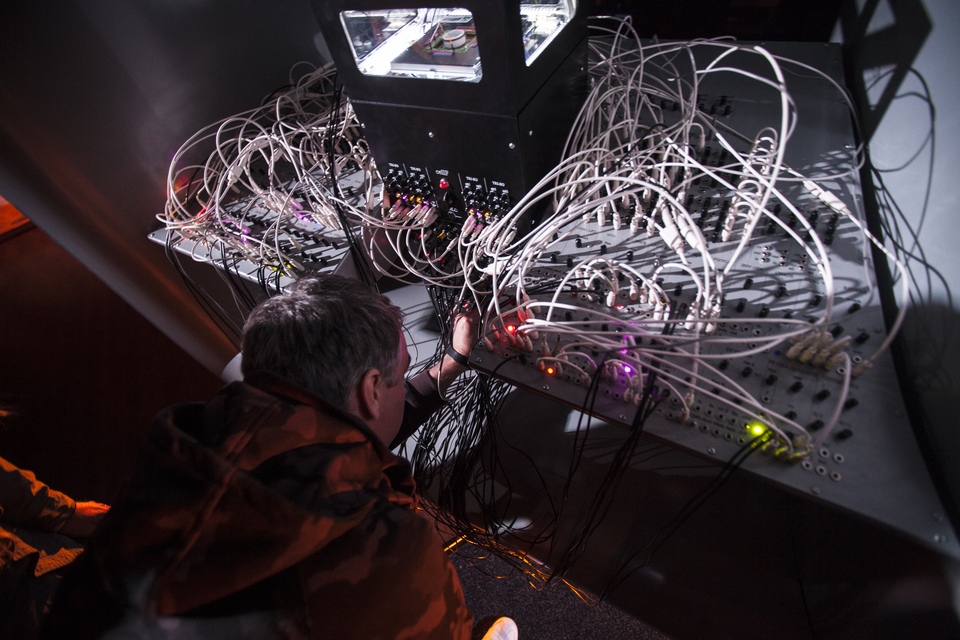 cellF is Australian artist-researcher Guy Ben-Ary’s self-portrait but also the world’s first neural synthesizer that has been touring internationally since 2015. cellF’s 'brain' is made of a biological neural network that grows in a Petri dish and controls in real time an array of analogue modular synthesizers that were custom made to work in synergy with the neural network. It is a completely autonomous, wet and analogue instrument. The artist had a biopsy taken from his arm, then he cultivated his skin cells in vitro in the labs of SymbioticA at UWA, and using Induced Pluripotent Stem cell technology, he transformed his skin cells into stem cells. When these stem cells began to differentiate they were pushed down the neuronal lineage until they became neural stem cells, which were then fully differentiated into neural networks over a Multi-Electrode Array (MEA) dish to become “Ben-Ary’s external brain”.

Human musicians are invited to play with cellF in special one-off shows. The human-made music is fed to the neurons as stimulation, and the neurons respond by controlling the analogue synthesizers, and together they perform live, reflexive and improvised sound pieces or jam sessions that are not entirely human. The sound is specialized in the space to 16 speakers. The specialization is controlled by the neural network and reflects the special pockets of activity within the petri dish. Walking around the performance space offers the sensation of walking through Ben-Ary’s external brain in real time.

In the first concert in March 29th, cellF is playing with electronic music wizard AGF aka Antye Greie-Ripatti who utilizes language, electronics, field recordings, politics and explores speech within the audible depths of anti-rhythmic post-internet assemblages.

In the second concert in March 30th, cellF is playing with defunensemble, a pioneer in electroacustic music in Finland who is celebrating its' 10th year of existence. Visiting guest of defunensemble is jazz drummer Olavi Louhivuori who is known from his work in many of the most recognized jazz bands in Finland.
defunensemble members playing with cellF:
Hanna Kinnunen, flute
Mikko Raasakka, clarinet
Timo Kurkikangas, electronics
Sami Klemola, electronics (defunensemble's artistic director)
Guest drummer Olavi Louhivuori

Ticket sales start at Heureka website in March 15. Note that with the same ticket you can experience the Heureka exhibitions. After the one hour cellF performance, there's also a possibility to talk with the artists.