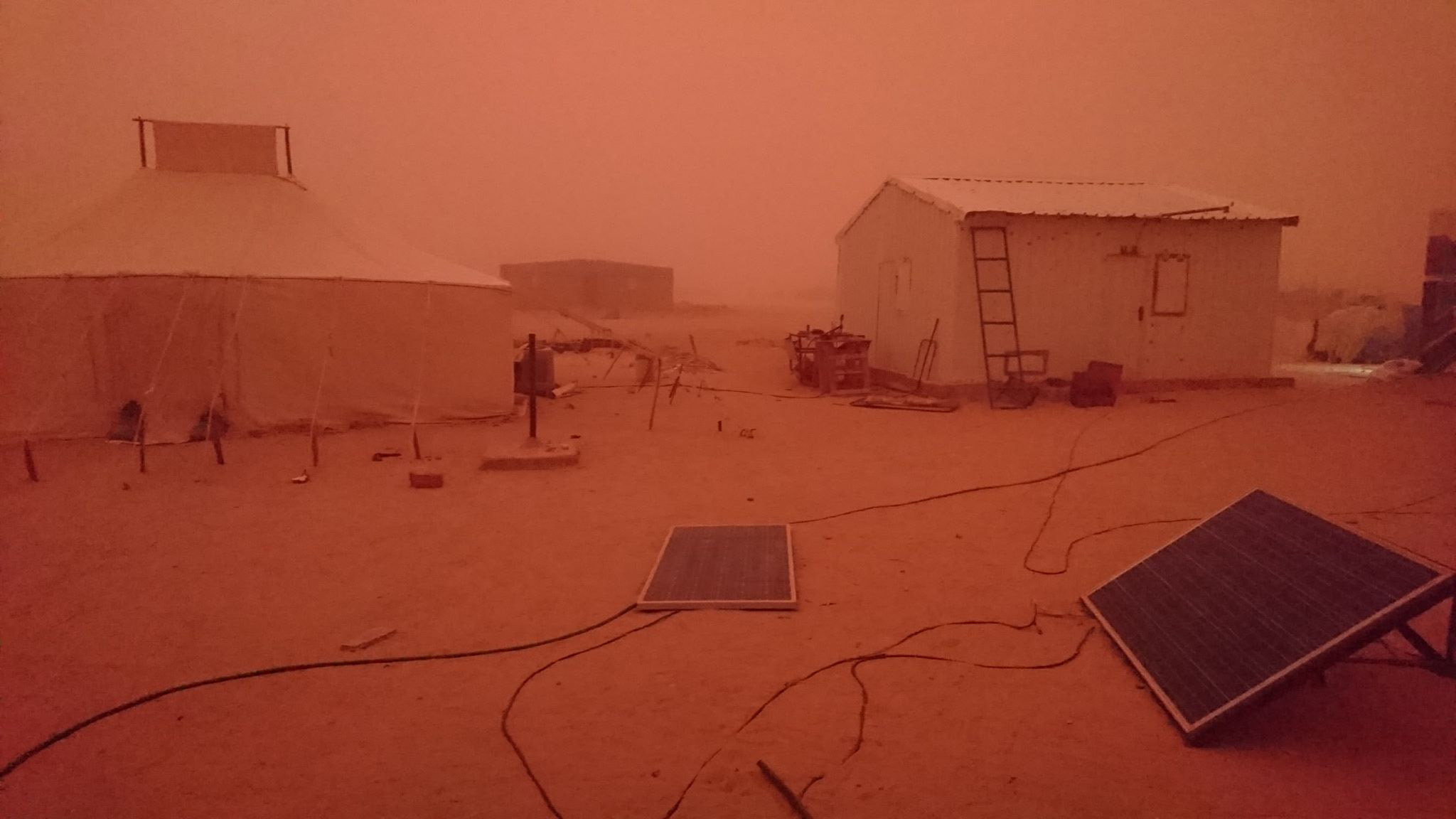 Join us for a talk by Pekka Niskanen and Mohamed Sleiman Labat, artists behind PhosFATE project!

"Exhaustion and processing of finite resources such as phosphate has consequences for both humans and the environment. Large amounts of man-made phosphate processing from agricultural activities ends up in the Baltic Sea creating eutrophication, which is one of the biggest problems in the Baltic Sea. Scientists even talk about a dead area, a desert, in the bottom of the sea. Thousands of miles away, a huge source of phosphate rock located in the northwestern part of Africa is causing the dislocation of the Saharawi Nomadic community, as Morocco has occupied a large part of the desert because of its interests in phosphate mines. PhosFATE project highlights the impossibility of a nomadic lifestyle in Western Sahara, from where the Saharawis have fled to the Hamada Desert in Algeria. The story doesn't get much media coverage but it has strong connections to food and agriculture both in Africa and in Europe."

PhosFATE is an artistic research project taking place in two different geographical locations, developed by Niskanen and Sleiman Labat. For them it is important to contextualize knowledge and experience from both the Baltic Sea and the Sahara Desert. The duo has finished the first phase of the project, a community art piece in a nomadic tent, and they're currenly writing a research article. The next phases of the project include a film, a video installation and two peer-reviewed research articles.

Pekka Niskanen is a media artist, filmmaker, researcher and a Doctor of Fine Arts. He has exhibited in museums, galleries and film festivals around Europe, North America, and Asia since 1990, and curated several exhibitions in e.g. Helsinki City Art Museum, Ateneum, the Culture Capital exhibition in the Ruhr area (Dortmund, Germany), Nordic Arts Centre, and The Finnish Labour Museum Werstas. Niskanen has works in numerous collections by institutions including Kiasma, Helsinki City Art Museum, Espoo City, Contemporary Arts Centre in Vilnius, Rijksakademie van Beeldende Kunsten (Amsterdam, Netherlands), and in private collections. In 2012, Yle TV1 showed his documentary film Virtual War, which expounds on the Chechen refugees who fled to Europe from Russia. Can You Hear Me, a video installation depicting Antarctica and Burma was on display at Photographic Gallery Hippolyte in 2013. Niskanen's video work Community Terrorists was created in the aftermath of the November 2015 Paris attacks, during which he was staying near the Bataclan Theatre. Niskanen has written two research articles on ISIS terrorist acts.

Mohamed Sleiman Labat is a photographer and video artist born in the Saharawi refugee camp in the Hamada desert in southwest Algeria. He took his primary education in the refugee camp before moving to study English literature at the University of Batna, Algeria. In 2014, Sleiman Labat collaborated with poet Sam Berkson, publishing Settled Wanderers, a collection of poems from the Saharawi oral traditions. He was the first to translate the most famous poems of Western Sahara into English. Sleiman Labat is the creator of Motif Art Studio, an art space built entirely from discarded materials located in Samara Camp. It functions as a creative hub for art creation and art education.